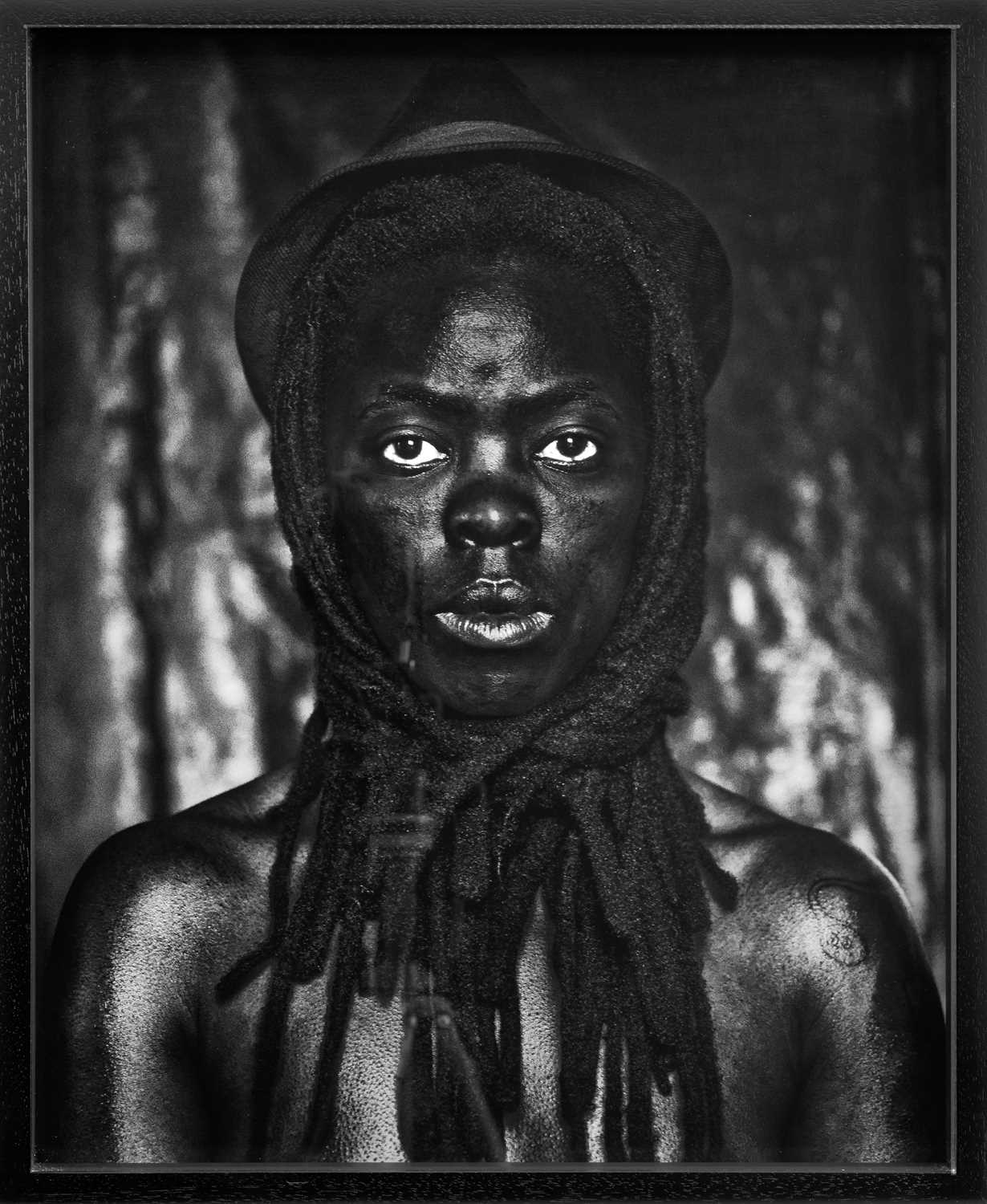 
The condition of the work is excellent.

Thulani I, Paris, 2014 is part of the seminal Somnyama Ngonyama series, where Zanele Muholi stepped in front of the camera to create portraits in which the artist is both the participant and image-maker. Somnyama Ngonyama means ‘Hail, the Dark Lioness’ in isiZulu, and is Muholi’s personal approach as a visual activist to confront the politics of race and (gender) identity in the photographic archive. For Muholi, it is a statement of self-presentation and protest through portraiture.

This series sees Muholi experimenting with various archetypes and performing different characters, highly stylised and expressively portrayed in high-contrast black and white tonal values. These self-portraits were captured in different cities in America, Africa and Europe – part of the artist’s own journey to imprint the memories and connections made with those places and people.

In the introduction of the Somnyama Ngonyama catalogue published in 2015, Muholi wrote: ‘In Somnyama Ngonyama, I have embarked on a discomforting self-defining journey, rethinking the culture of the selfie, self-representation and self-expression. I have investigated how photographers can question and deal with the body as material or mix it with objects to further aestheticise black personhood. My abiding concern is, can photographers look at themselves and question who they are in society and the position/s that they hold, and maintain these roles thereafter?’[1]

Thulani I, Paris, 2014 is a striking, mesmerising portrait – extraordinarily powerful and emotionally engaging as the artist’s direct eye contact subverts the viewer’s gaze. The image was first exhibited in 2015 in the debut iteration of Somnyama Ngonyama at Stevenson Gallery in Johannesburg.

The latest instalment of Somnyama Ngonyama opened in June 2022 at Fotografihuset in Norway, and the Kunstforeningen Gl Strand in Denmark recently presented the artist’s major survey exhibition, curated in association with Tate Modern and Bildmuseet.