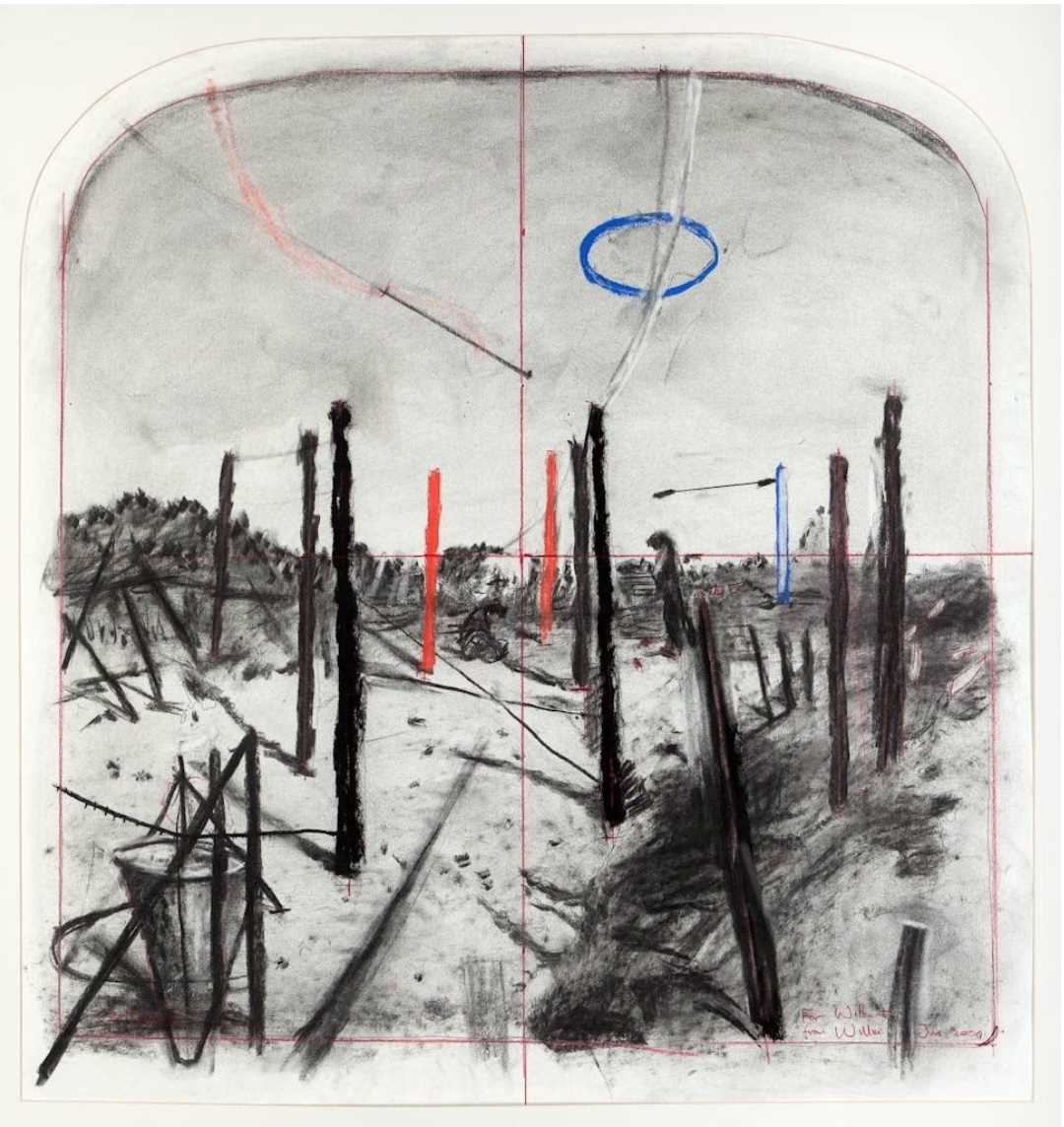 A hallmark of William Kentridge’s oeuvre is his continuous experimentation with various techniques of drawing, the mechanics of making art and the construction of vision. As early as the 1990s, most notably in his hand-drawn, stop motion animated films, Kentridge presented his scenes in various optical frameworks – like the stereoscopic views in Felix in Exile (1994) – not only for dramatic effect but to comment on the act of looking. Kentridge explains: “I’m interested in machines that make you aware of the process of seeing and aware of what you do when you construct the world by looking. This is interesting in itself, but more as a broad-based metaphor for how we understand the world”.[1]

During the course of 2004, while conceptualising, developing and assembling the body of work for Preparing the Flute (2005), Kentridge produced several preparatory and exploratory drawings, investigating thematic scenes and various options for framing, projecting and filming. In Arched Landscape, using charcoal and a touch of blue and red chalk pastel, Kentridge expressively depicts a barren landscape setting in an arched-framed view. The format of the drawing references the structural framework of the model theatre and similar arched-shaped formats present in other drawings from Preparing the Flute, suggesting that the drawing was a precursor to this important body of work.

The location of this landscape is unknown, yet by superimposing various surveying markers, Kentridge once more brings attention to the universal issue of Man’s exploration, exploitation and re-shaping of the natural terrain.