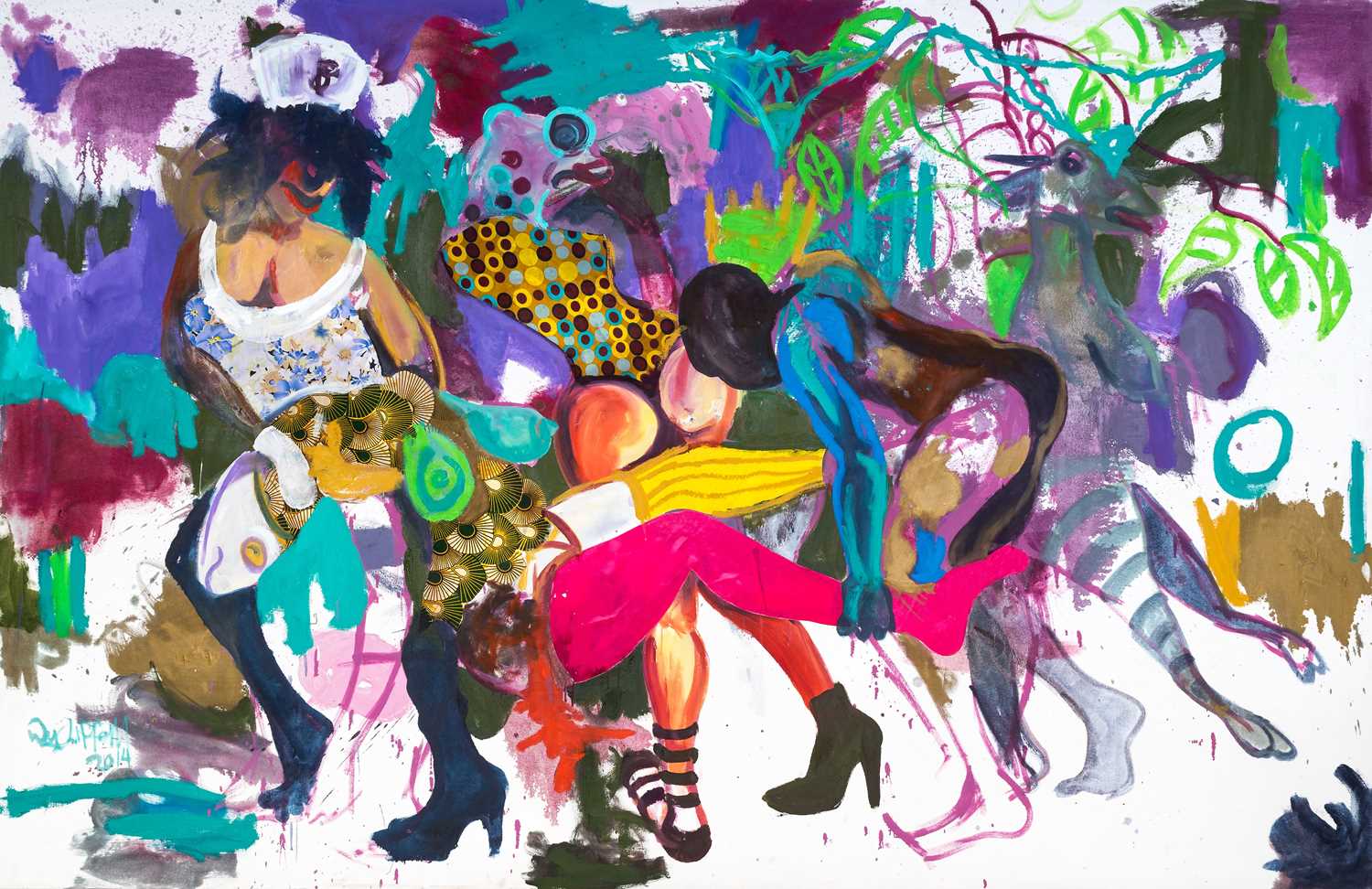 When my fellow jurors and I selected Wycliffe Mundopa for the 2021 FNB Art Prize, the decision was unanimous. What struck us was the artist’s vitality – a Dionysian force in full throttle. After Charles Baudelaire, Mundopa is the Painter of Modern African Life. His Harare and Johannesburg was Baudelaire’s Paris, of “thousands of floating existences … which drift in the underworld of a great city”, a world of “violent and contrasting colours”, “steeped as though in an atmosphere of the marvellous”.[1]

In Mundopa’s paintings we find an artist hyper-alert to the moment – what it takes to make art now. The rapidity of movement of paint echoes a city’s rapidly lived metamorphoses. A stagey high-drama permeates the paintings, shot inside a lurid bilious glow that evokes Baudelaire’s “red, orange, sulphur-yellow, pink … purple” which conjure “wanton beauty”. It is this wantonness, this profligate decadence, which most forcefully echoes Baudelaire’s vision of an underground modernity in Paris in the mid-nineteenth century, that is never glibly celebratory but caught in a dark twist – an art so purely natural that it captures “the beautiful amid the horrible”.[2]

In an exponential Contemporary African Art moment, in which solitary black figures abound, Mundopa gives us the bacchanalian crowd, a carnivalesque underworld. In an era of moral righteousness, or revisionism, he gives us an unrepentant and morally perverse take on the ‘Afropolitan’ – an inner-city, cosmopolitan, African experience and experiment with modernity. Africa has, through centuries of prejudice, been constructed as the thither side of European Reason and Enlightenment. If Mundopa triggers this prejudice he does so unintentionally, for what matters far more to him are the gains of a Dionysian vision of the world – distinguished by flux, the vivacity of the transitory.

“Each age has a deportment, a glance and a smile of its own” writes Baudelaire. “This transitory, fugitive element, whose metamorphoses are so rapid, must on no account be despised or dispensed with”.[3] This corrective applies profoundly to the paintings of Wycliffe Mundopa, an artist at the peak of his game, daringly brash, wildly dissolute, a fauvist and expressionist whose lines and stabs are as unrepentant as his use of colour. Right now, at this moment in African time, he is deserving of every accolade he receives.