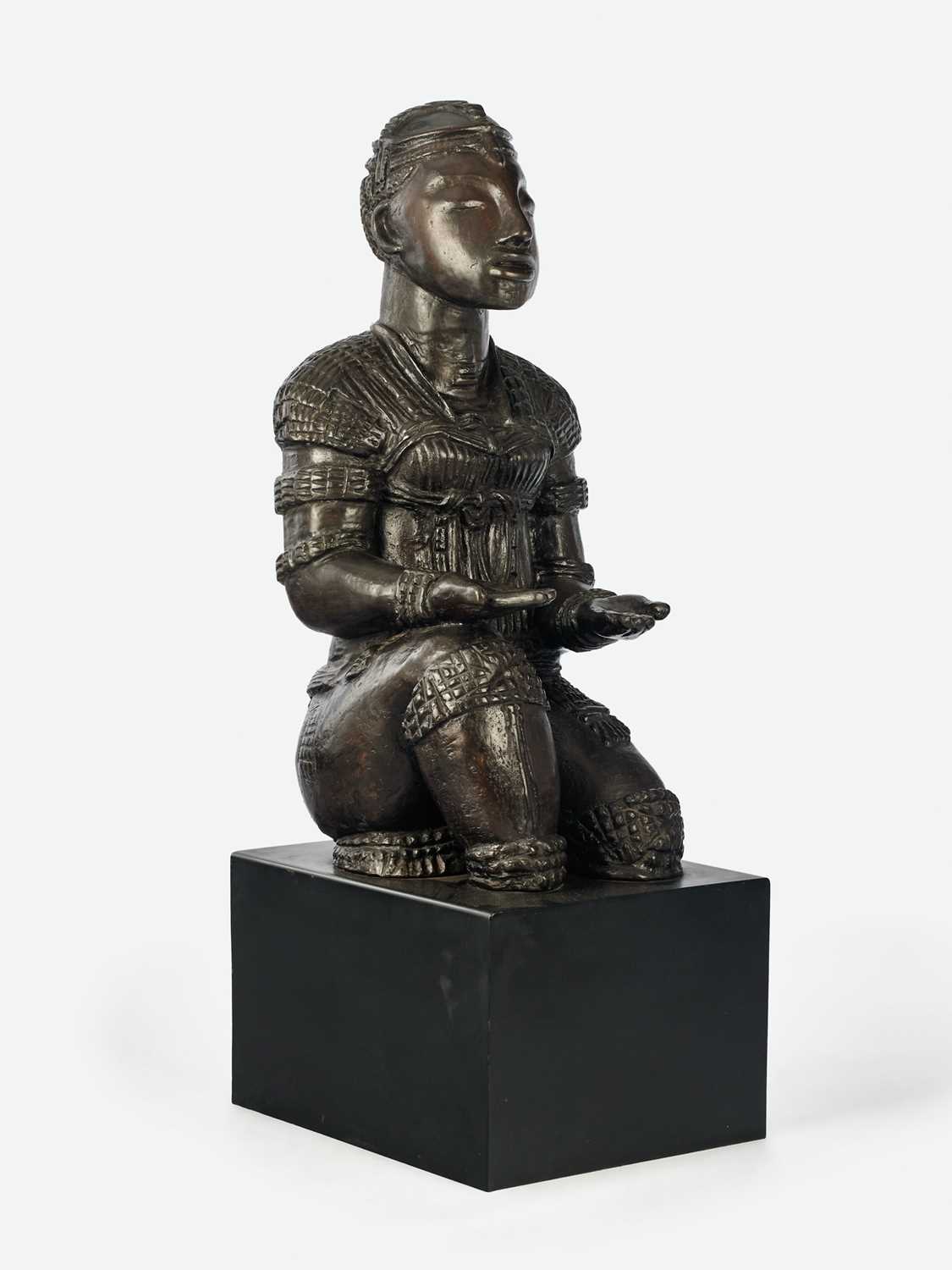 bronze on a steel base

bronze on a steel base

Celebrated South African contemporary artist Deborah Bell works in a range of media including canvas, paper, dry point etching and large-scale bronzes. She has developed powerful and recognisable motifs across her works and her iconography draws from a wide range of cultures – African, Chinese, Egyptian, Greek, early Christian and European. Fascinated by ancient civilisations and their excavated artefacts her work incorporates powerful, totemic images and layered visual, symbolic and iconographic references of past and present worlds.

Meditation 1 was first shown as a part of Bell’s Meditation series in Earthworks/Claybodies, a thematic exhibition of ceramic sculpture at the Pretoria Art Museum and Standard Bank Gallery in 2003 and the Sasol Museum in 2004. The show was curated by artist Wilma Cruise and included artwork by Deborah Bell, Guy du Toit, Josephine Ghesa and Cruise herself.

Cruise notes that, “all four artists work figuratively” and that they, “all use the body as a conveyor of meaning”. The most obvious link is, however, “their use of the material of fired clay”. They were united by the ways in which they boldly challenge the boundaries of ceramics. Bell is not known primarily for her work with clay. She has however achieved notable success with the medium and Cruise elaborates that “it takes an artist from outside ceramics to show us how the medium can be used in a manner that is both assertively physical in its dealing with the elements of clay and fire and at the same time challenging in its conceptual ramifications”.

The Meditation Series I-III were originally exhibited only in their clay form and later cast in bronze. An edition of 5 and 2 artists proof were cast and were first exhibited by the Everard Read Gallery at the 2012 FNB Joburg Artfair.

Bell’s work is represented in public and private collections around the world including the Museum of Modern Art in New York, the Smithsonian Institute and the National Gallery of Art in Washington DC, the Hara Museum in Tokyo and the IZIKO South African National Gallery in Cape Town.