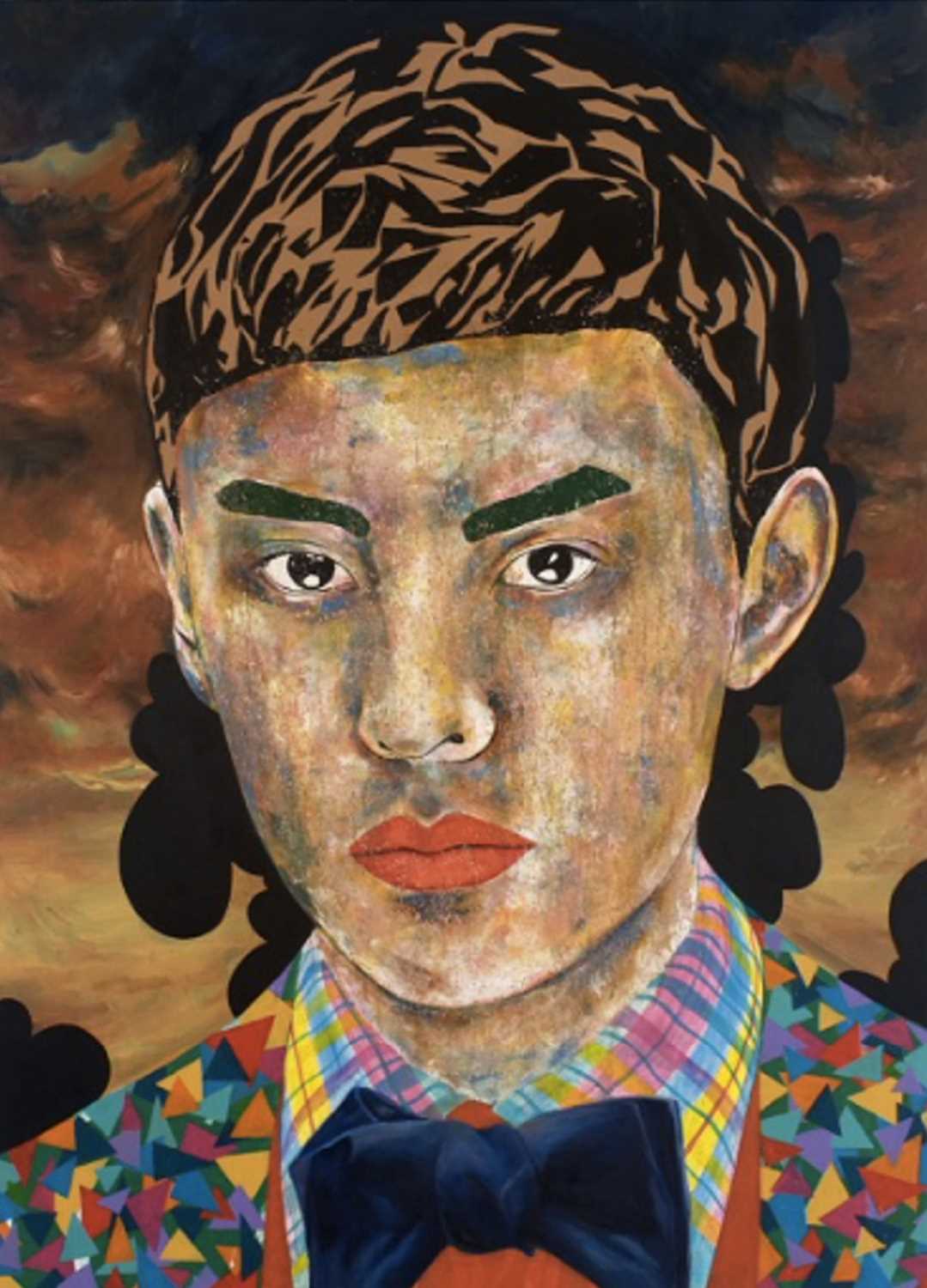 Striking in scale, this fiercely alluring portrait formed part of Mustafa Maluka’s 2009 debut exhibition in New York, where he presented new works from his ongoing series of psychedelically-coloured portraits that illustrate the hybrid nature and nomadic lifestyle of young people in urban centres around the world. The title of the exhibition, A Place So Foreign – borrowed from the name of Cory Doctorow's 2003 science fiction volume – refers to the artist’s own experience as a global citizen, where cultures morph and merge.

Born in Cape Town, Maluka left for Amsterdam in 1998 to study at de Ateliers, after which he divided his time between Berlin, Helsinki and New York. For Maluka, his solo shows are like directing theatrical plays, where the paintings portray a cast of diverse enigmatic characters who, like the artist himself, inhabit plural worlds.

The faces of these transnational characters are densely painted – built-up layers of washes are juxtaposed with bold patterns and forms in various hues that determine the mood and tone of the work, without giving the subject a figurative context. About his portraits, Maluka states: “My characters have always been physically ambiguous, transracial and intercultural beings and their experience is, by definition, international”.[1]

I forgot where it all began, with the subject’s direct and intense gaze, is an exceptional example of Maluka’s highly stylized portraits that sees the artist pushing the boundaries of this art historical genre as he, like in Doctorow’s tales, explores aspects of pop culture, trash, cool, punk, nerd pride, and the nexus of technology and social change. In these paintings, Mustafa Maluka presents a view of the possible cultural and social futures that may arise – in our lifetime.

In 2009, the same year in which this painting was produced, another portrait painting by the artist was selected as the cover image for the seminal publication South African Art Now, edited by Sue Williamson.