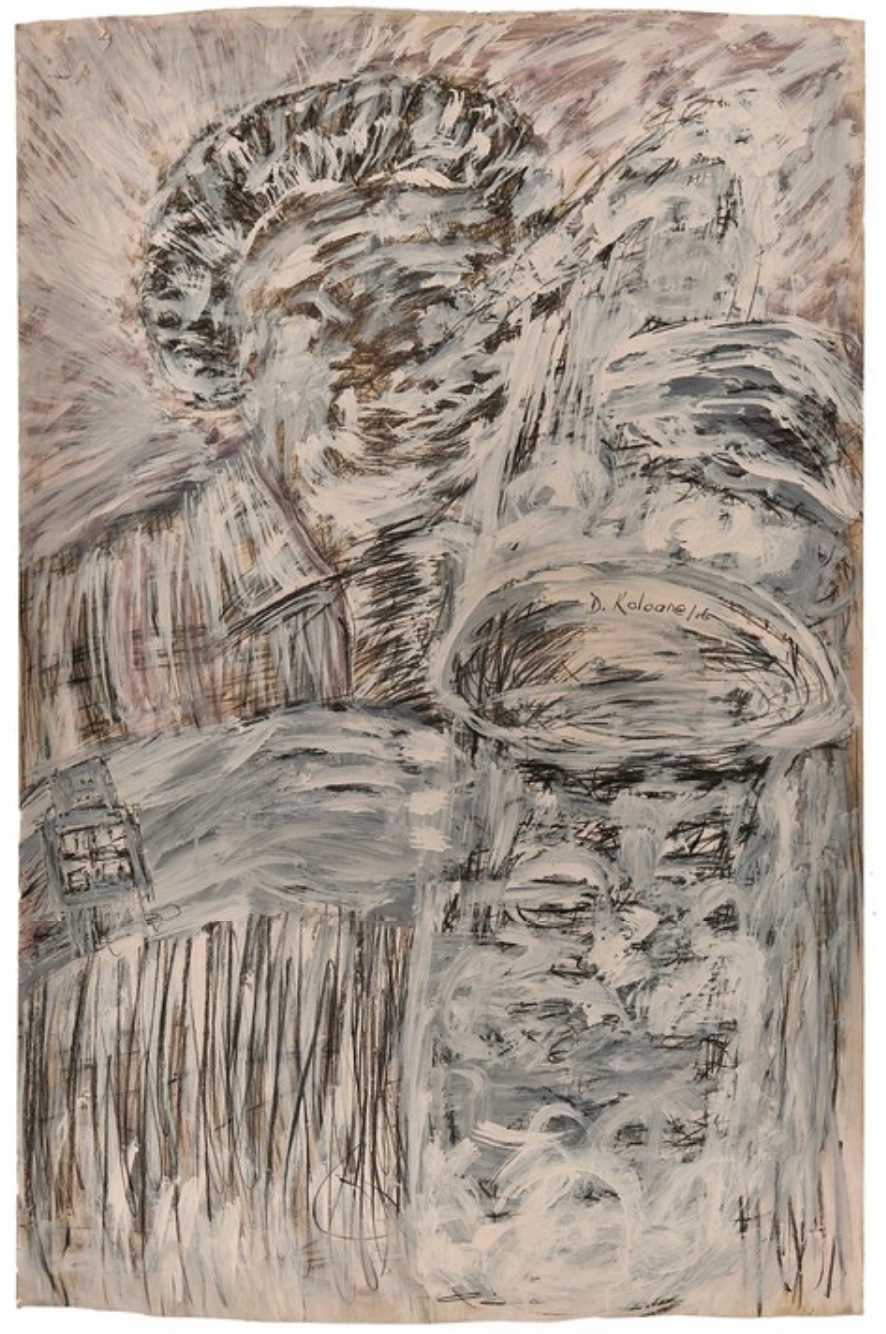 acrylic and pencil on paper

acrylic and pencil on paper

Celebrated as one of South Africa’s most renowned expressionist painters, David Koloane was not only a respected artist, but commended for his contribution and pioneering work in art education and mentoring – pouring himself into both his own practice, that extended over five decades, and the future artists in his country.

Saxophone No. 3 formed part of an impressive body of large-scale works exhibited in In the City, his final solo exhibition before his untimely passing in 2019. For this exhibition, Koloane’s central subject was a visual interrogation of black life (the socio-political and existential human condition) in the city of Johannesburg – the artist’s hometown. His works are passionately populated with his characteristic depictions of cityscapes, townships, street life, traffic jams, migration scenes, refugees, dogs, birds and, of course, jazz musicians – among others.

In this striking painting, Koloane’s saxophone player is portrayed through charged and exaggeratedly executed brushstrokes in a palette of achromatic greys. The scene is visually exuberant, evocative, yet in a way poetic.

Throughout his career, David Koloane’s work has been widely exhibited locally and internationally. In 1999, he was part of Liberated Voices at the National Museum of African Art in Washington DC and in 2013, Koloane’s work was shown on the South African pavilion at the 55th Venice Biennale.

In 2015, the year before making this work, the artist received his second honorary doctorate, this time from Rhodes University. The first was from WITS University in 2012.