Zemba Luzamba (b. 1973) is a leading contemporary painter from the Democratic Republic of Congo (DRC). Luzamba trained at the Evelyn Hone College of Applied Art and Commerce in Lusaka, Zambia’s largest college. In 2000, due to political unrest in the DRC, Luzamba immigrated to South Africa to pursue a career in art and his own experiences as a migrant are central to his artistic practice.

Luzamba’s boldly painted canvasses depict members of the black middle class participating in leisurely activities such as visiting the barber or listening to music, as well as migrants and the everyday hardships they face. The figures Luzamba presents are almost always formally dressed, dapperly presented men in an act of satire referring to DRC president Mobutu’s ban on western clothing in the country – and particularly blazers, shirts, ties and bow ties. In extension to this, much of Luzamba’s work examines freedom and oppression as it relates to fashion and dress.

Luzamba can be described as a proponent of contemporary realism. His style is one reminiscent of Congolese advertising traditions characterised by a use of bold hues, large flat planes of colour and flattening line. Luzamba has exhibited widely across South Africa, as well as in group shows abroad including at AKAA (Also Known As Africa), Paris in 2019 and at 1:54 Contemporary African Art, London in 2013. His work is held in a number of public and private collections including locally at the Durban Art Gallery, and internationally at the Perez Art Museum Miami. 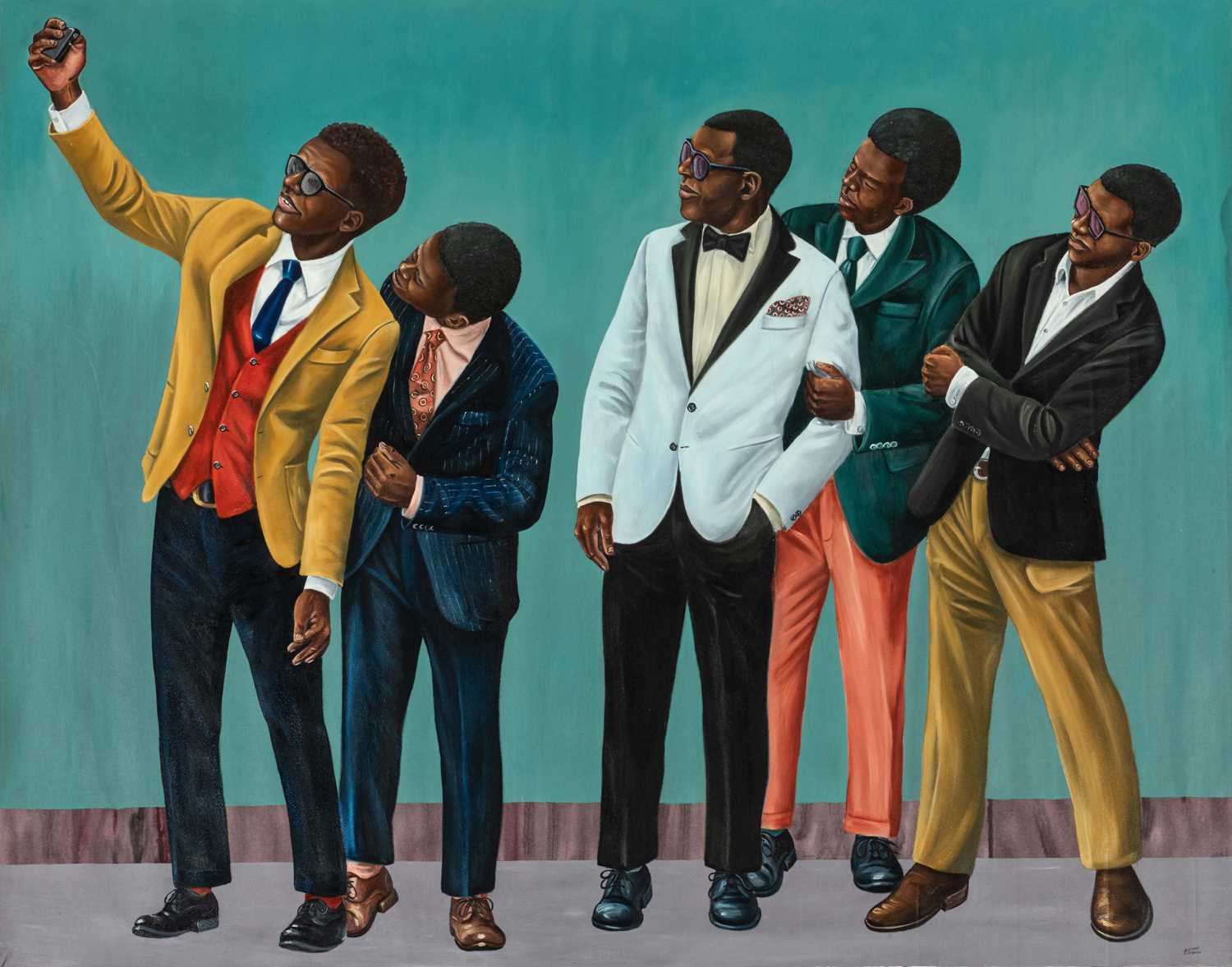 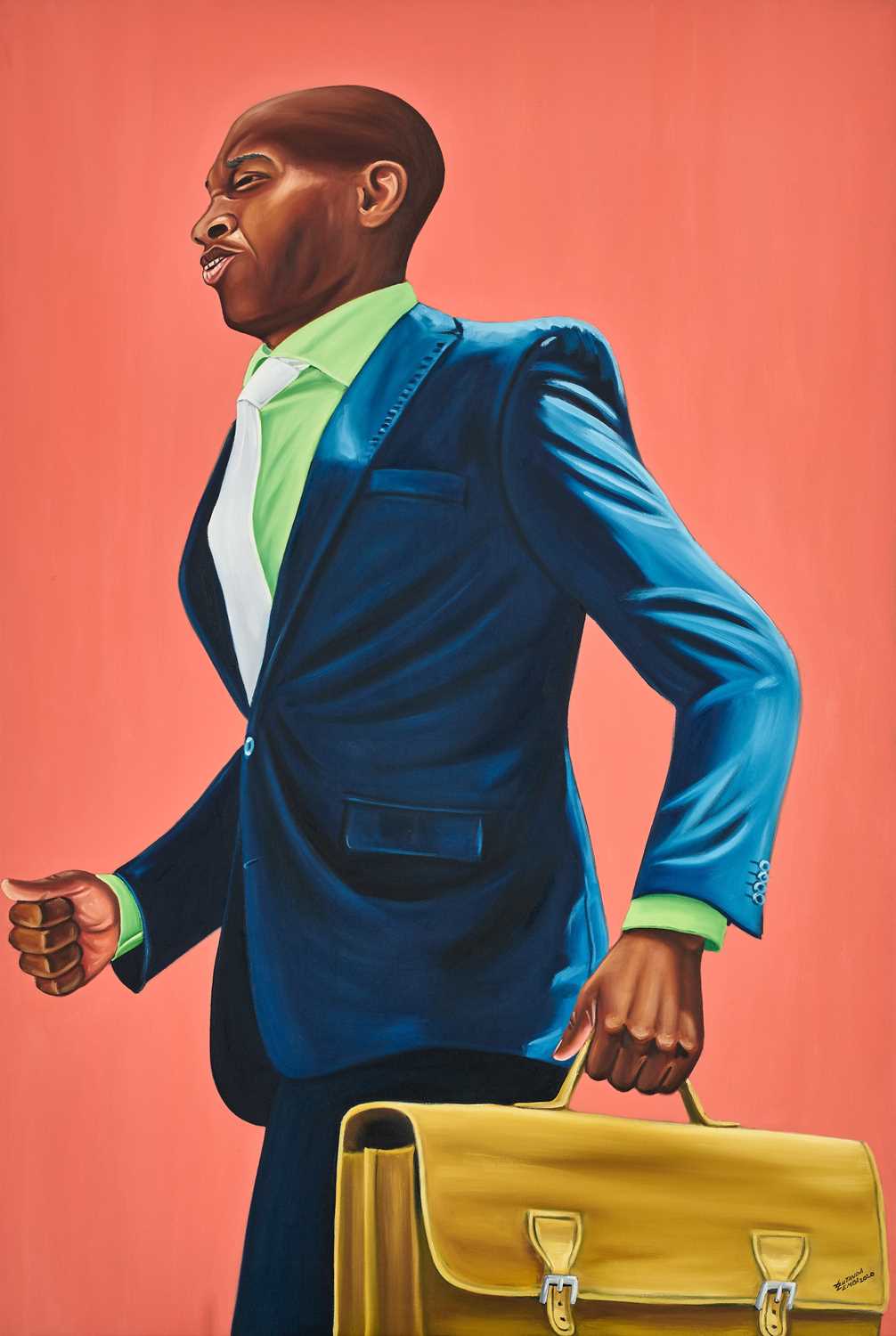 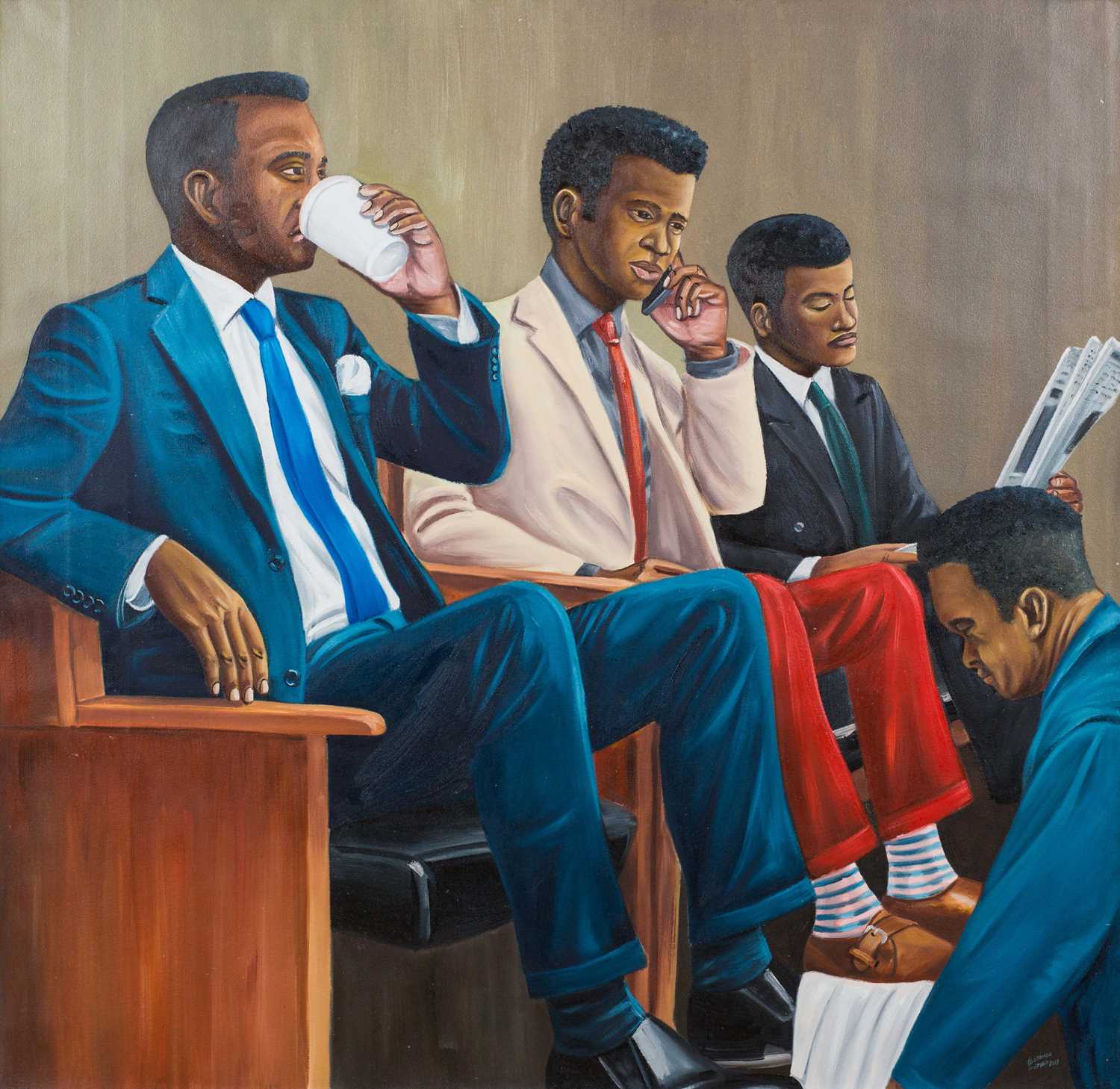 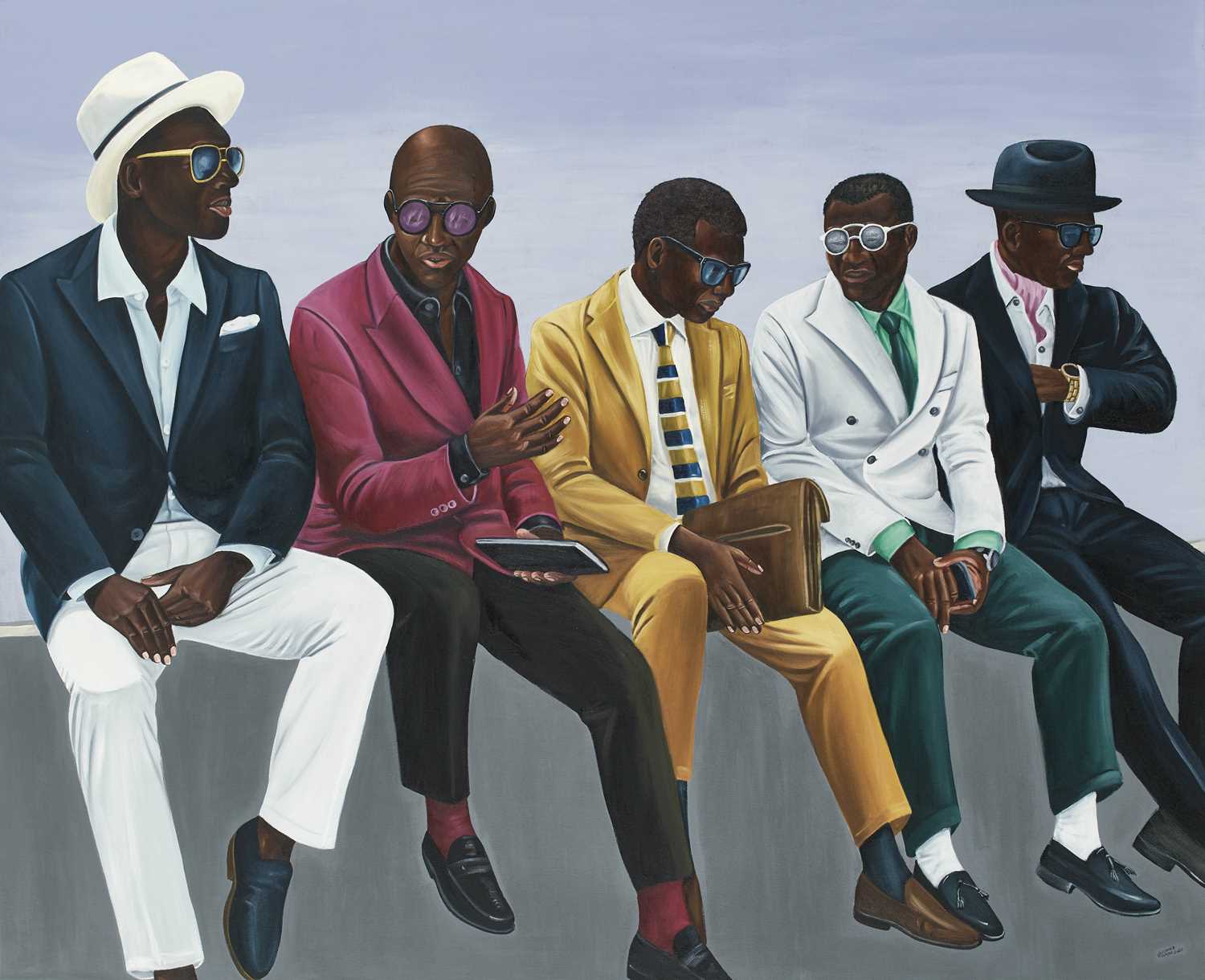