Manchester-based Nigerian contemporary artist, Titus Agbara has received notable international attention for his distinct paintings. Born in Lagos, Agbara earned his Higher National Diploma from the Federal Polytechnic’s School of Art and Design in 1999. During his studies there, he was the recipient of a number of recognitions, including the Rector’s Award for the best graduating student.

In 2006, in an inter-cultural exchange under the sponsorship of the Ford Foundation, Agbara was invited to participate in a residency with the esteemed Ghanaian artist, Ablade Glover. The following year, Agbara immigrated the UK, initially settling in London. That same year, Scapes from Africa, the artist’s debut solo exhibition, was shown at Redbridge Museum and Central Library, London.

Agbara’s practice is comprised of a variety of landscape and everyday scenes, drawn from both Nigerian and British imagery. Working predominantly in oil, and using a palette knife, the artist is well versed in the formal elements of colour and texture. Outside of his output in paint, Agbara also works in watercolours and with pastel.

Agbara’s works have been widely exhibited across Nigeria and the UK, including in shows at Whitechapel Gallery, London; the AACDD Festival, Southbank, London and the National Museum, Lagos amongst others. He has been the recipient of three prestigious SkyArt awards namely: SkyArt Portrait Artist of the Year 2014 and SkyArt Landscape Artist of the Year 2015 and 2016. 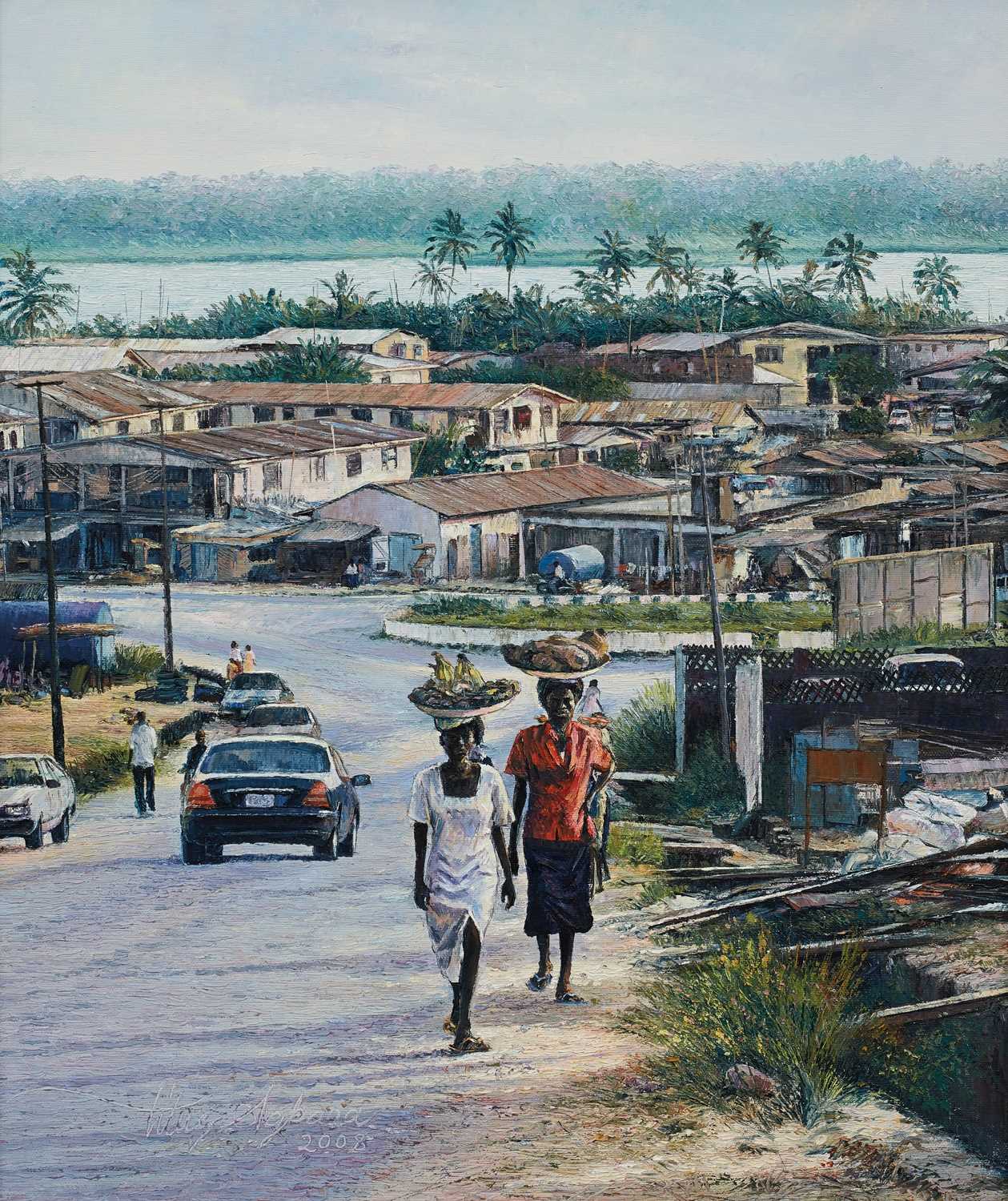