Ruth Prowse is a beloved South African painter and cultural figure. She was born in the Eastern Cape before moving to Cape Town at a young age. Between 1902 and 1908, she travelled to Europe where she trained at various prestigious institutions including the Slade School of Fine Art and the Royal Academy in London, and La Palette in Paris. Later, Prowse completed additional study trips, one to England between 1923 and 1925, and another to Europe in 1938 where she researched and trained in the preservation and restoration of art.

Between her trips, Prowse painted and taught art in Cape Town, whilst also serving on several committees within the local arts and heritage industries. In 1928, she was appointed as keeper of the Michaelis Collection and in 1952 she became a founding member of the influential New Group. Between 1948 and 1957 she served as a trustee of the South African National Gallery. In 1965 Prowse was awarded the South African Association of Arts Medal of Honour for her contribution to South African art. Alongside this, Prowse also worked tirelessly to advocate for the preservation of historic buildings in Cape Town. In recognition of this, in 1959 she was awarded the Cape Tercentenary Foundation Medal.

Much of her own artistic practice is indicative of her passion for local heritage – frequently capturing scenes from an early 20th century Cape Town city in paint, including various depictions of the historic Bo-Kaap. Alongside these cityscapes, Prowse also painted a number of seascapes and landscapes. Stylistically, Prowse worked in bold, exaggerated colours in an impressionist style characterised by quick, visible brushstrokes with unmixed paints.

Upon her death, Prowse bequeathed her home, The Retreat in Cape Town for use as an art centre, and in 1970, Erik Laubscher established the Ruth Prowse School of Art which continues to function as a leading art school today. 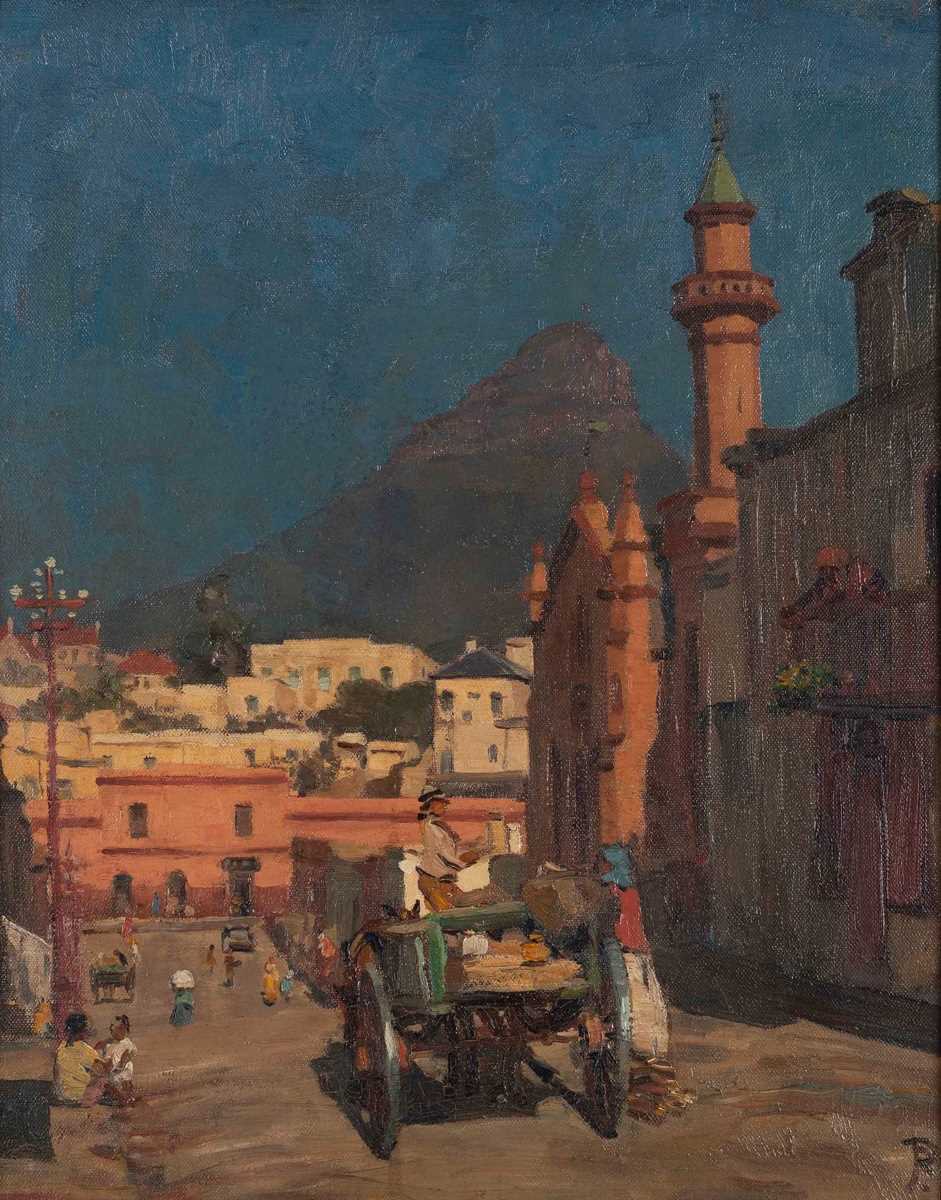