Pieter Wenning (1873–1921) is fondly remembered as one of South Africa’s first modernists, and more specifically as the founder of the Cape Impressionist style of painting.

Wenning was born in The Hague, Netherlands to a family with artistic ties. Although he began painting at a young age, his parents discouraged him from pursuing a career in the field, and instead, he worked for the Dutch Railways.

Fortuitously, Wenning’s work allowed him to travel throughout Europe and Britain where he was able to visit museums and witness the emerging modern art movements. Later, the artist found employment at a prominent publishing firm who in 1905 offered him the opportunity to transfer to South Africa where he began work as a bookkeeper in Pretoria. In South Africa, Wenning dedicated his spare time to his art. Due to affordability, he worked in watercolours and inks until 1909 when he was gifted his first set of oils. Wenning soon befriended the likes of the famous JH Pierneef and DC Boonzaier, who believed in and encouraged Wenning’s talent.

Wenning’s paintings are characterised by his loose, expressive brushstrokes and impasto daubs of paint, as well as dark, flattening line. His oeuvre is made up of a variety of landscapes and still lifes painted en plein air. Wenning is also remembered as the pioneer of etching in South Africa after he imported a press from the Netherlands. He created a large body of etchings depicting landscapes and cityscapes.

Wenning sadly passed away at the age of 47 after a battle with tuberculosis. During the short time he lived in South Africa, he is said to have produced more than 300 paintings depicting the scenery of the local landscape. His work is held in the collections of museums across the country including at Iziko South African National Gallery, Cape Town, the Pretoria Art Museum and the Johannesburg Art Gallery amongst others. 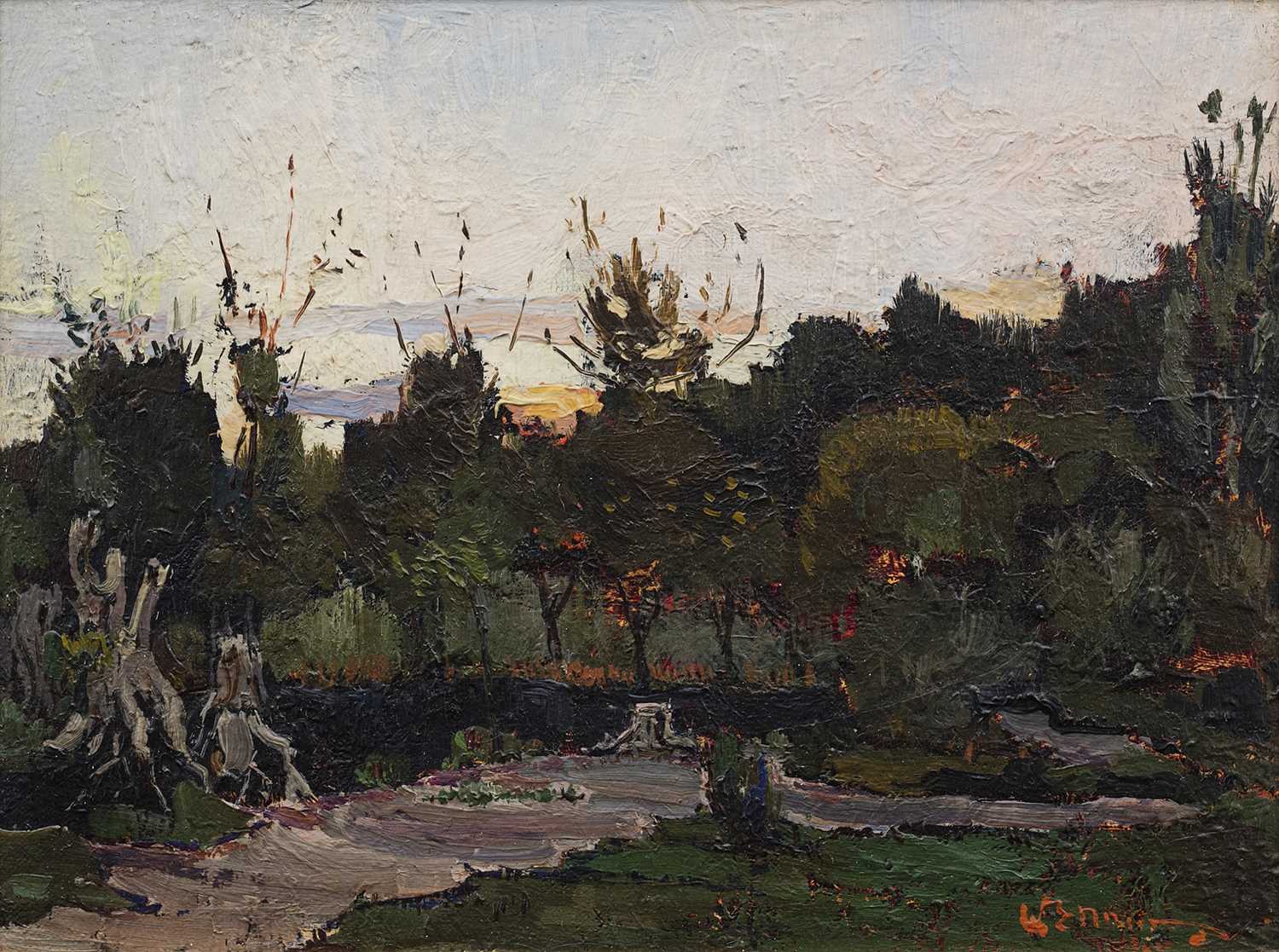