Nita Spilhaus is a South African painter and proponent of Cape Impressionism, alongside the likes of Hugo Naudé and Ruth Prowse. Spilhaus was born in Lisbon, Portugal before moving to Germany where she was raised by her grandfather after she lost both of her parents.

In Germany, Spilhaus’ first art training came at the Lübeck School of Art, before she continued her education in Munich, and also later joined the Dachau art colony. Spilhaus showed an early talent and interest in copper engraving, and in 1901 she published her first of many bodies of etchings, this collection depicting scenes of her then hometown, Lübeck.

Following the death of her grandfather, in 1907 Spilhaus travelled to the Cape where her uncle’s family was already well-established in the Constantia area. In the Cape, she quickly joined the South African Society of Artists, and befriended a number of local artists including Pieter Wenning and Edward Roworth.

Having settled into her new surroundings, the period between 1910 and 1925 is considered the artist’s most prolific. Inspired by the local landscape, Spilhaus adopted a number of media, most predominantly oil paints, to capture the mountains of the Cape in her newly established impressionist style, characterised by quickened brushstrokes and vivid colour. Alongside her significant output of landscapes, Spilhaus also frequently depicted Cape Town’s Malay Quarter as well as a number of still lifes and portraits.

Having enjoyed some notable success within her lifetime, exhibiting her work throughout the Cape, including at Martin Melck House in 1963, Spilhaus is considered one of South Africa’s first female professional artists. She was recognised with an eponymously titled retrospective exhibition between 2015 and 2016. The show opened at the Sanlam Art Gallery in Cape Town, before travelling to the Sanlam Art Lounge in Johannesburg. The monograph Nita Spilhaus and her Artist Friends at the Cape authored by Peter Elliott, was published to coincide with the exhibition. 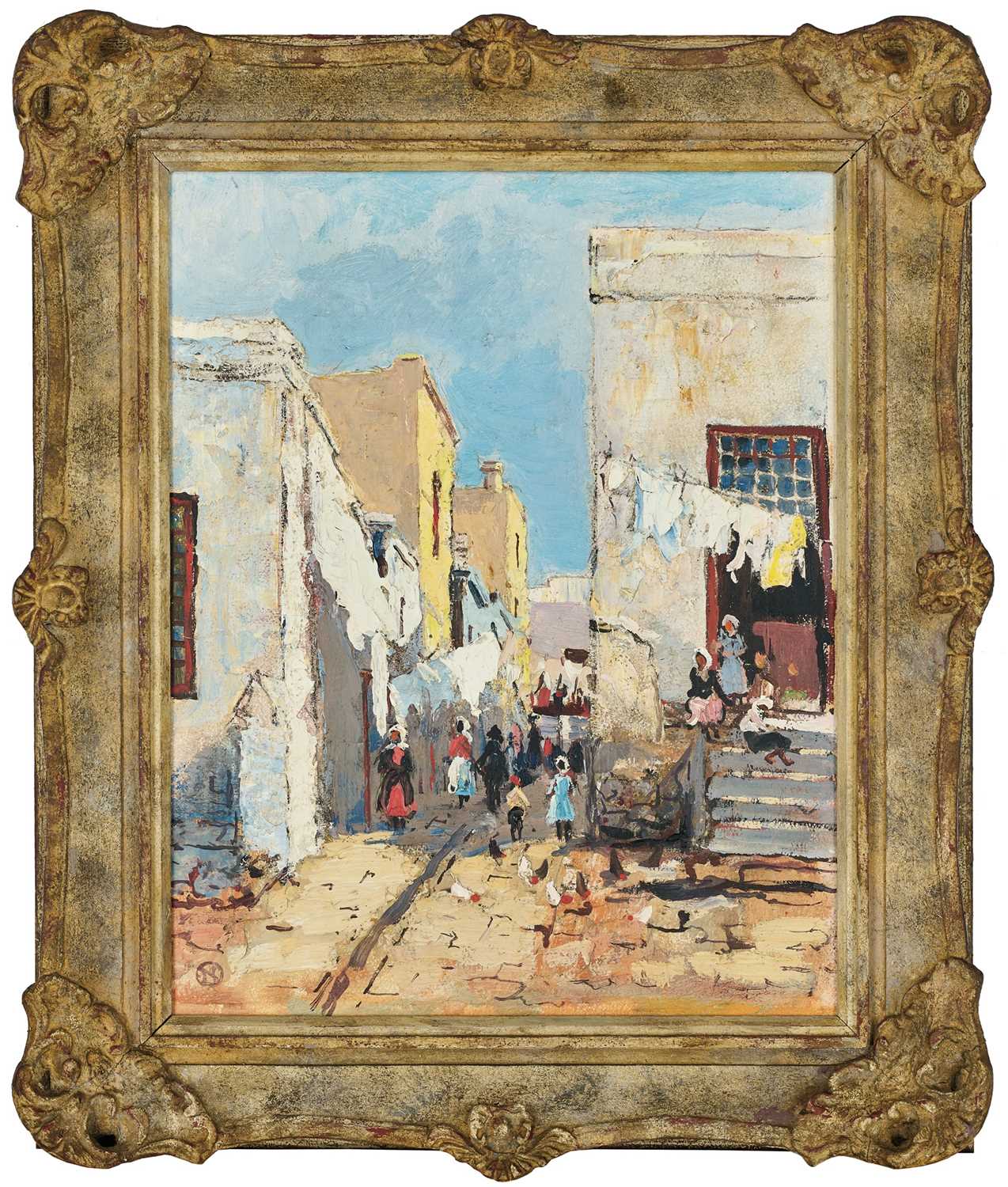