Marlene Dumas (b. 1953) is an internationally celebrated contemporary artist. Dumas was born in South Africa where she grew up on her family’s wine farm outside of Stellenbosch. In 1972, Dumas enrolled at the Michaelis School of Fine Art at the University of Cape Town. After graduating, in 1976 Dumas travelled to Haarlem in the Netherlands where she studied at Ateliers ’63 art school. Dumas quickly settled into life in the Netherlands, where she continues to live and work today.

Despite her move abroad, much of Dumas’ artistic output relates to her South African upbringing – particularly her political concerns with regard to the apartheid regime, as well as her own Afrikaans ancestry. Working with paint, printmaking and drawing, Dumas typically employs portraiture as a means to explore race, sexuality and violence – themes central to her work. Whilst the figures depicted in her portraits are often friends or prominent public figures, Dumas’ portraits are more emotionally and psychologically representative than visually or literally. Stylistically, Dumas works in loose, dramatic brushstrokes, superimposing thin layers of paint on top of each other, resulting in distorted figures which are haunting and intense.

Dumas’ resumé of exhibitions and achievements is vast. She began exhibiting internationally when she was just 25 years old, and that same year the Stedelijk Museum in Amsterdam became the first institution to acquire Dumas’ work. Many museums and important private collectors have since followed suit as Dumas’ works have become some of the most sought-after pieces of contemporary art around the globe.

Dumas has exhibited at the Tate, London; Kunsthalle Bern, Switzerland; MOMA, New York and The Metropolitan Museum, New York, amongst many others. Her work was included in both Documenta 7, 1982 and Documenta 9, 1992, and in 1995 she represented the Netherlands at the 46th Venice Biennale. Dumas continues to actively produce and exhibit her work today. In 2021, her solo exhibition Conversations opened at the famous Musée d’Orsay in Paris. 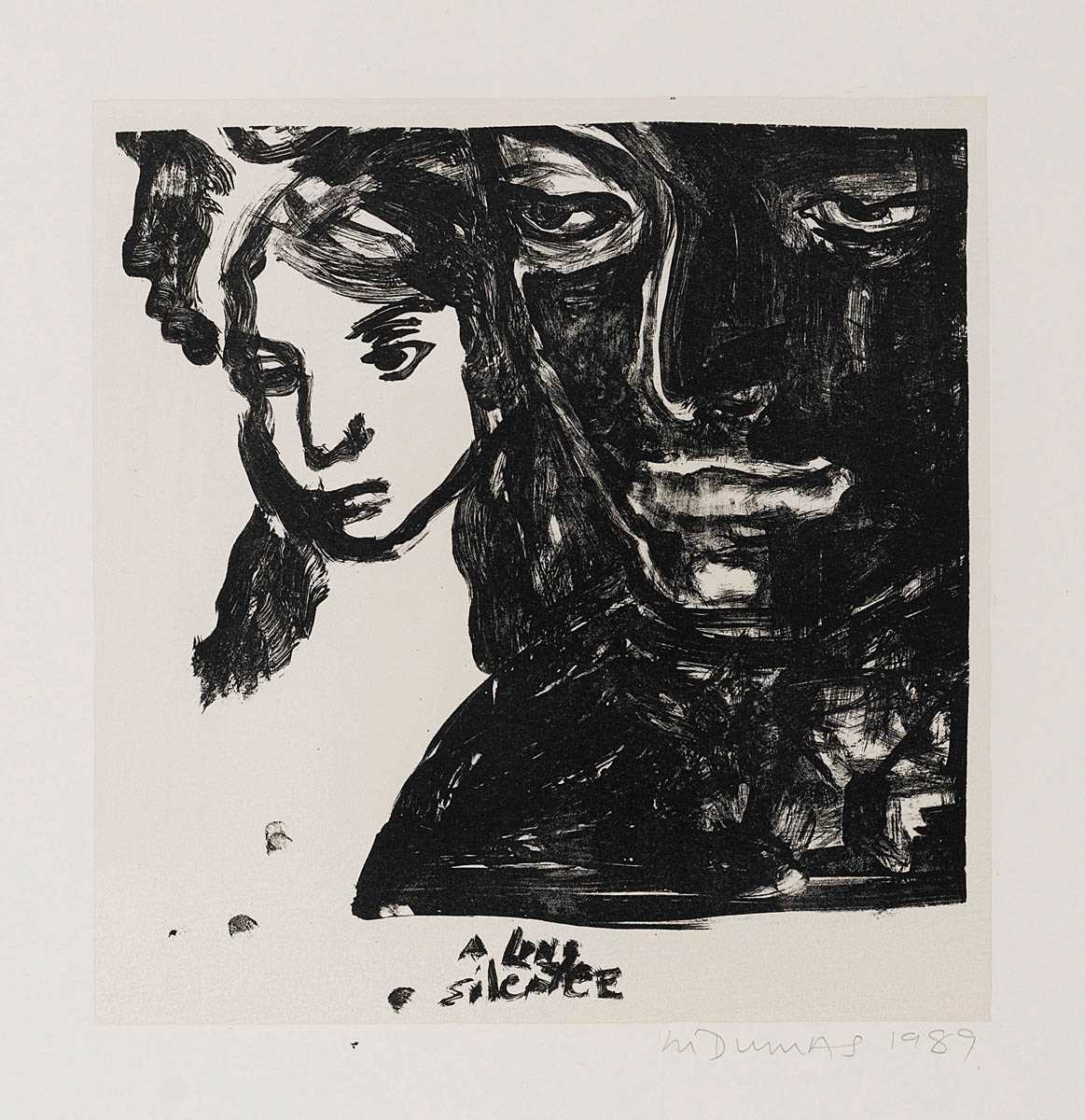 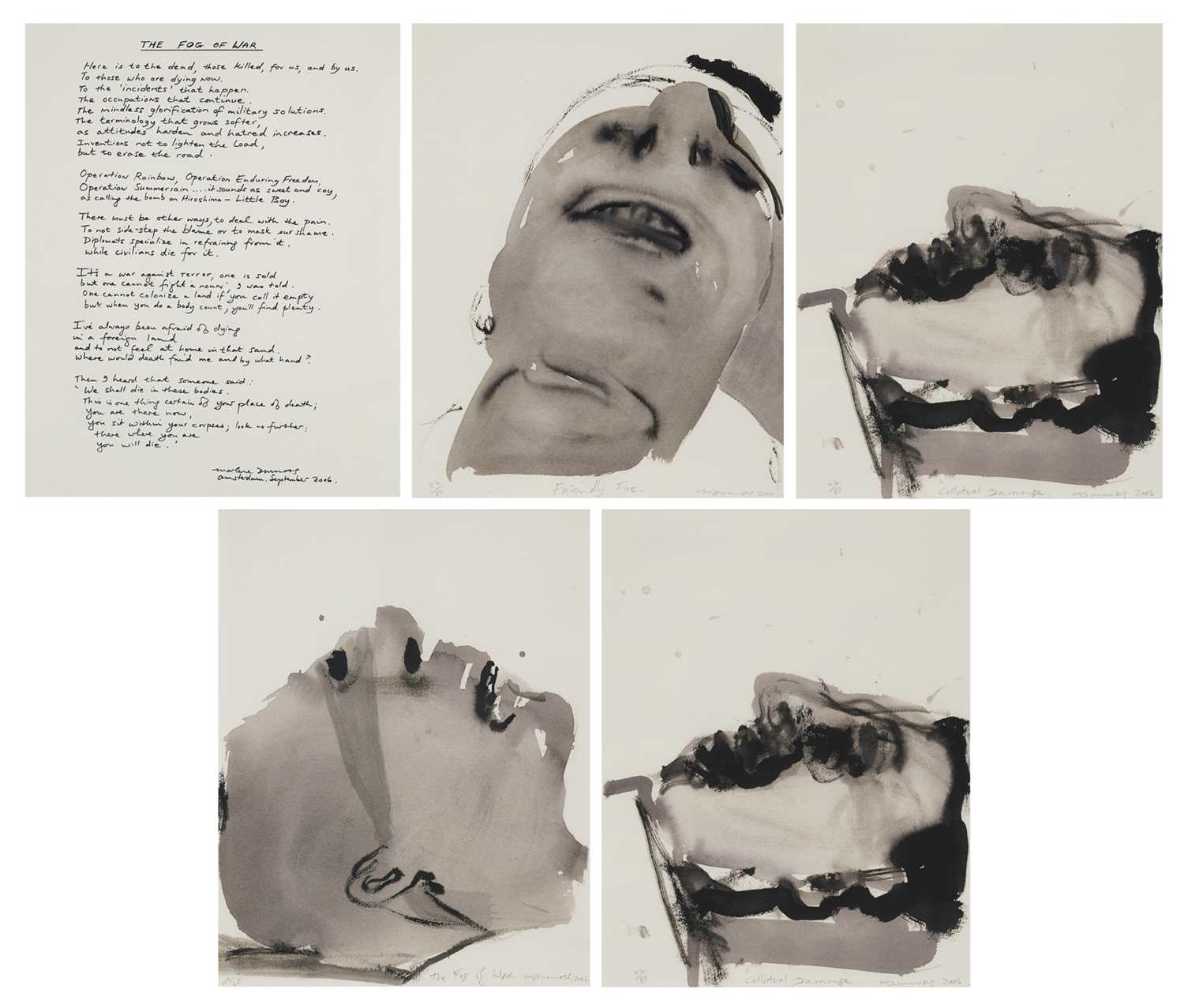 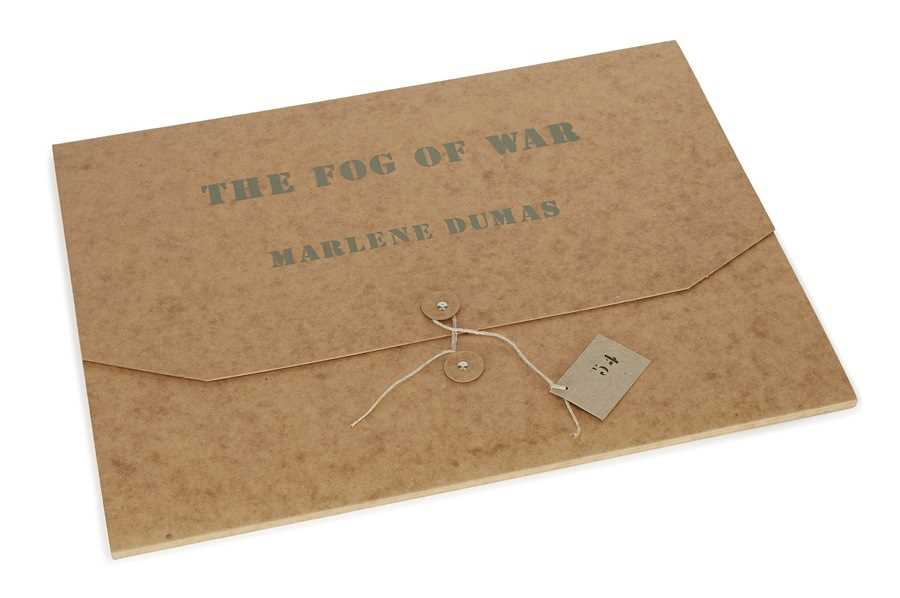 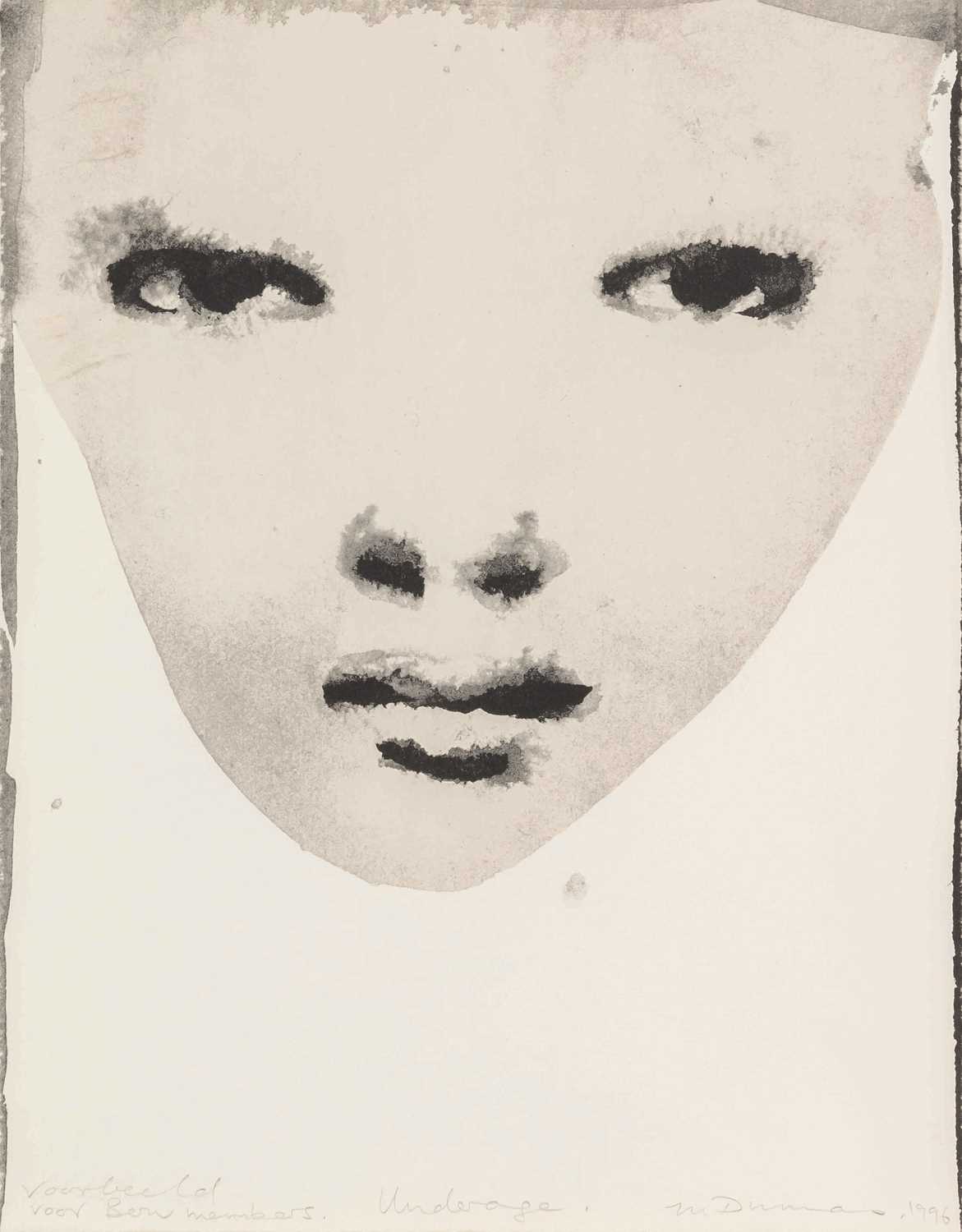 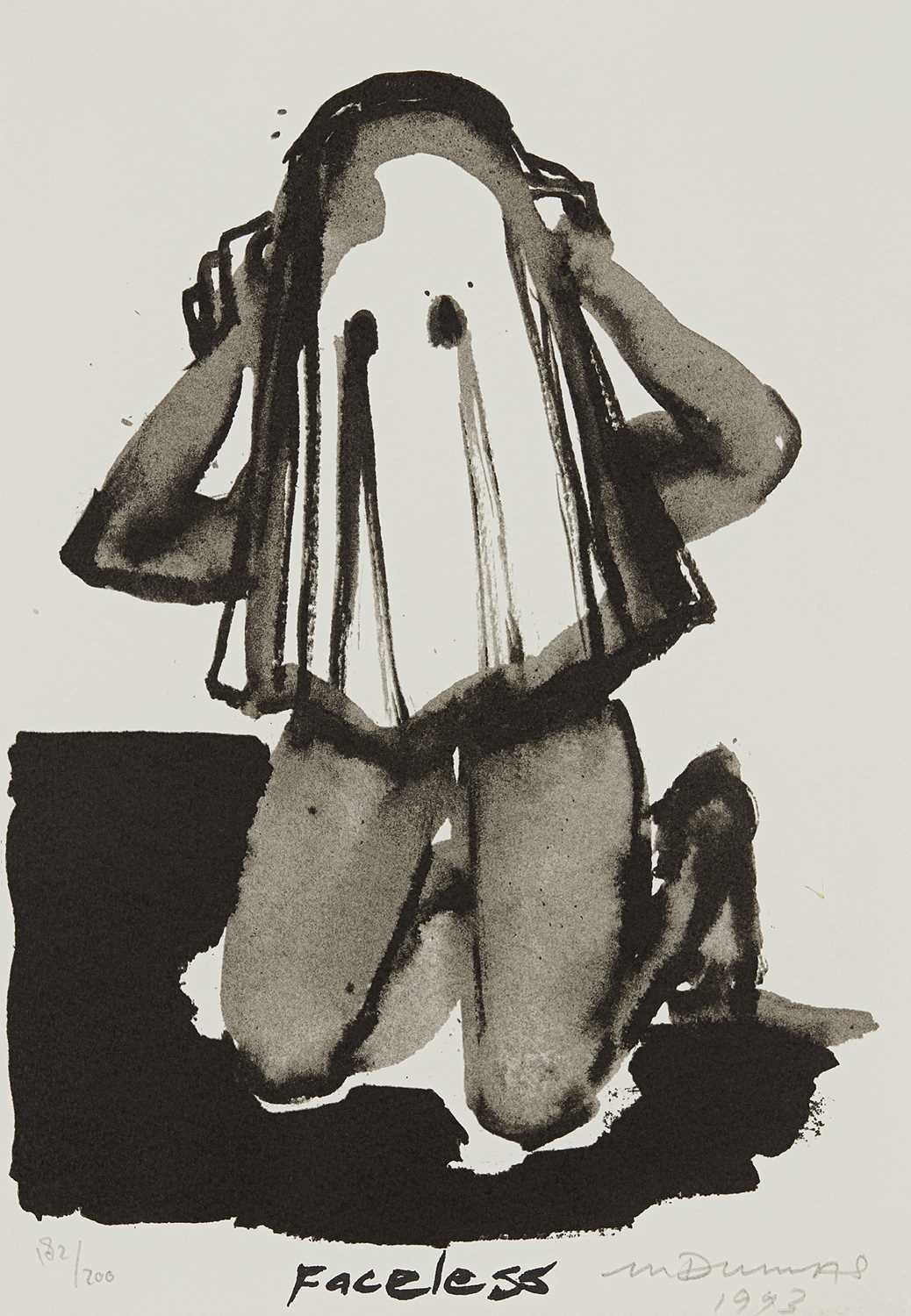 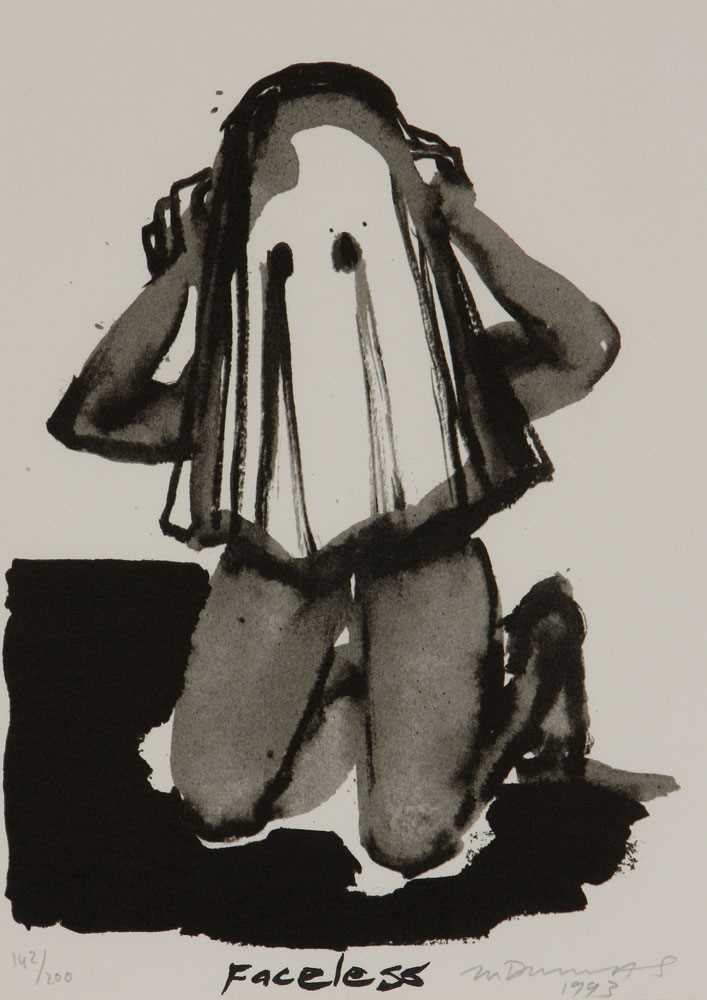 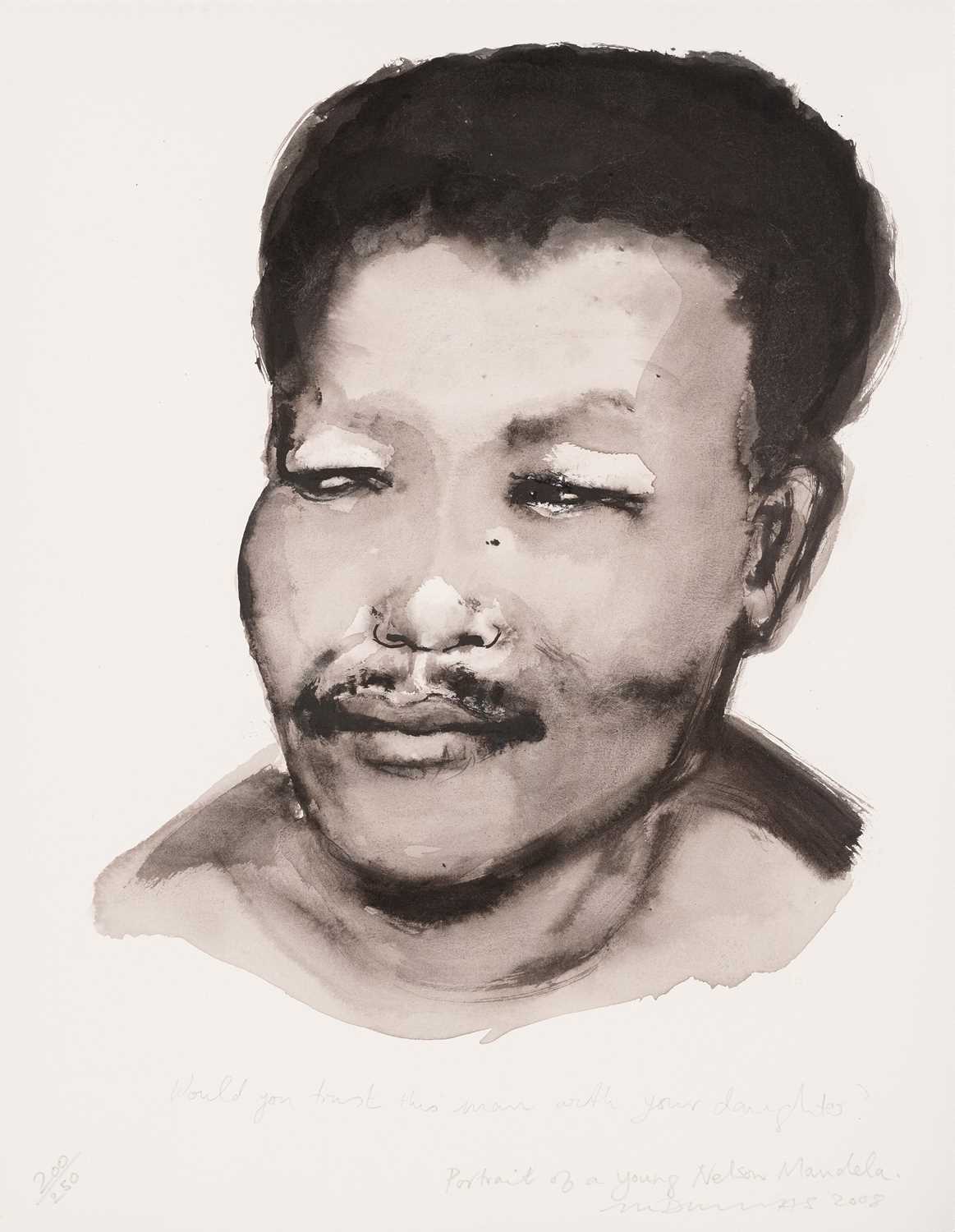 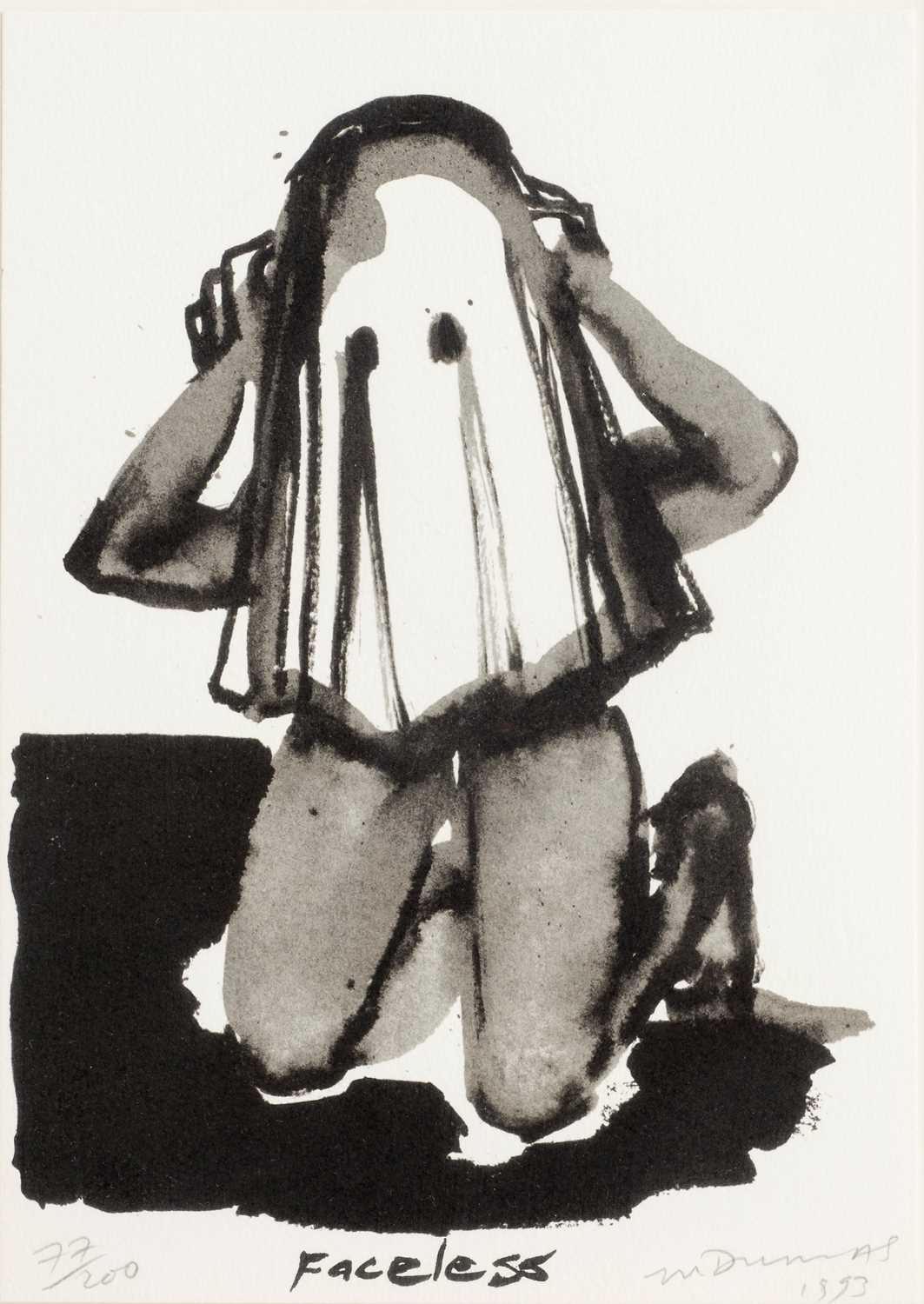 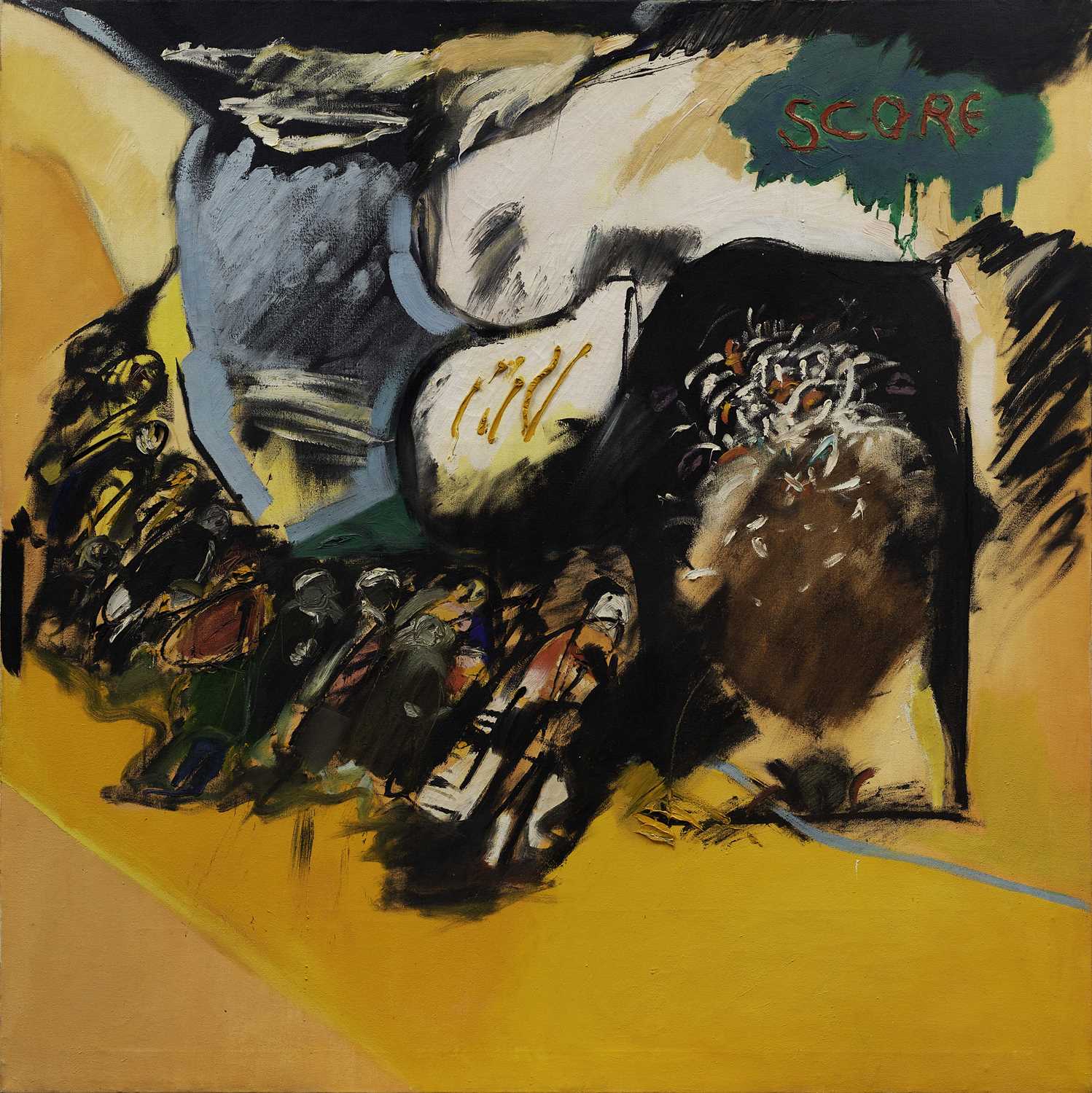