Maggie Laubser is remembered as a leading South African modernist painter, as well as one of the country’s best-known women artists. Laubser was born and raised on her parents’ wheat farm Bloublommetjieskloof in Malmesbury, Western Cape. Her carefree, pastoral upbringing there, and her affinity for nature became the primary impetus for her individual style and personal perspective that continues to earn her great recognition.

Laubser began her career in art by painting a number of commissions in an early naturalistic style – much like that of Edward Roworth under whom she had trained for two months in 1903. Her formal training came only 11 years later in 1914 when she enrolled at the prestigious Slade School of Art in London where she expanded her horizons significantly. Following the completion of her studies, between 1920 and 1924, Laubser travelled to Germany, Italy and Belgium. It was in this period, having been exposed to European modernism, and meeting with many artists, that Laubser was inspired to adopt the visual language and style for which she is best known today.

Drawing most predominantly on the principles of Fauvism and German Expressionism (particularly Der Blaue Reiter), Laubser began to use colour expressively, working with a palette of vivid hues to depict her subject matter in an increasingly stylised manner. The images Laubser created are her own personal expression of her subjects as she marveled at the beauty of the earth and life on it, as opposed to naturalistic renderings.

This spiritual, emotional approach to her practice sadly attracted fierce criticism from a conservative South African audience, with Laubser only gaining recognition later in her career – much like her contemporary, Irma Stern. Despite this, she exhibited widely in her lifetime, including having shown three works at the 1947 Venice Biennale. In 1969, a retrospective exhibition of Laubser’s works was held at both the South African National Gallery, Cape Town and the Pretoria Art Museum. This was followed by a second retrospective of her early works also at the South African National Gallery in 1987.

In 1994, the catalogue raisonné, Maggie Laubser, her paintings, drawings and graphics compiled by Dalene Marais was published. It lists 1,784 individual works by Laubser and remains an authoritative resource on her work. 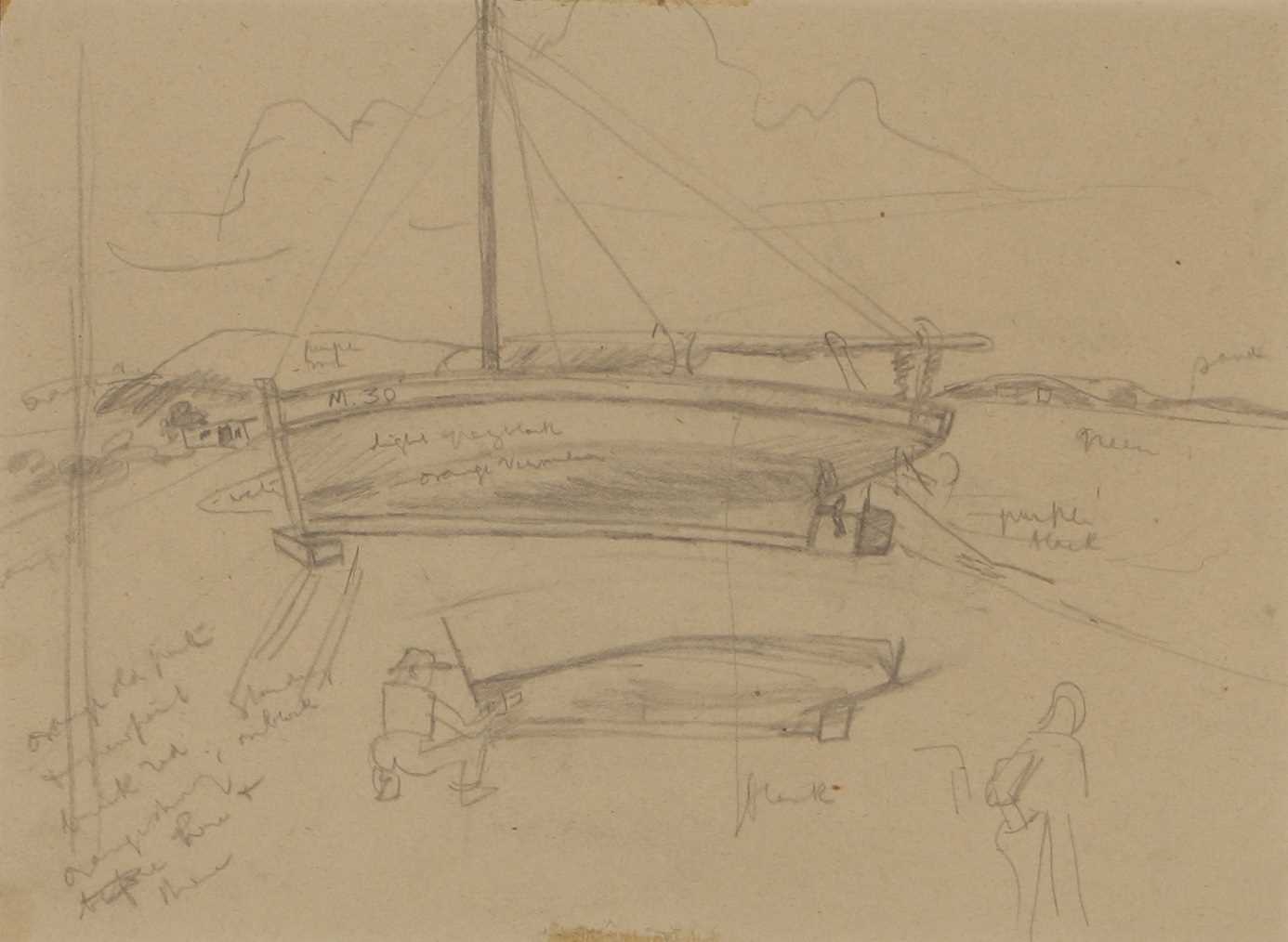 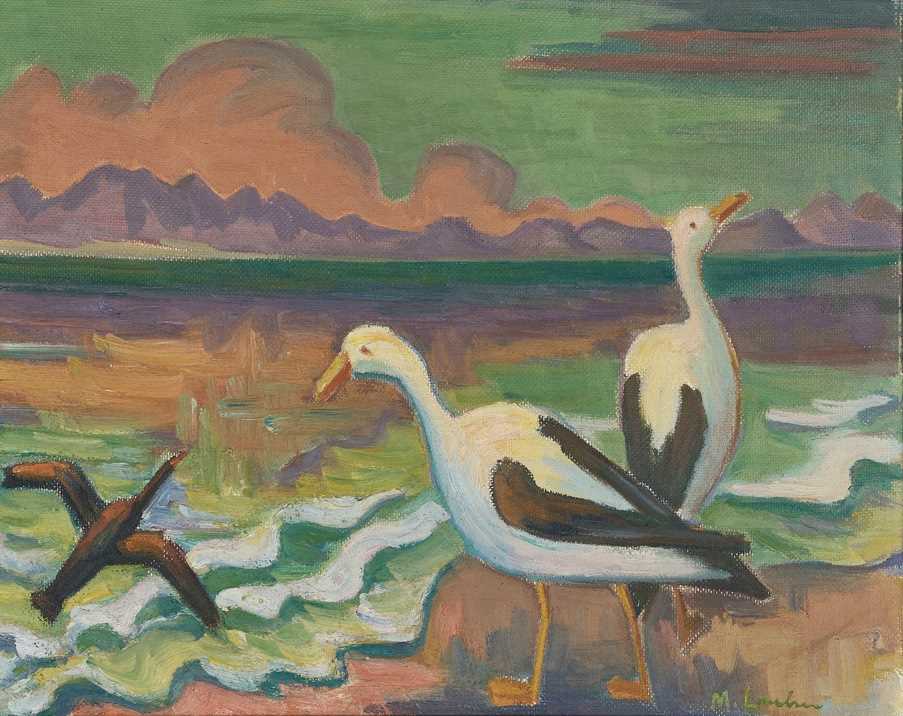 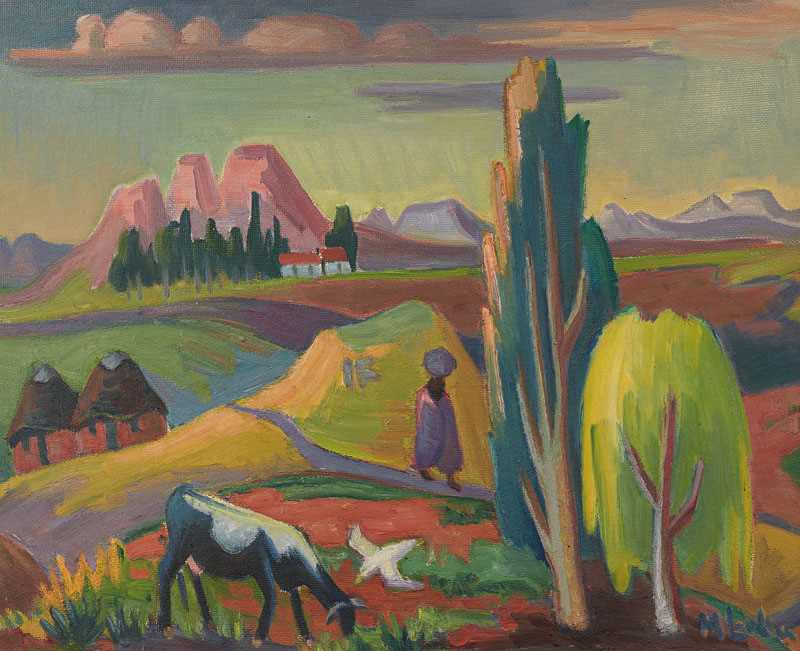 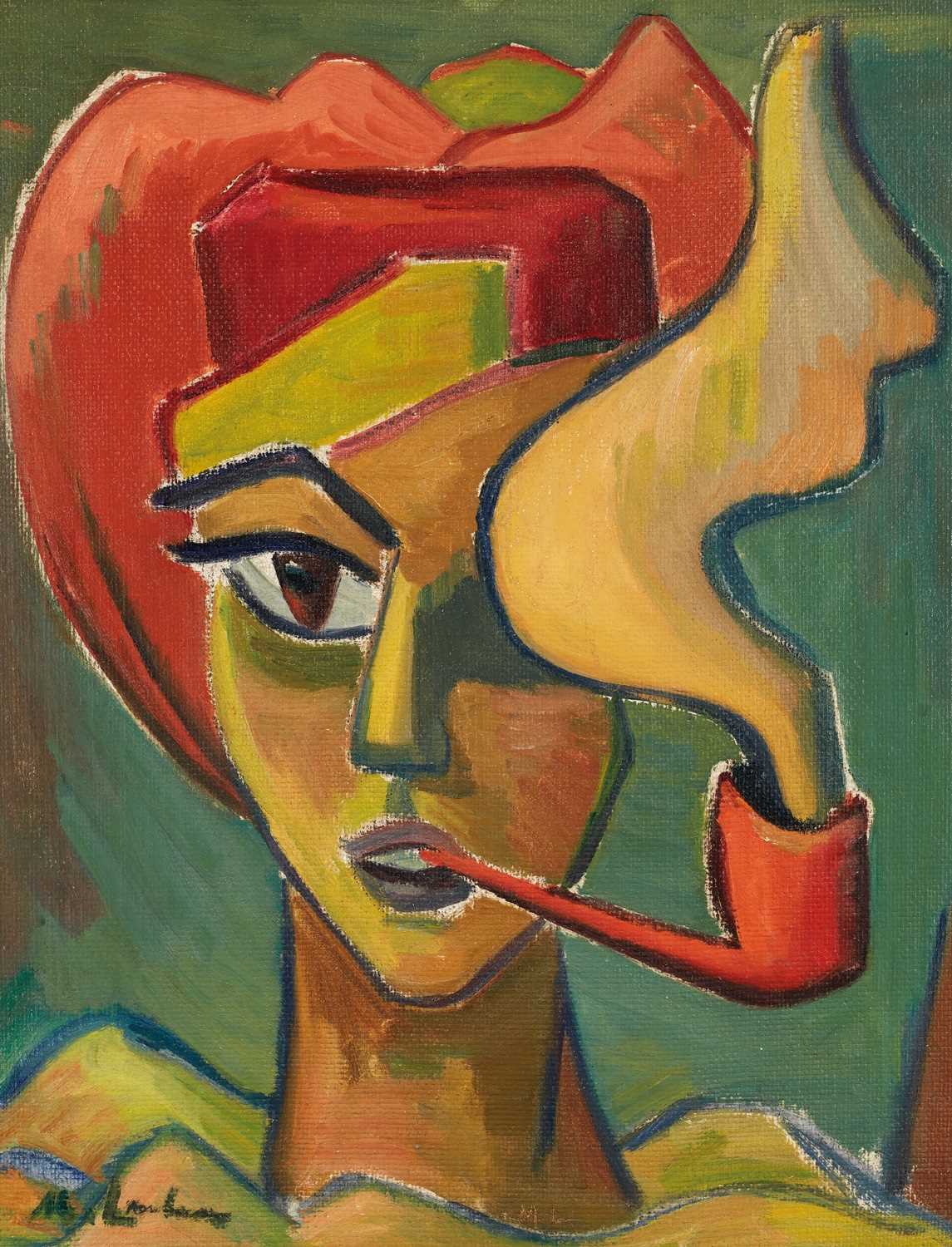 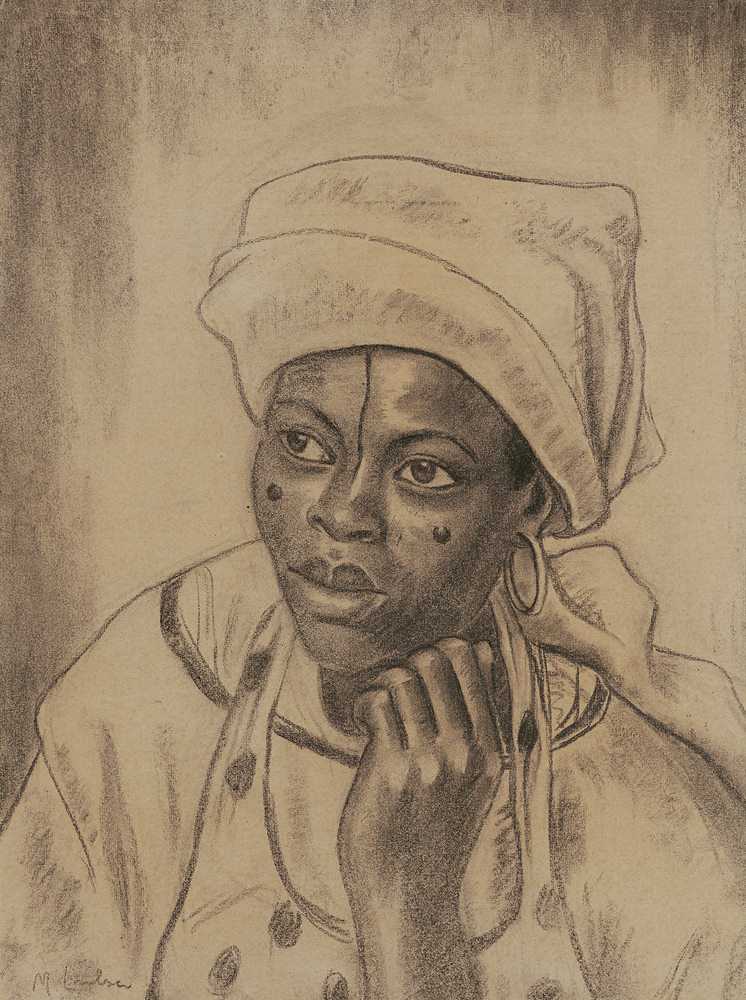 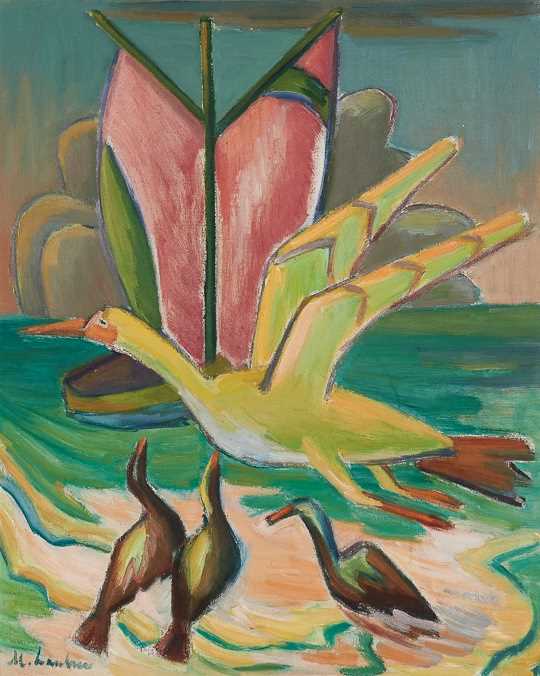 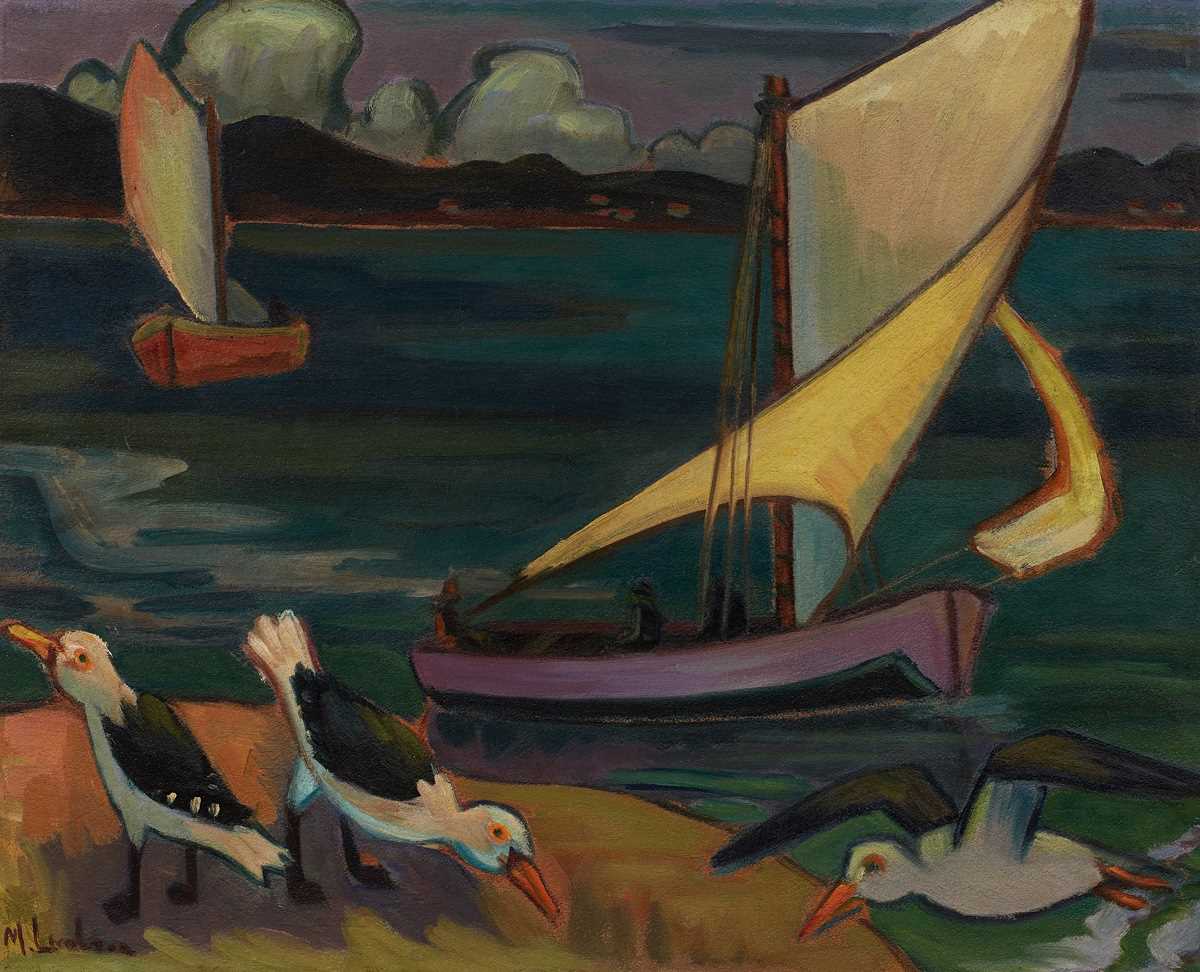 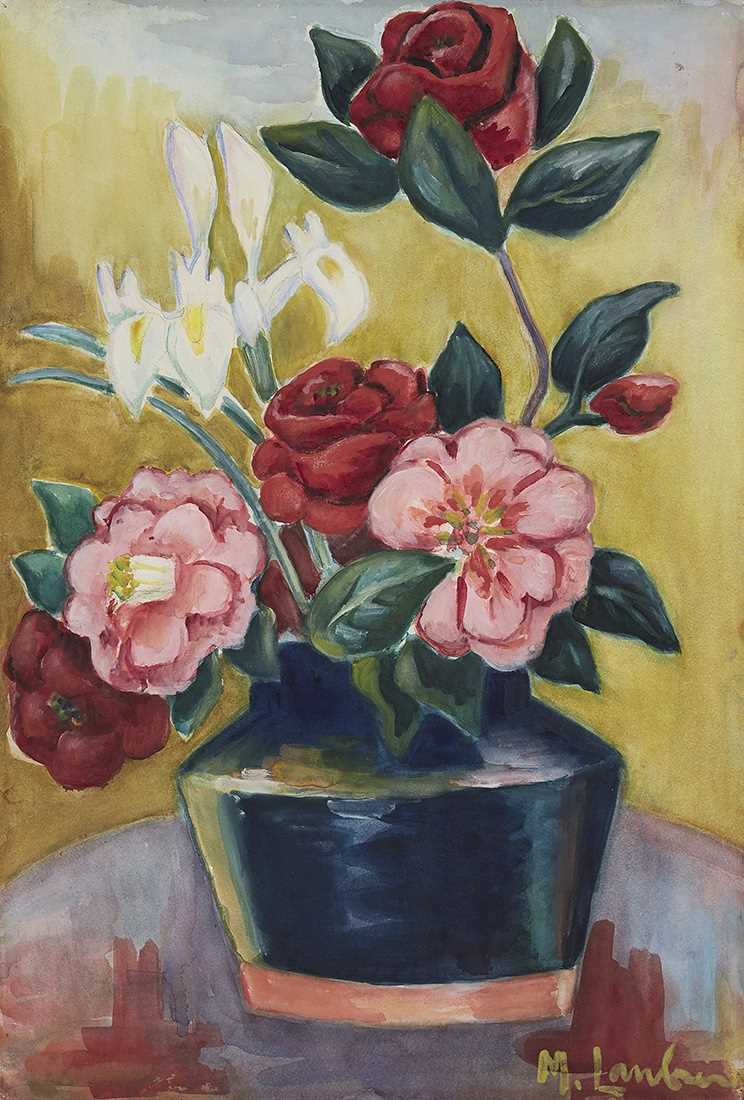