Kevin Roberts (1965-2009) is a South African surrealist painter. Roberts was born in Rustenburg in the North West province. He completed a National Diploma in Fine Arts at Technikon Pretoria in 1988, followed by a Higher Diploma which he achieved with distinction.

Roberts’ paintings typically depict imagined and seemingly arbitrary compositions which the artist constructs using his arsenal of symbols and motifs that recur throughout his practice. Images of female figures alongside cattle, horses, birds and fish often inhabit the foreground of Robert’s work, almost always situated within a landscape, or amongst trees and plant life.

With his distinctive style rendered in invisible brushstrokes with muted colours in large planes accompanied by flattening line, Roberts creates tableaus that are uniquely serene in character. Roberts heightens the elements of mystery and intrigue in his work through a careful use of rhythmic pattern.

In 1995, Roberts was crowned the winner of the Absa L’Atelier Award following which he spent several months in France, at the famous Cité Internationale des Arts, Paris. Roberts’ works have featured in a number of exhibitions both locally and abroad – in 1995 he participated in the 1st Johannesburg Biennale, and in 1999 Robert’s work was included at the Art London fair in Chelsea. 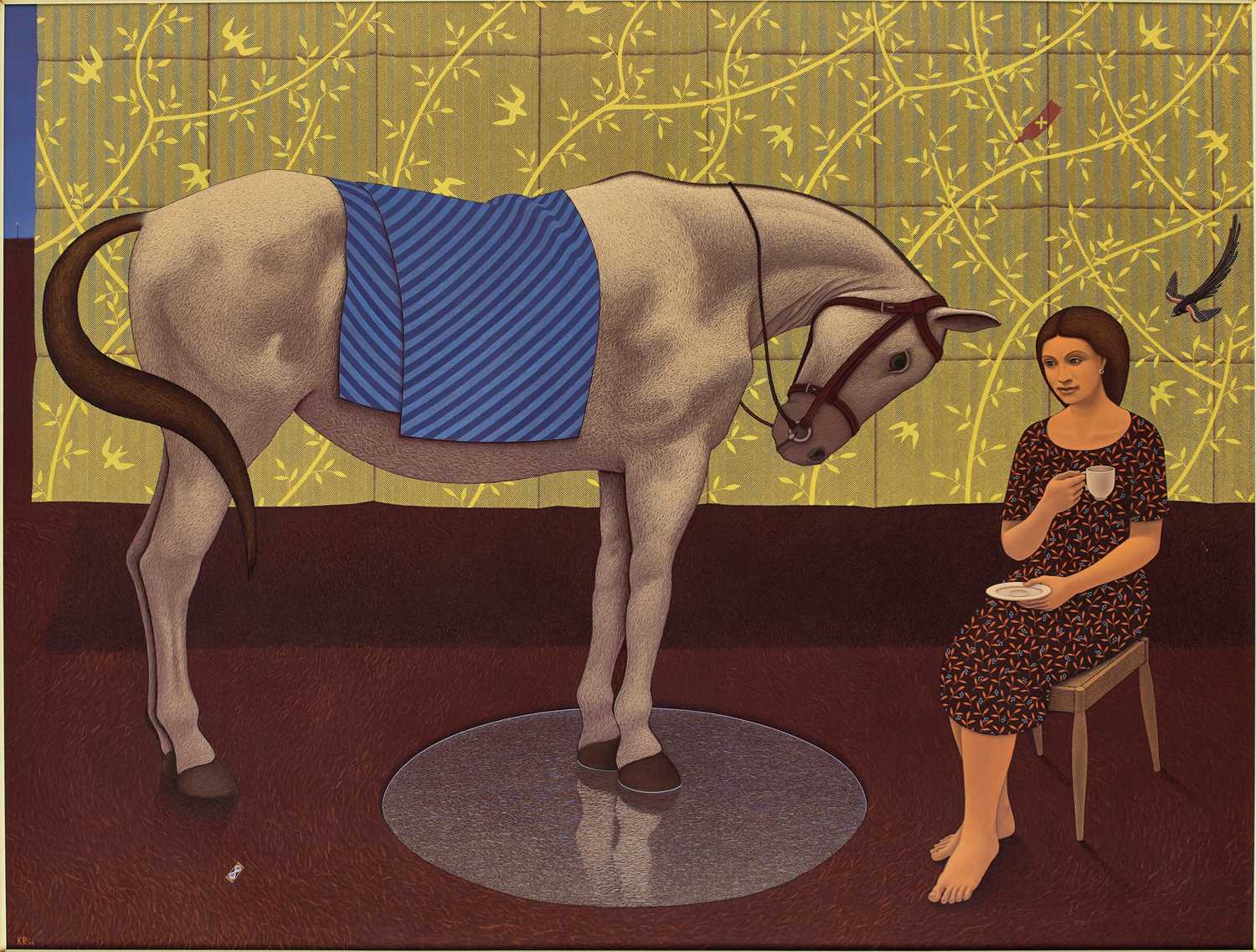