Joseph Bertiers is a Kenyan painter living and working in the country’s capital, Nairobi. At the age of eighteen, with already impressive painting skills, Bertiers created hand-painted signage for various local businesses. Having experienced some success, he enrolled at the YMCA Crafts Training Centre in Nairobi where he honed his painting and sculpture-making skills. Upon completion of his training, Bertiers worked as a professional sign maker whose services were highly sought after by stores in Nariobi.

Despite having been widely recognised, Bertiers grew frustrated with the limitations that sign making presented in terms of a lack of freedom of creative expression. Fortuitously, in the 1980s an American collector and gallerist, Ernie Wolfe, visited Nairobi and was intrigued by Bertiers and his work, so much so that he became Bertiers’ patron, allowing him to pursue a career as a full-time artist.

Bertiers’ practice is comprised primarily of works in oil on board, alongside an output of sculptures in metal. His works are characterised by a combination of political commentary, satire and wit. An avid follower of local and international press, Bertiers draws inspiration from the pages of the likes of The Economist and Newsweek and a number of television and radio news stations. As such, it is not uncommon to find world leaders and celebrities depicted within his colourful and somewhat dizzying, politically charged compositions.

Bertiers presented his debut exhibition Bertiers Garden at Ernie Wolfe Gallery in Los Angeles in 1989. Since then, he has exhibited extensively in shows around the globe, including at the 2007 Dakar Biennale and The Fowler Museum of Cultural History at UCLA, Los Angeles. His art is coveted by private and institutional collectors the world-over and held in collections including the Minneapolis Institute of Art and the Williams College Museum of Art, Williamstown, amongst others. The monograph Date Line Kenya: The Media Paintings of Joseph Bertiers, authored by Ernie Wolfe and Thomas Patchett was published in 1998. 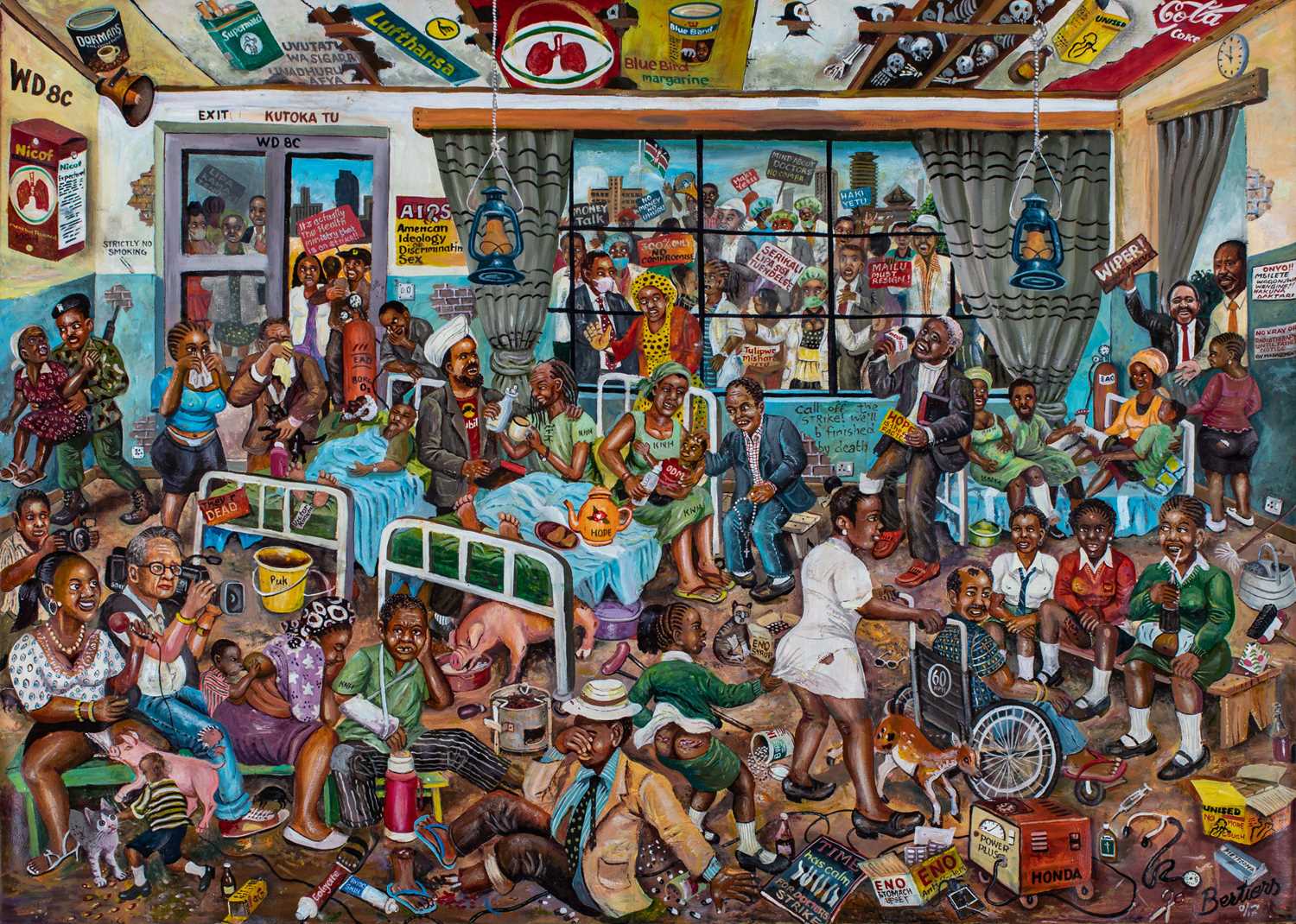