Esther Mahlangu (b. 1935) is a multi-award winning, internationally recognised South African artist. Mahlangu was born just outside of Mpumalanga in an Ndebele community. She started painting at the age of ten when she was taught mural painting by her mother and grandmother – amongst the Southern Ndebele people it is tradition for women and girls to paint the exteriors of their homes. This traditional Ndebele patterning remains the inspiration for Mahlangu’s artistic practice.

Throughout her decades long career, Mahlangu has worked in a vast variety of media and in collaboration with a number of individuals, groups and businesses. In 1991, her distinct geometric shapes in flat planes of bright, bold colours with dark outlines decorated a BMW following a commission from the car manufacturer. Mahlangu was the first non-Western, and first female artist invited to work as an Art Car collaborator, following in the footsteps of the famous Andy Warhol and David Hockney. In 1997, her designs appeared on the tails of British Airways planes. Mahlangu has also created murals throughout South Africa and in various international cities, whilst also prolifically producing works in acrylic on canvas, and more recently an output of print editions.

Mahlangu’s resume of exhibitions is vast, extending to all corners of the globe. She first exhibited internationally at the blockbuster 1989 exhibition Magiciens de la terre at Centre Pompidou in Paris. She has also exhibited at the Virginia Museum of Fine Arts, USA; The British Museum, London; the Guggenheim Museum, Spain and at the Iziko South African National Gallery, Cape Town. In 2006, Mahlangu was presented the Order of Ikhamanga in Silver, and in 2018 she was conferred with honorary doctorates from both the University of Johannesburg, and the Durban University of Technology.

Mahlangu runs a school from her home where she teaches painting and beadwork to children from her local community in Mpumalanga where she continues to live. 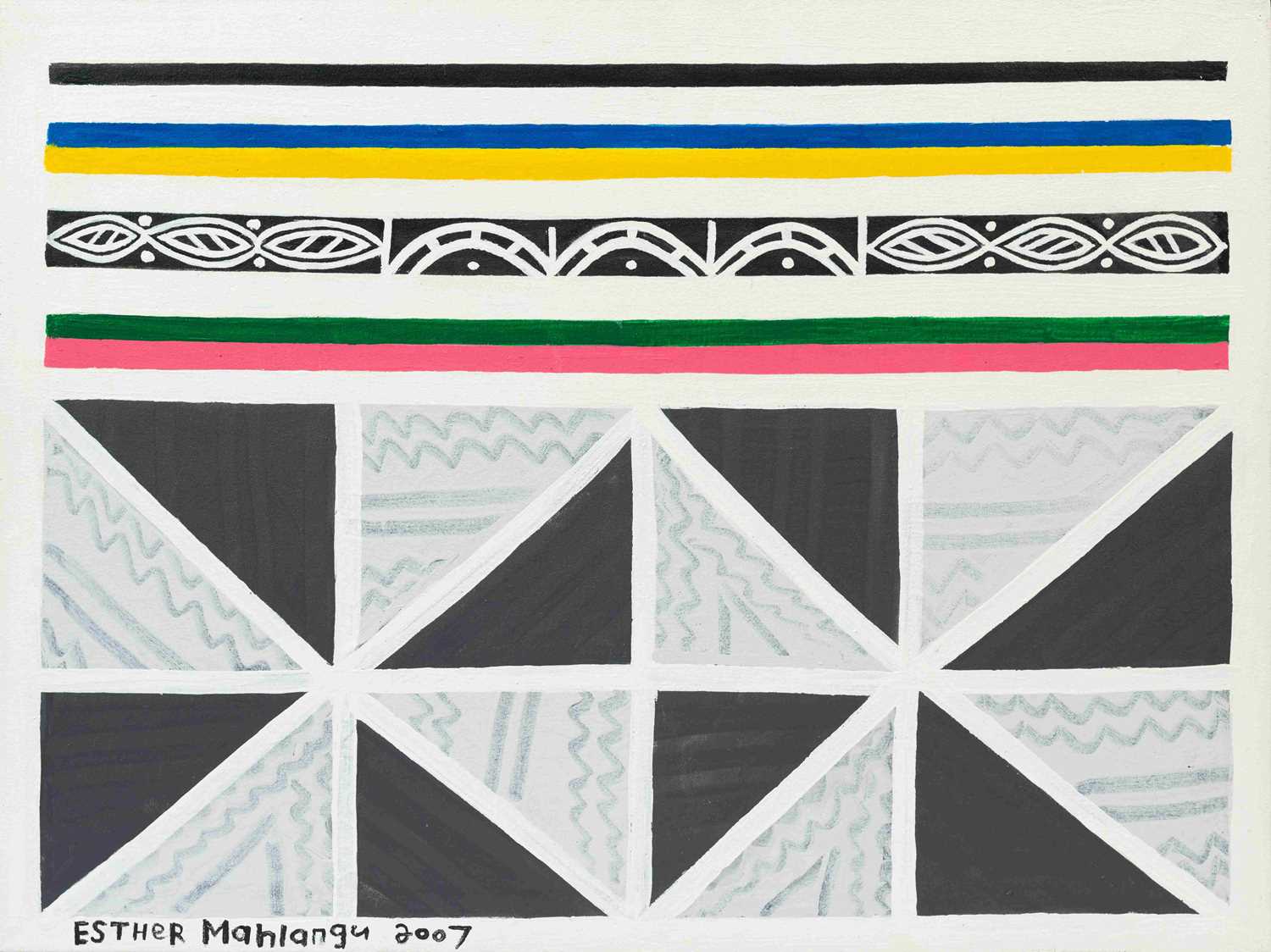 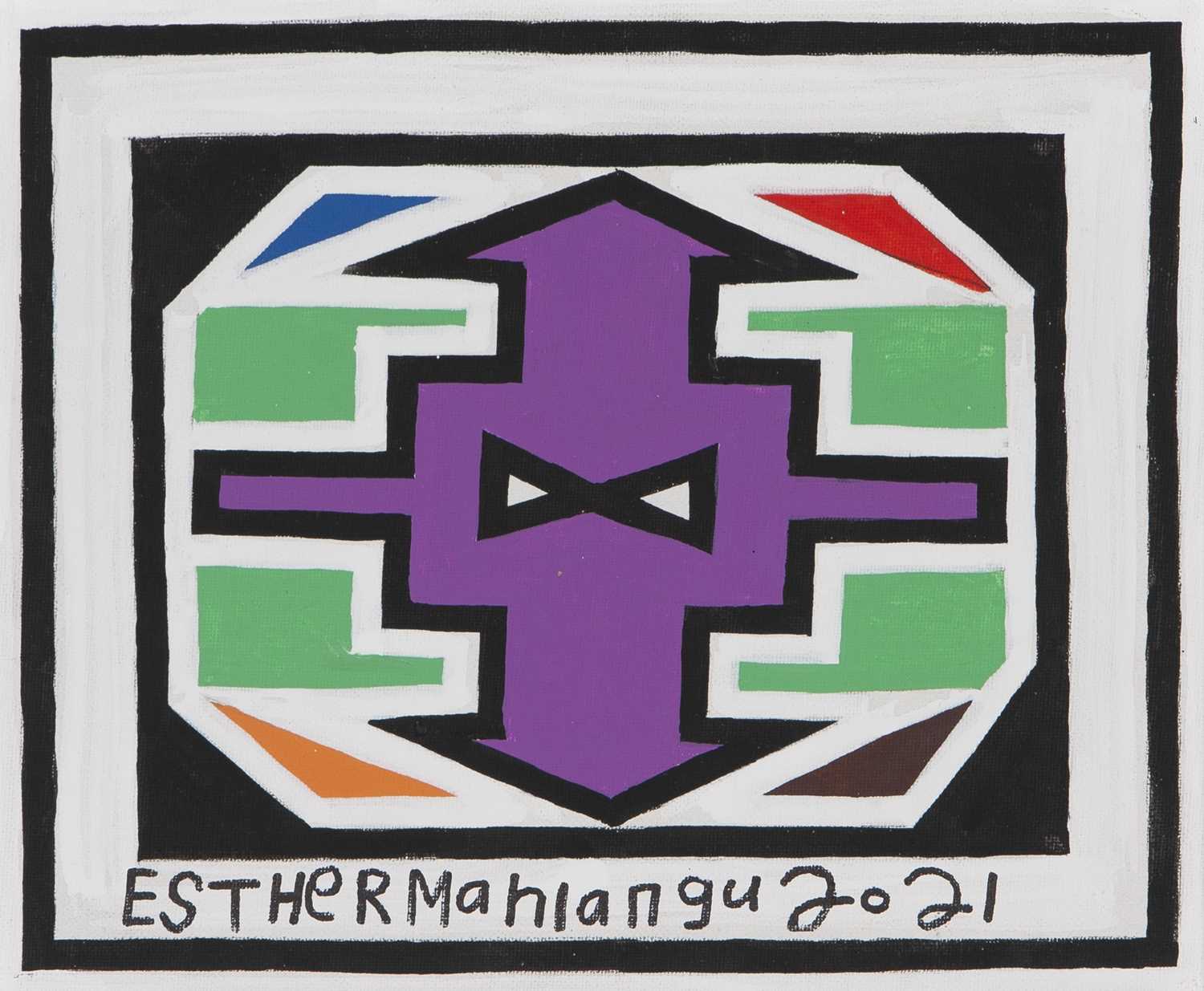 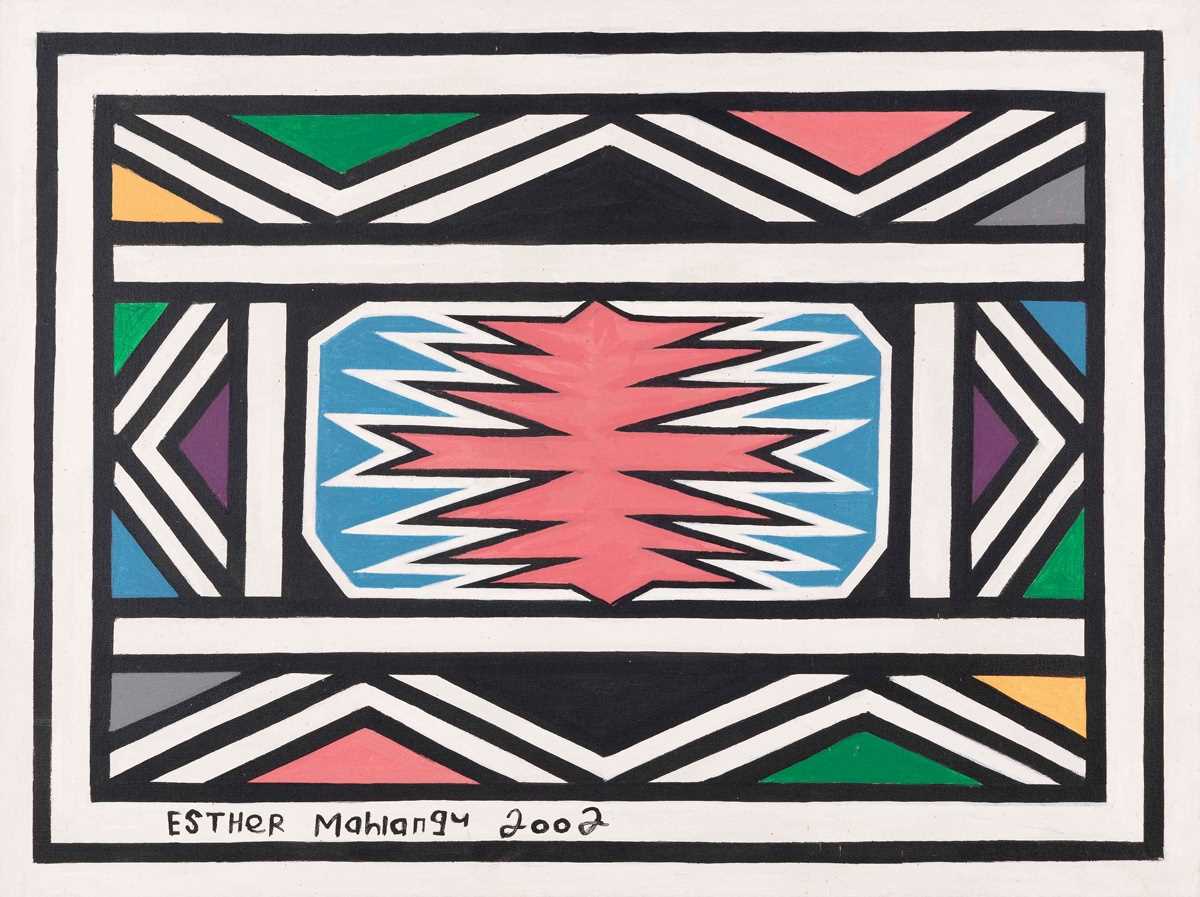 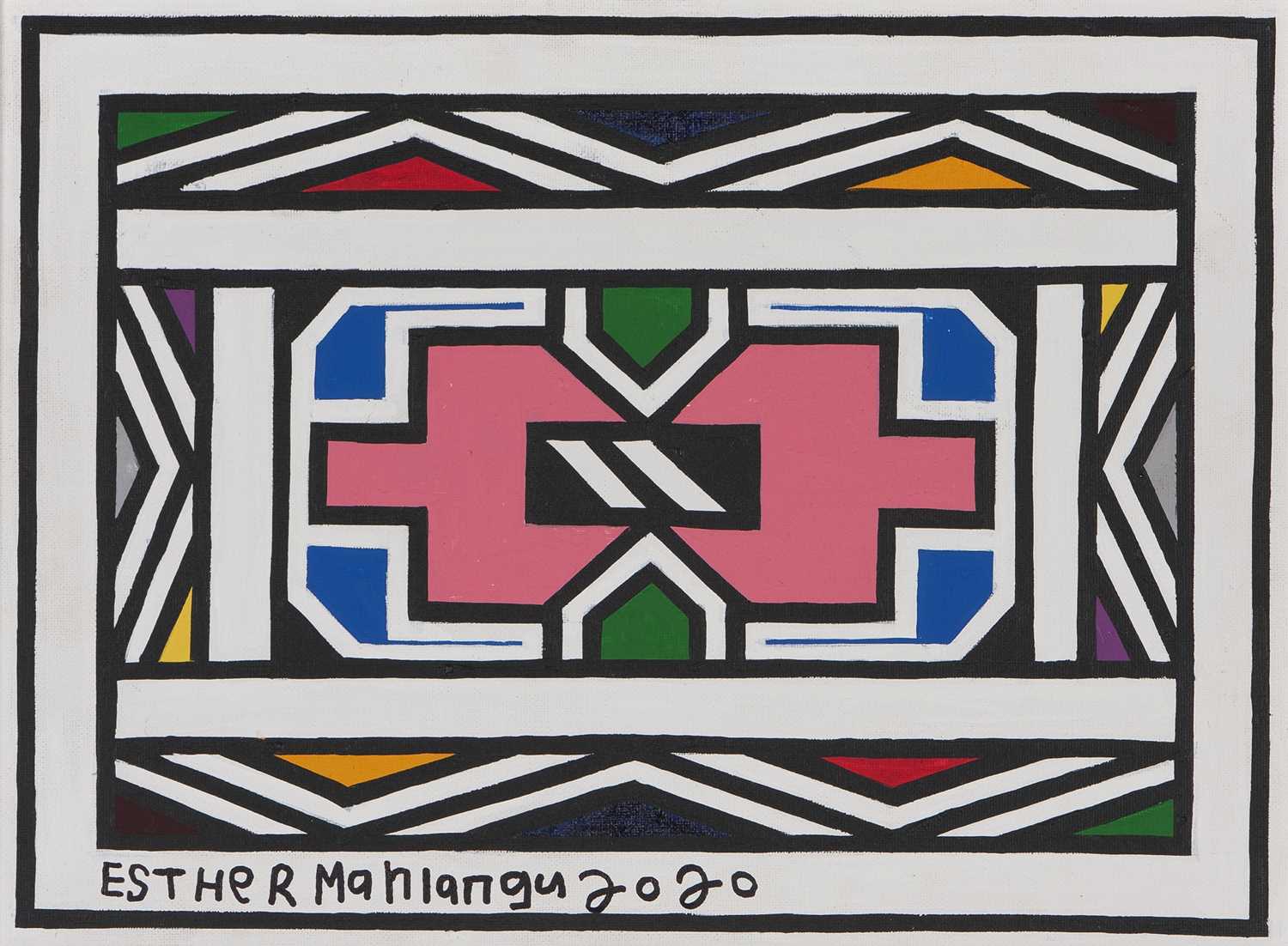 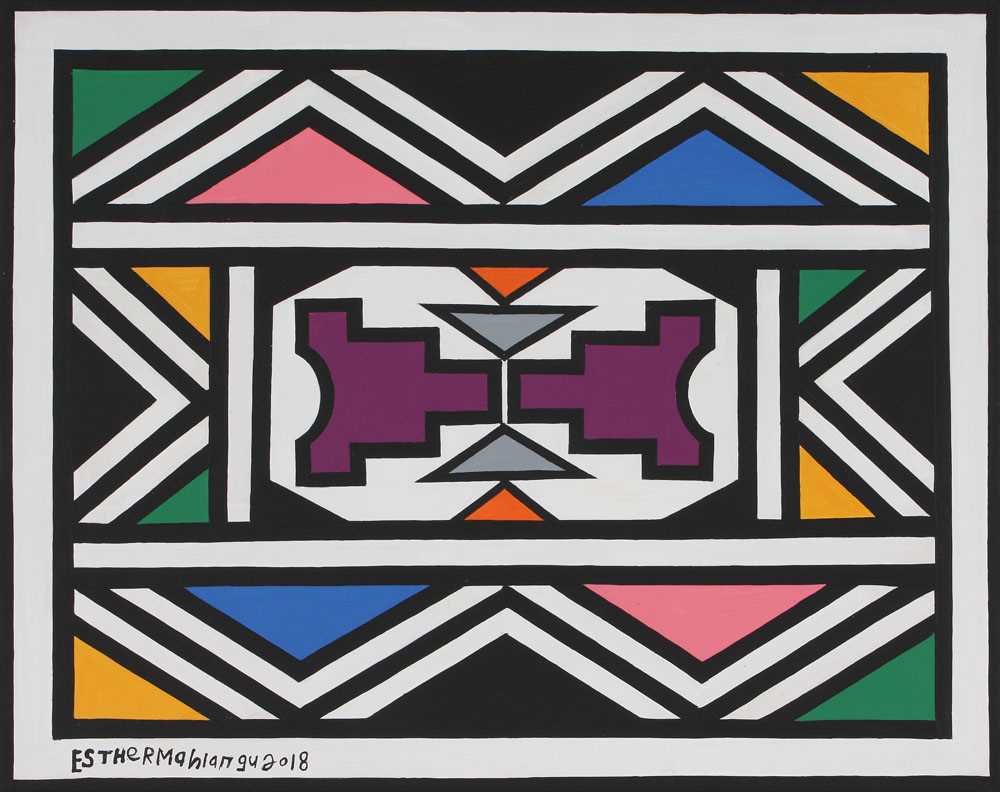 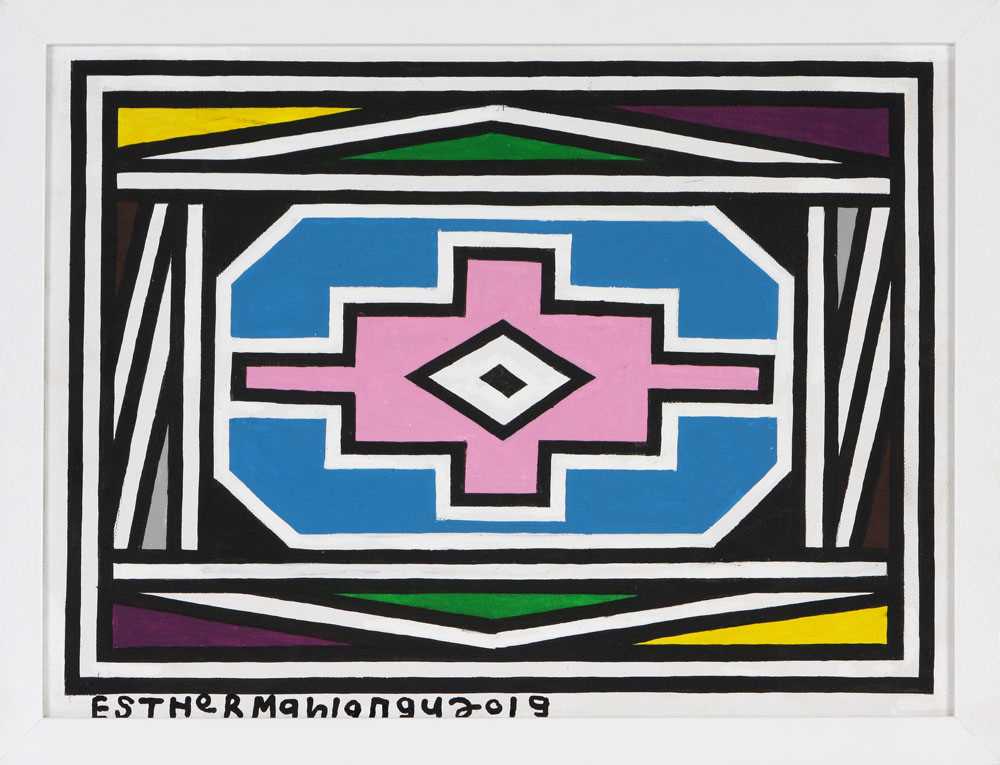 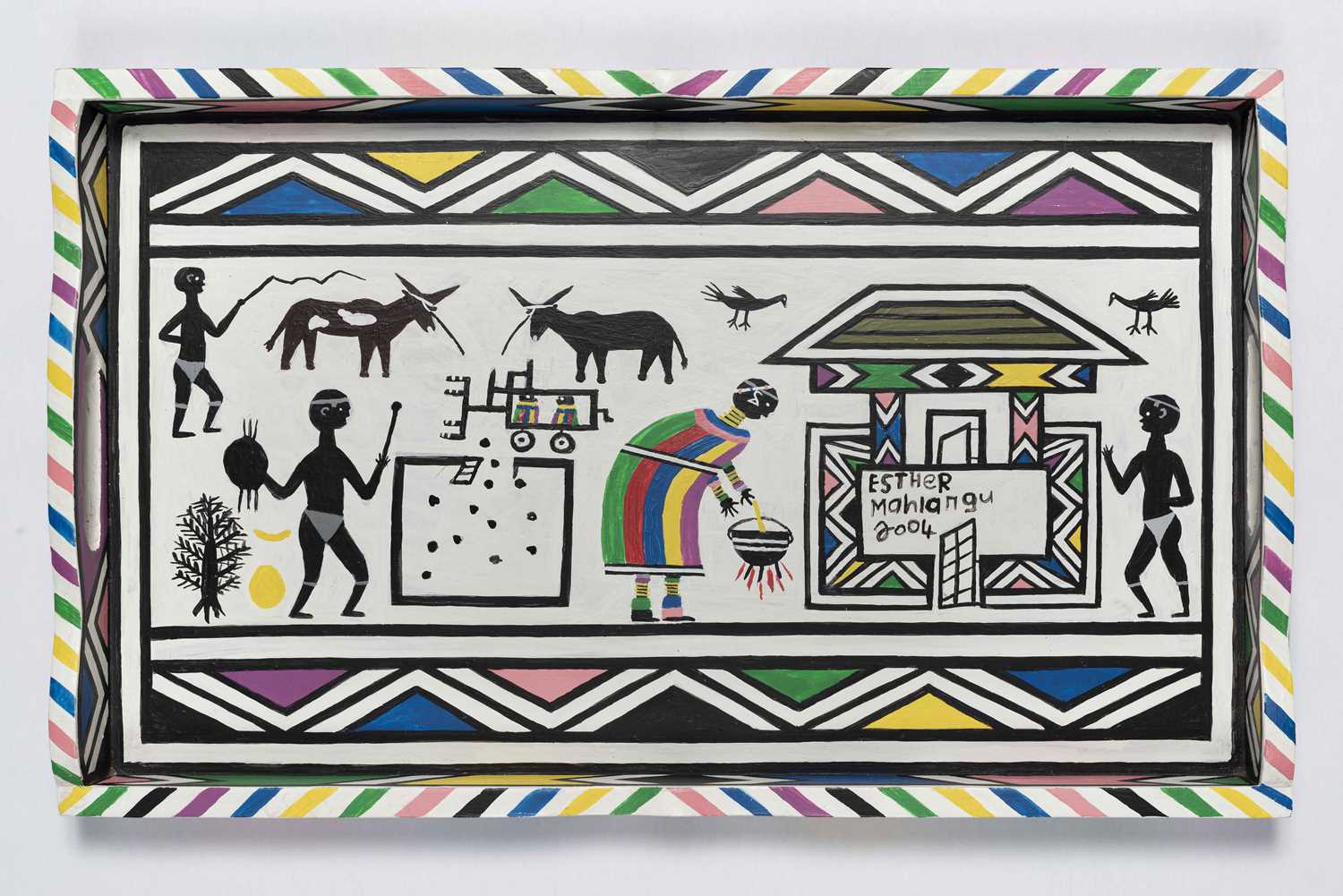 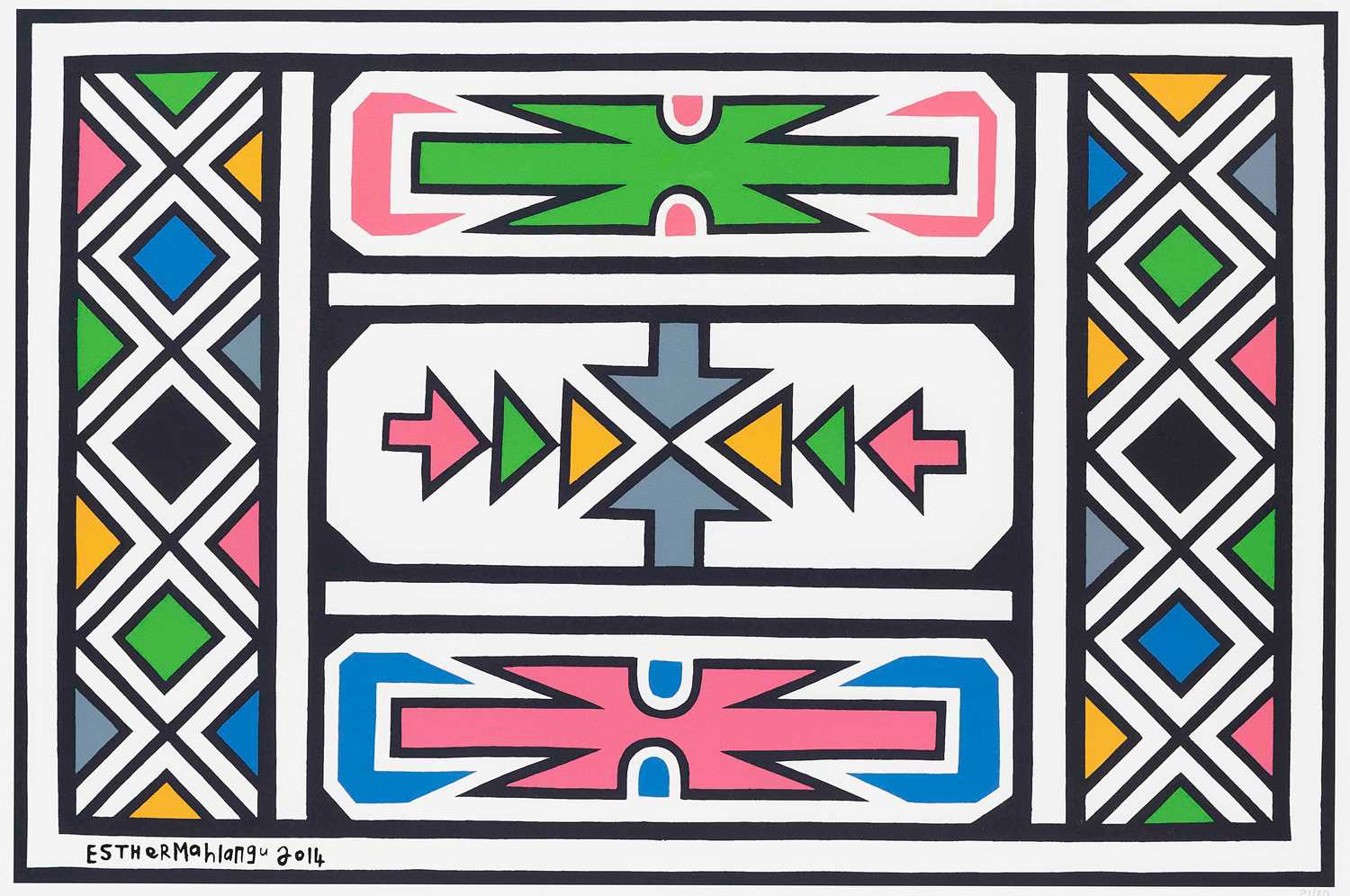 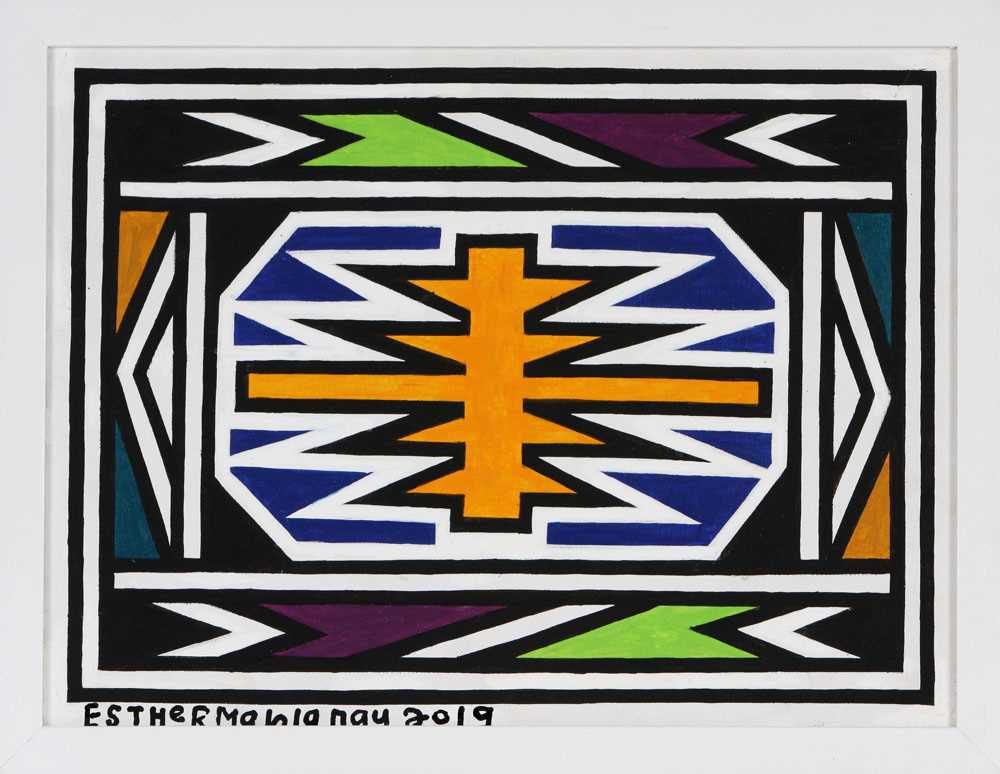