Erik Laubscher was a leading South African abstract painter best-known for his highly stylised depictions of the local landscape. Laubscher was born in Tulbagh, and grew up in Port Elizabeth, in South Africa’s Eastern Cape. Having been rejected by the Michaelis School of Fine Art, in 1946 Laubscher enrolled at the Continental School of Art in Cape Town where he trained under the artist Maurice van Essche.

Laubscher went on to further his studies in London (1947–49), and Paris (1950–51) where he was mentored by British painter John Minton and French modernist Fernand Léger. Whilst at the Académie Montmartre, Paris, Laubscher met his wife, the artist Claude Bouscharain who returned to South Africa with him in 1951.

Not long after his arrival in South Africa, Laubscher established his now-famously distinct style, achieved by applying his European influences to his local landscape. What resulted were ground-breaking, primordial depictions of the landscape described merely by the geometric shapes that comprise them, painted in flat planes of bold colour. In his attempts to capture the essence, the experience and the vast expanse of the landscape, Laubscher expertly transformed realism into abstraction, powerful in its simplicity. Alongside his significant output of landscape imagery, Laubscher also created a number of still life and portrait paintings.

Laubscher’s works have been exhibited extensively both locally and abroad, including at the Venice and São Paulo Biennales. His work is held in the collections of the Iziko South African National Gallery, Cape Town, the Pretoria Art Museum and at the Rupert Museum, Stellenbosch. Notably, in 2009, Laubscher became the first living South African artist to fetch R1 million for a painting at a local auction.

Alongside the significant impact he made as an artist in South Africa, Laubscher is also remembered for having founded the Ruth Prowse School of Art in 1970, working as its principal for 25 years. 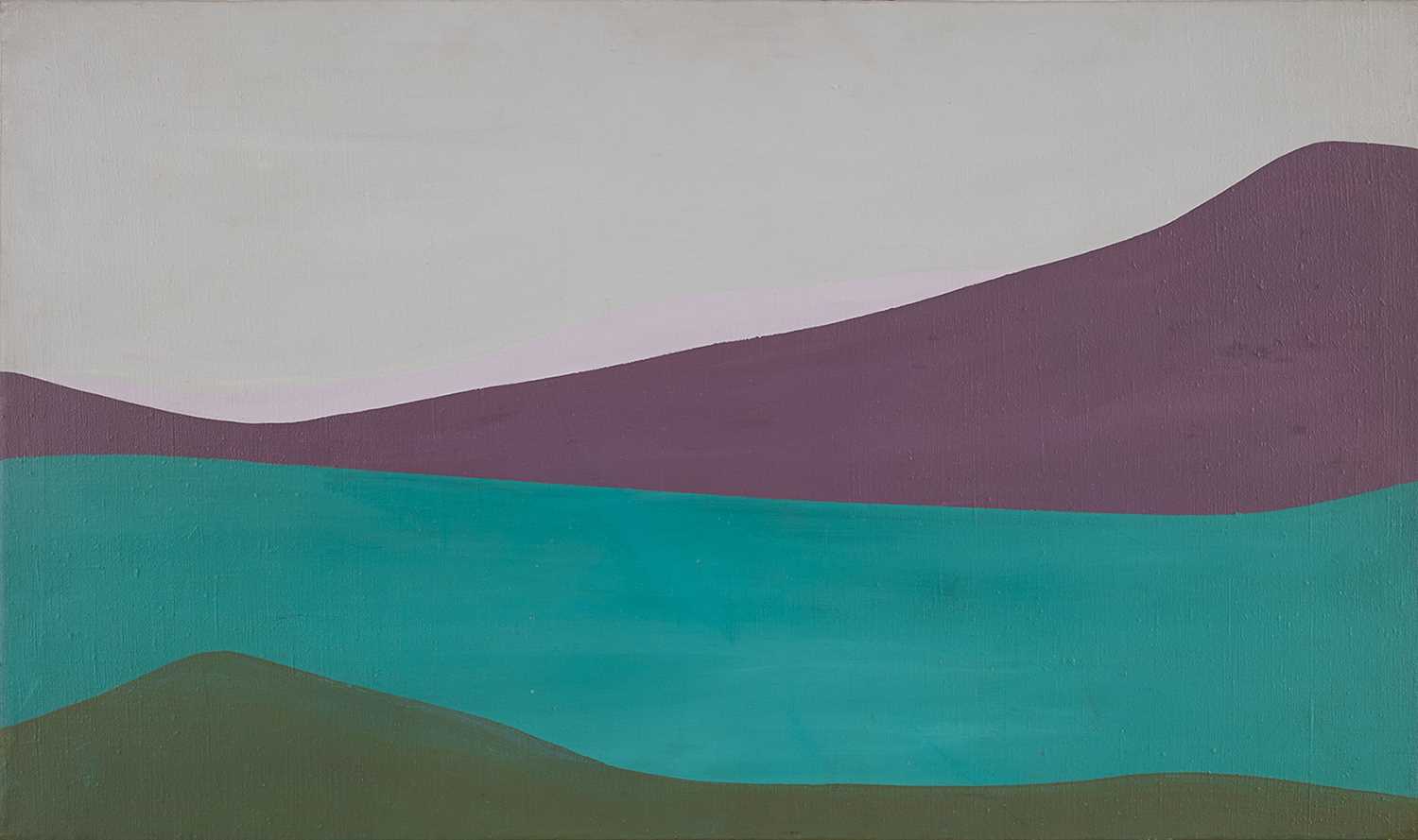 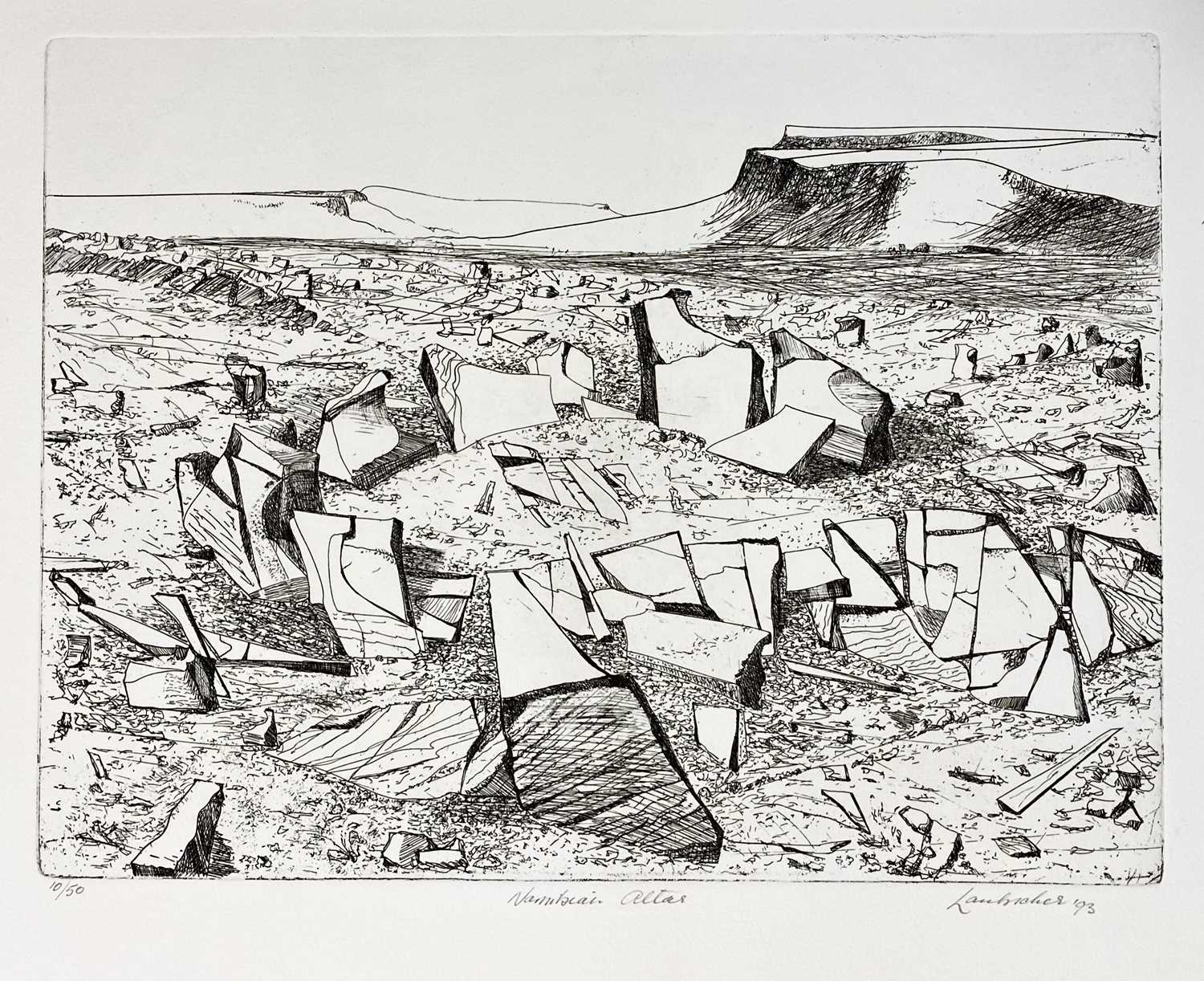 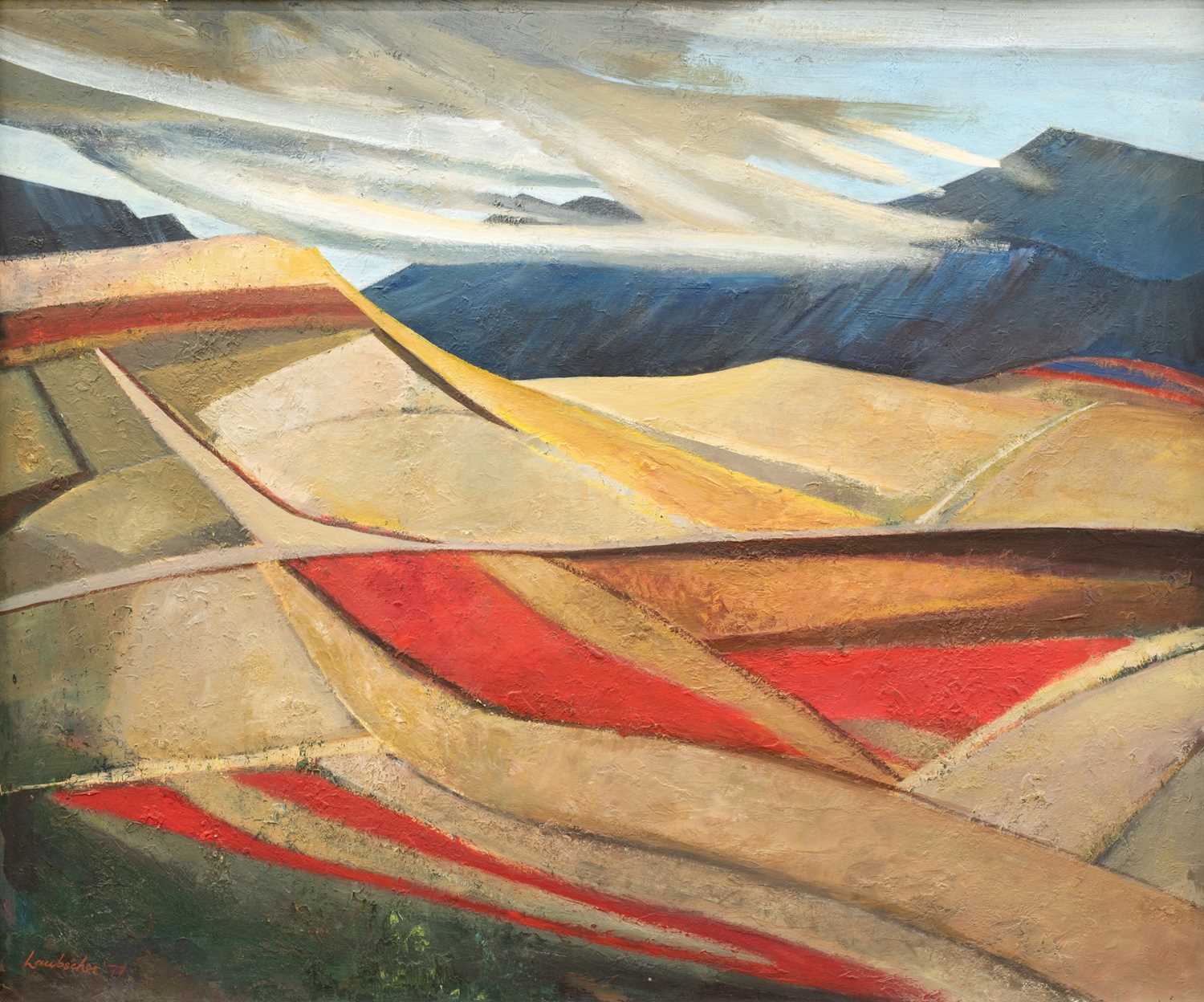 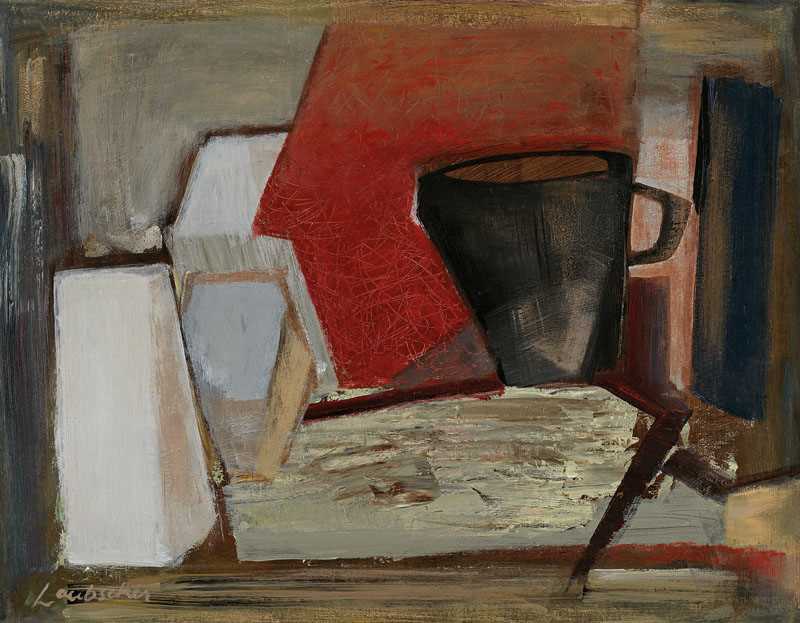 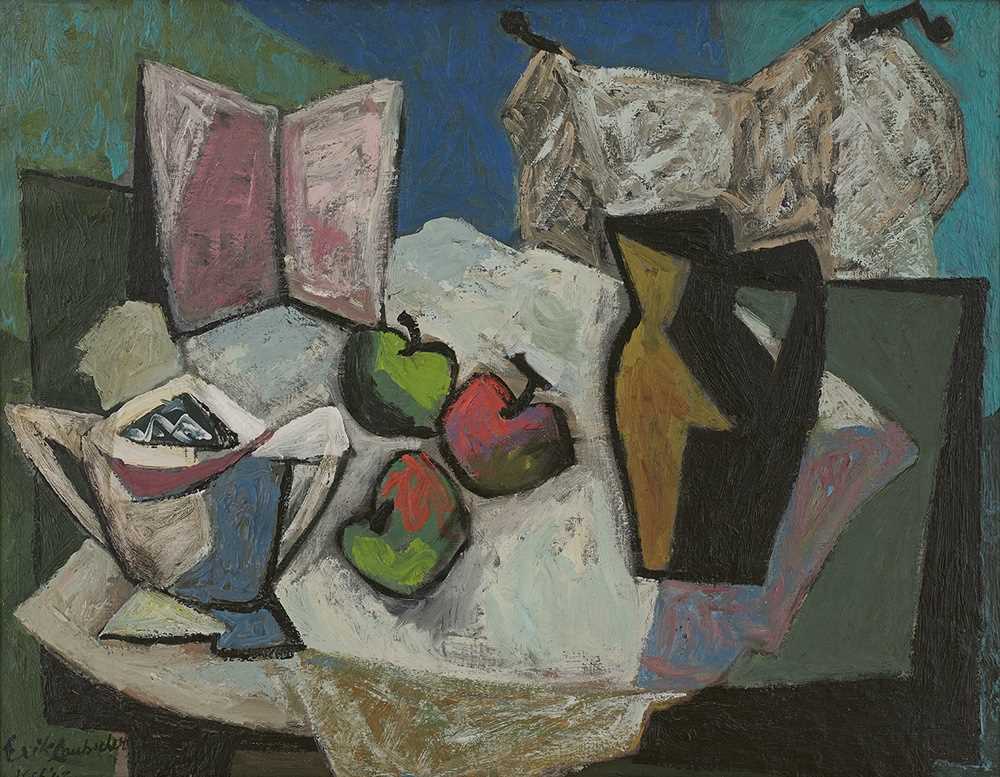 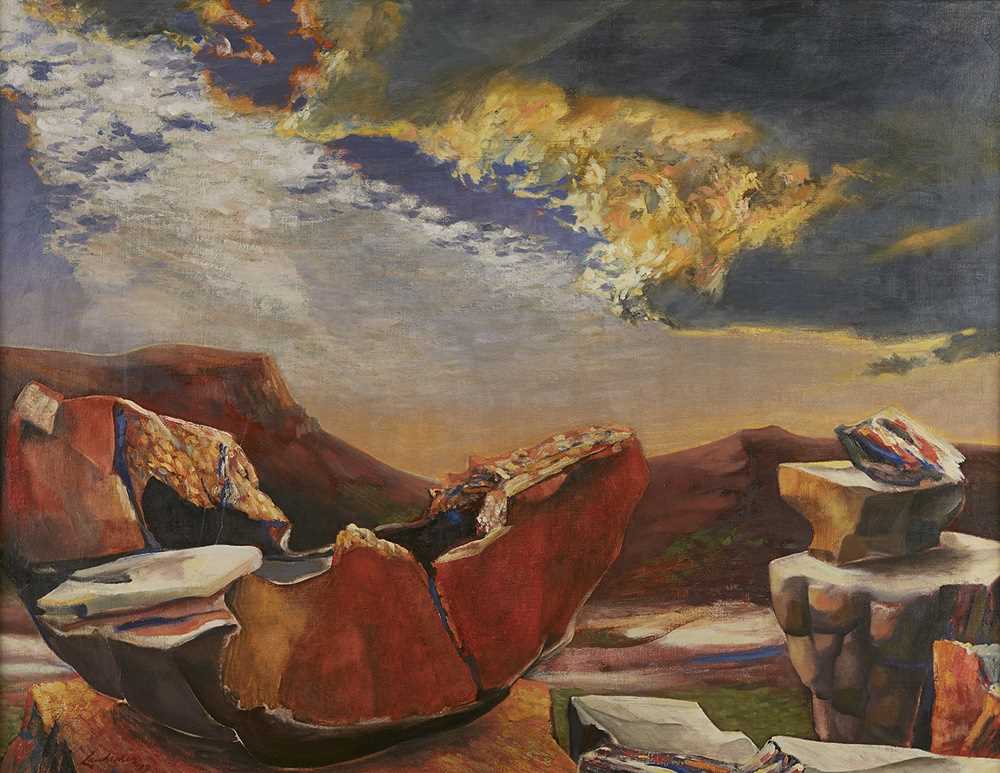 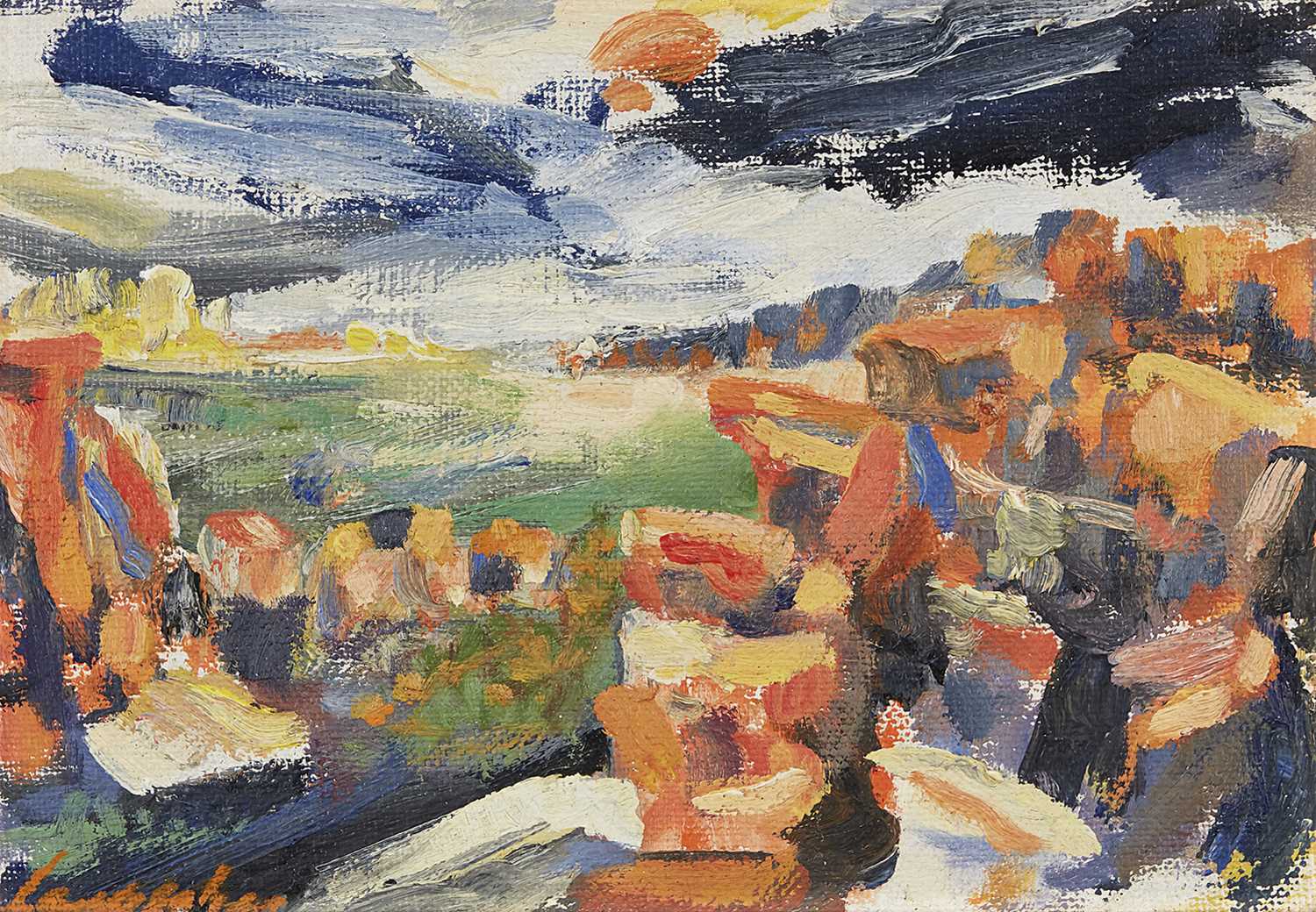