Eleanor Esmonde-White (1914-2007) was born in the town of Dundee in Kwa-Zulu Natal. In 1932 she enrolled at the University of Natal where she studied fine arts, and in 1935 she was awarded a scholarship to spend a year completing her studies at the Royal College of Art, London. Whilst in the UK, Esmonde-White was commissioned to create a mural for the South African embassy at Trafalgar Square. With her work at the embassy having been well received, Esmonde-White was later given a scholarship to study mural painting in London.

Upon her return to South Africa in 1938, Esmonde-White joined the New Group which had been founded by artist Gregoire Boonzaier the year prior. The exhibitions hosted by the collective included some of the country’s most progressive art at the time, including Esmonde-White’s. In 1949 Esmonde-White established the department of Design at the Michaelis School of Art at the University of Cape Town where she lectured for over a decade, and in 1952 she held her first solo exhibition in Cape Town.

Esmonde-White’s oeuvre is comprised predominantly of oil paintings, woodcuts and works on paper. Her paintings are characterised by a warm palette of reds, oranges and pinks often presented in large panes of colour, boldly applied with painterly brushstrokes. The heavily stylised figures which occupy Esmonde-White’s compositions are typically females completing their daily tasks. Alongside her fine art practice, Esmonde-White also worked as an illustrator, as well as a costume and set designer in the local theatre industry.

Esmonde-White’s work has been exhibited in a number of shows both locally and abroad. In both 1957 and 1961 she participated in the São Paulo Biennale, and in 1964 she exhibited at the South African pavilion at the 32nd Venice Biennale. Her work is held in a number of important collections, including at the Iziko South African National Gallery in Cape Town. 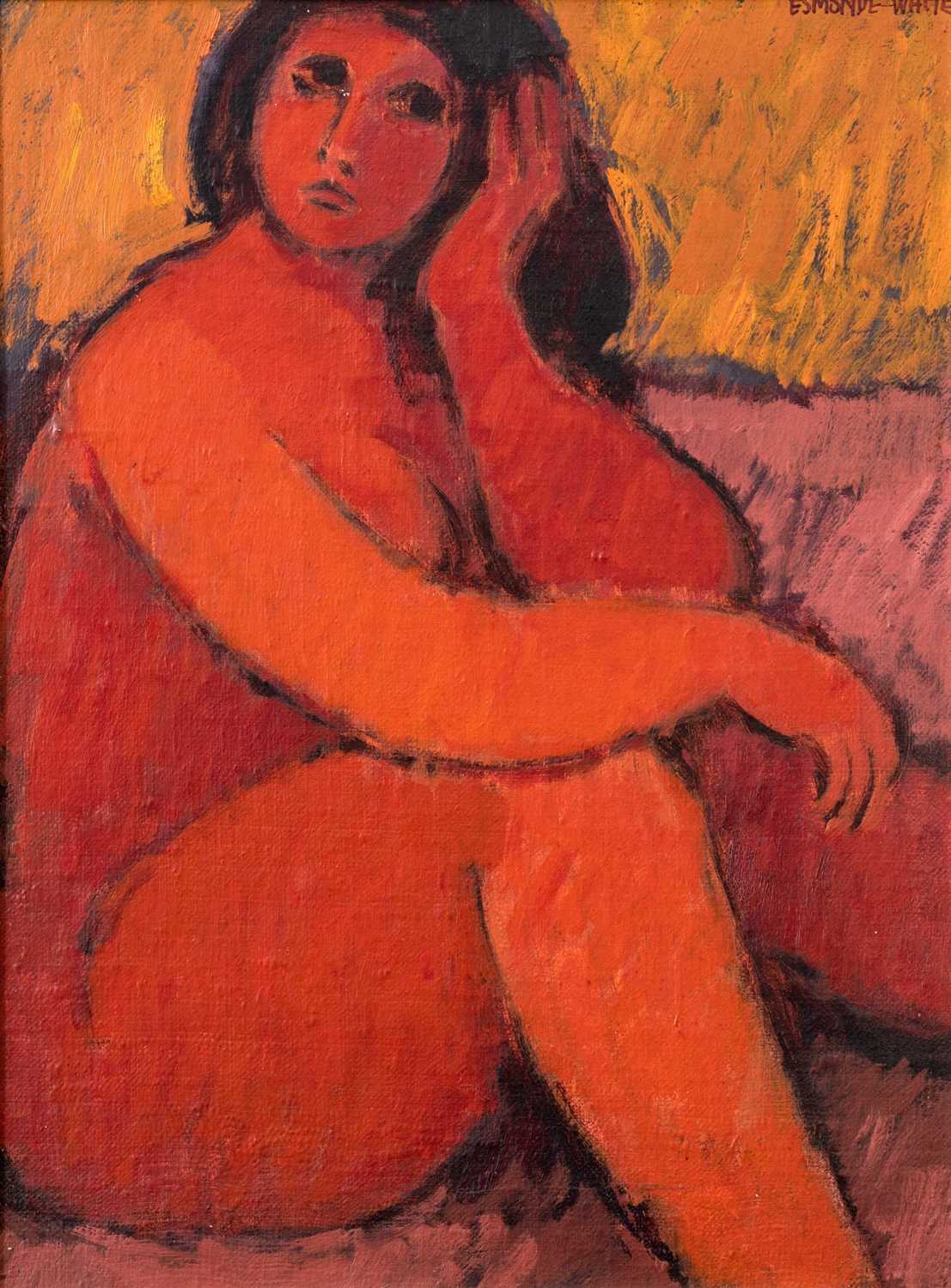 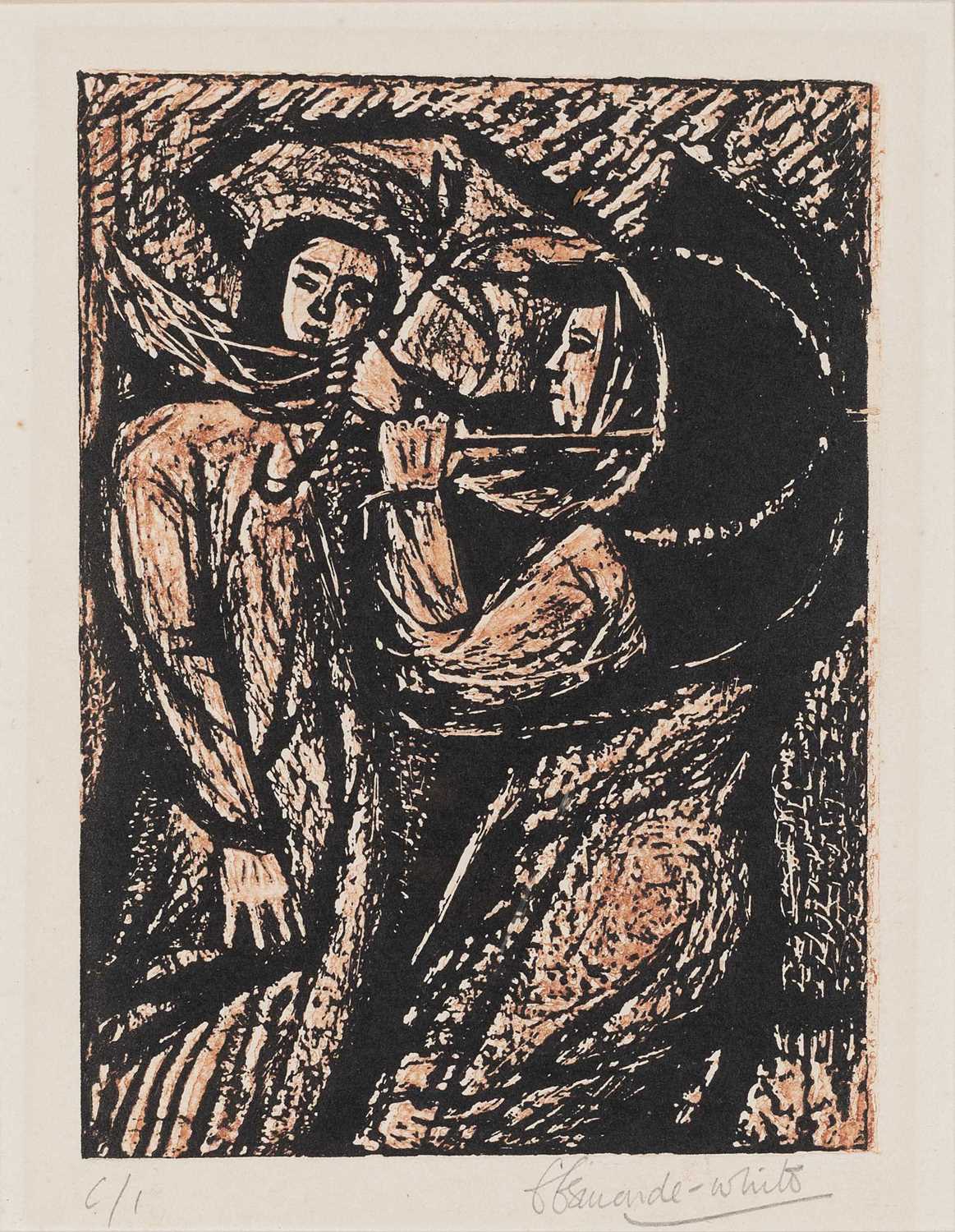 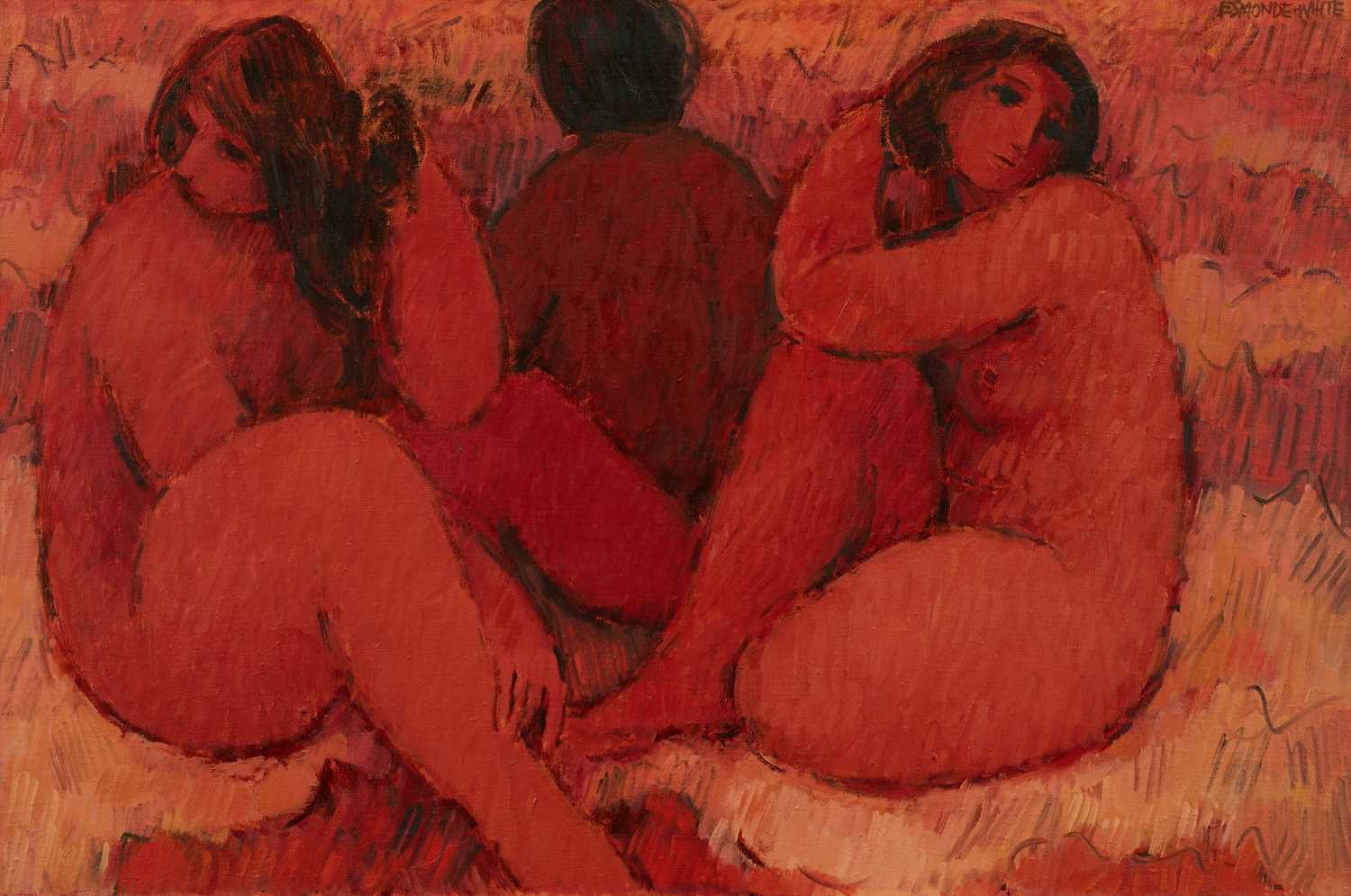 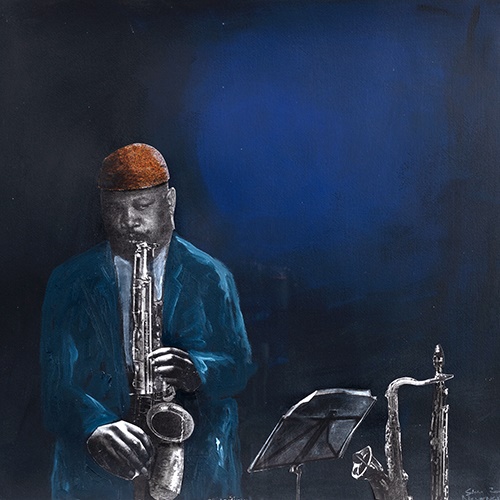