Dominique Zinkpè is a leading contemporary African artist, and more specifically, the most prominent artist to have emerged from Benin. Zinkpè was born in the West African country’s capital, Cotonou. A self-taught artist, Zinkpè’s debut solo exhibition took place in his hometown in 1993.

Zinkpè’s art draws on Beninese history, culture and traditions. Having once been the site of powerful sixteenth and seventeenth-century kingdoms – including the famous Kingdom of Dahomey – Benin later fell under French colonial rule. It’s rich and complex past and the persisting unresolved tensions are central to Zinkpè’s practice.

Zinkpè’s large-scale canvasses depict figures which hover between the human and the animal. The stance of his mythical creatures are evocative of ritualistic dance, nodding to Benin’s spiritual culture. Working predominantly in oil and acrylics with assemblage, Zinkpè’s style is an expressive, dynamic one, rendering his subject matter somewhat abstract. Alongside his painting practice, the artist also works in a range of sculpture, installation, and video works.

Having enjoyed a decades long career, Zinkpè continues to receive increased international recognition. In 1993, he was the recipient of the Prix Jeune Talent Africain (Young African Talent) award at the Grapholie competition in Abidjan, Ivory Coast, and in 2002, he was awarded the West African Economic and Monetary Union (UEMOA) Prize at the Dakar Biennale in recognition of his installation titled Malgie Tout. Zinkpè’s works have been exhibited at major museums worldwide, including at Zeitz MOCAA, Cape Town, the Stedelijk Museum, Amsterdam and Kunsthalle Wien, Vienna. 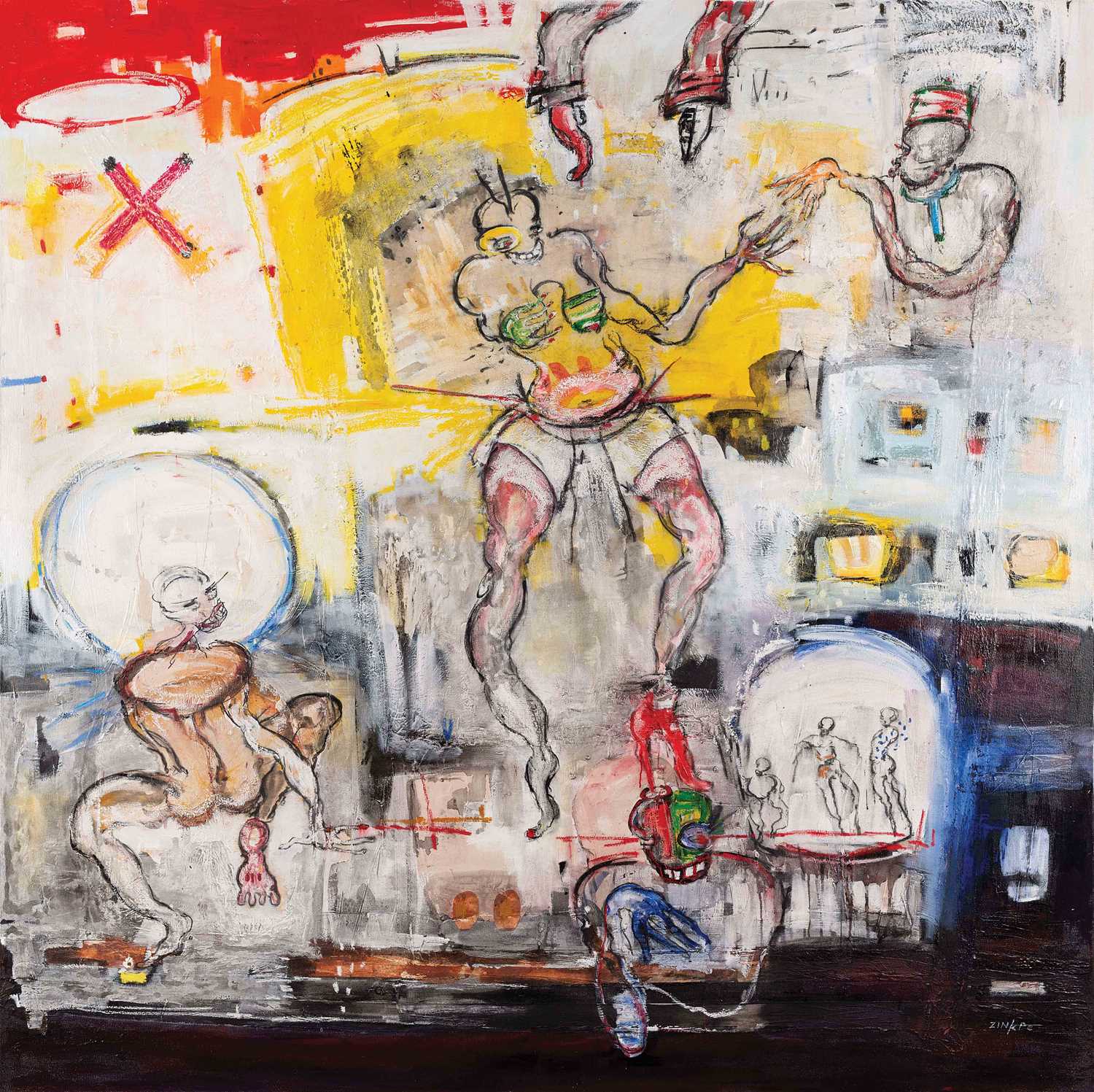