In 1987, Victor was the winner of the Sasol New Signatures Award, and in the following year she became the youngest ever recipient of the prestigious Volkskas (now Absa) Atelier Award which granted her a ten-month long residency at the Cité Internationale des Artes in Paris, France. Shortly after her return to South Africa, in 1990 Victor presented her first solo exhibition at the SA Association of Arts, Pretoria.

Victor is widely regarded as a master draughtsman and printmaker, working in charcoal, pastel and pencil, alongside various other media including dry point etching. She employs figures – including her own­­ – to create works which satirically confront issues which plague contemporary South Africa, and the world at large. Violence and corruption are recurring themes in her work. Victor’s art is particularly admired for its rich allegorical layering and the meticulous detail within her compositions.

Victor’s works are held in significant collections around the globe, including at the Iziko South African National Gallery, Cape Town, the Pretoria Art Museum, the Metropolitan Museum of Art, New York and MOMA, New York. She has participated in exhibitions at a number of prestigious institutions such as the Yale University Art Gallery, USA and Adelaide Central Gallery, Australia. 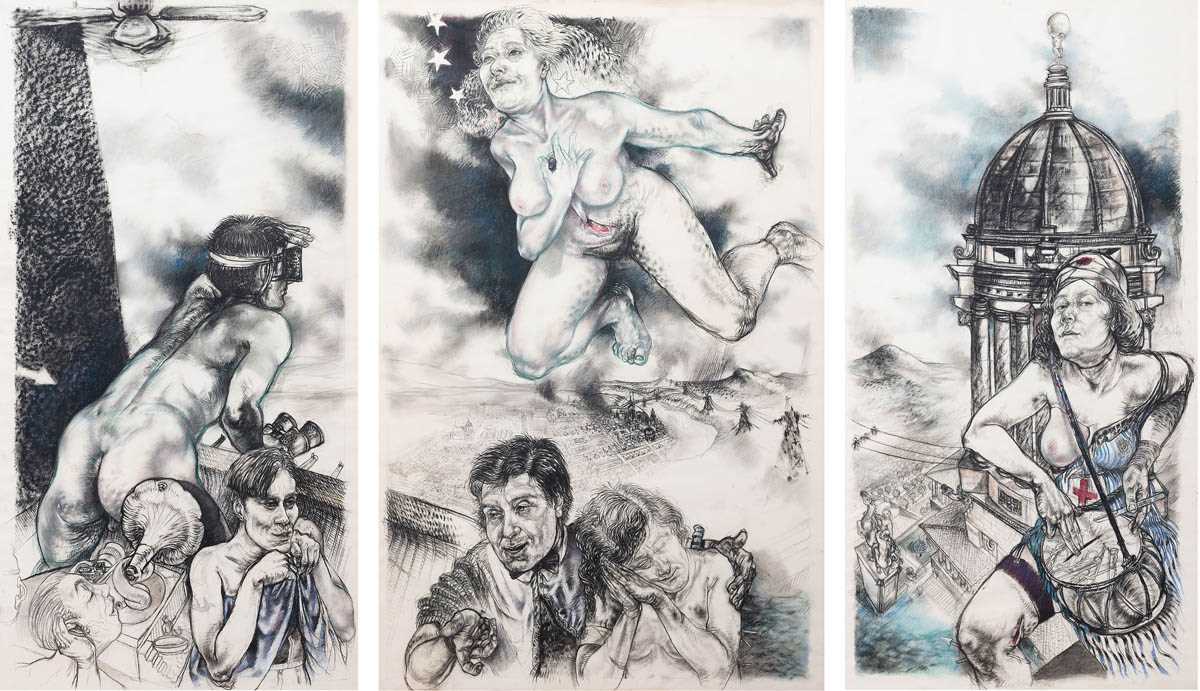