Bertha Everard (1873-1965) is the matriarch of The Everard Group, a dynasty of South African female painters spanning four generations. Although born in Durban, Everard moved to England with her mother and her sister, Edith King when she was just an infant. She initially studied piano in Vienna, but in 1891 returned to England where she turned her attention to painting, training at several institutions across the country including at the Slade School of Art in London.

Having also completed a certificate in teaching whilst in Britain, it was when Everard was offered a post at Pretoria Girls’ High that she finally returned to South Africa in 1902. She left the position the following year to move to Bonnefoi, her husband’s farm in the Transvaal. The landscapes which surrounded her there would provide immeasurable artistic inspiration to her and her family for generations.

Everard’s earlier, more naturalistic work was greatly influenced by the English landscape paintings she encountered in her younger years. However, when she travelled to Europe with her daughters in the 1920s, Everard encountered a new age of modernist art, and was particularly inspired by the work of the Bloomsbury Group. In the years that followed, Everard’s brushstrokes became looser and increasingly gestural, and her use of line and colour more expressive. Her highly stylised landscapes became the quintessential Everard works.

Although she exhibited extensively in South Africa and in Europe – including at the Royal Academy in London­ – Everard was largely overlooked as an artist within her lifetime. Since her passing in 1965 however, she’s come to prominence largely due to a number of exhibitions centred on The Everard Group as well as the publishing of the 1980 monograph The Women of Bonnefoi written by art historian Frieda Harmsen. In 1967, the Pretoria Art Museum held a major retrospective show, The Everard Group, and in 2000 The Everard Phenomenon travelled to museums throughout South Africa, including the Durban Art Gallery and the Standard Bank Gallery, Johannesburg. 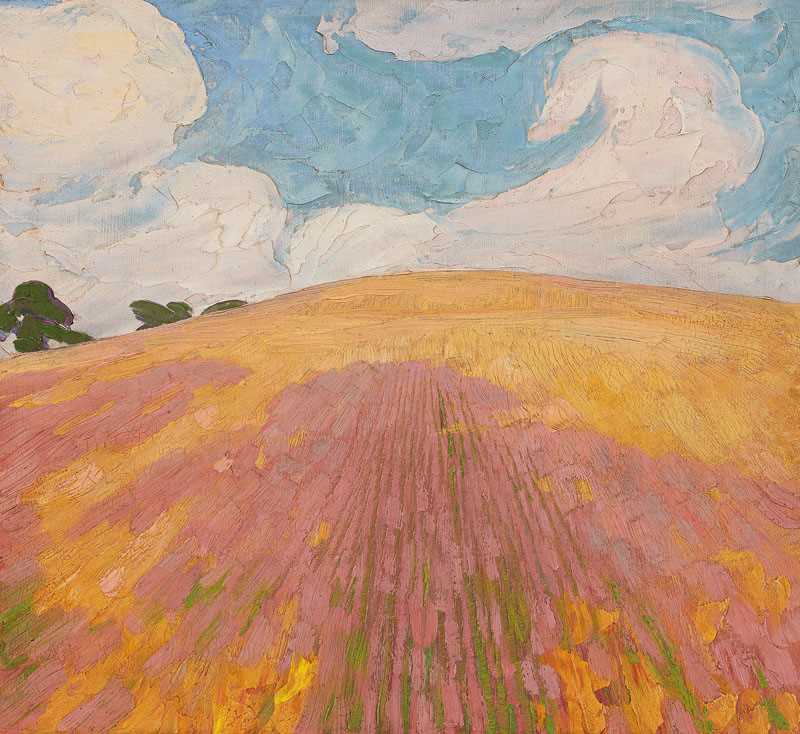