Avant Car Guard is a three-member visual arts collective made up of Zander Blom, Jan-Henri Booyens and Michael MacGarry (recipient of the 2010 Standard Bank Young Artist of the Year Award), exhibiting and authoring as a single artist. Originally based in Johannesburg, the group was first formed in 2005 and were last active 2012. The collective creates works across numerous media including photography, sculpture, performance, printmaking, installation and painting.

Avant Car Guard is anti-authoritarian in a Dada-esque manner, working in a conceptual and self-reflexive manner to satirise the South African art world, its various industry players, and even the process of creating art itself. Often brash, and sometimes crass, they depict a variety of subject matter (sometimes arbitrarily), including portraits of various local artists such as William Kentridge, Robin Rhode and Roger Ballen.

Avant Car Guard’s works have been exhibited widely both locally and abroad including at Stevenson, Cape Town; WHATIFTHEWORLD, Cape Town and the Pure Project, New York. Additionally, they have produced live interventions at Blank Projects, Cape Town and the Joburg Art Fair. The group have also published three publications on their work to-date: Volume I, Volume II and Volume III. 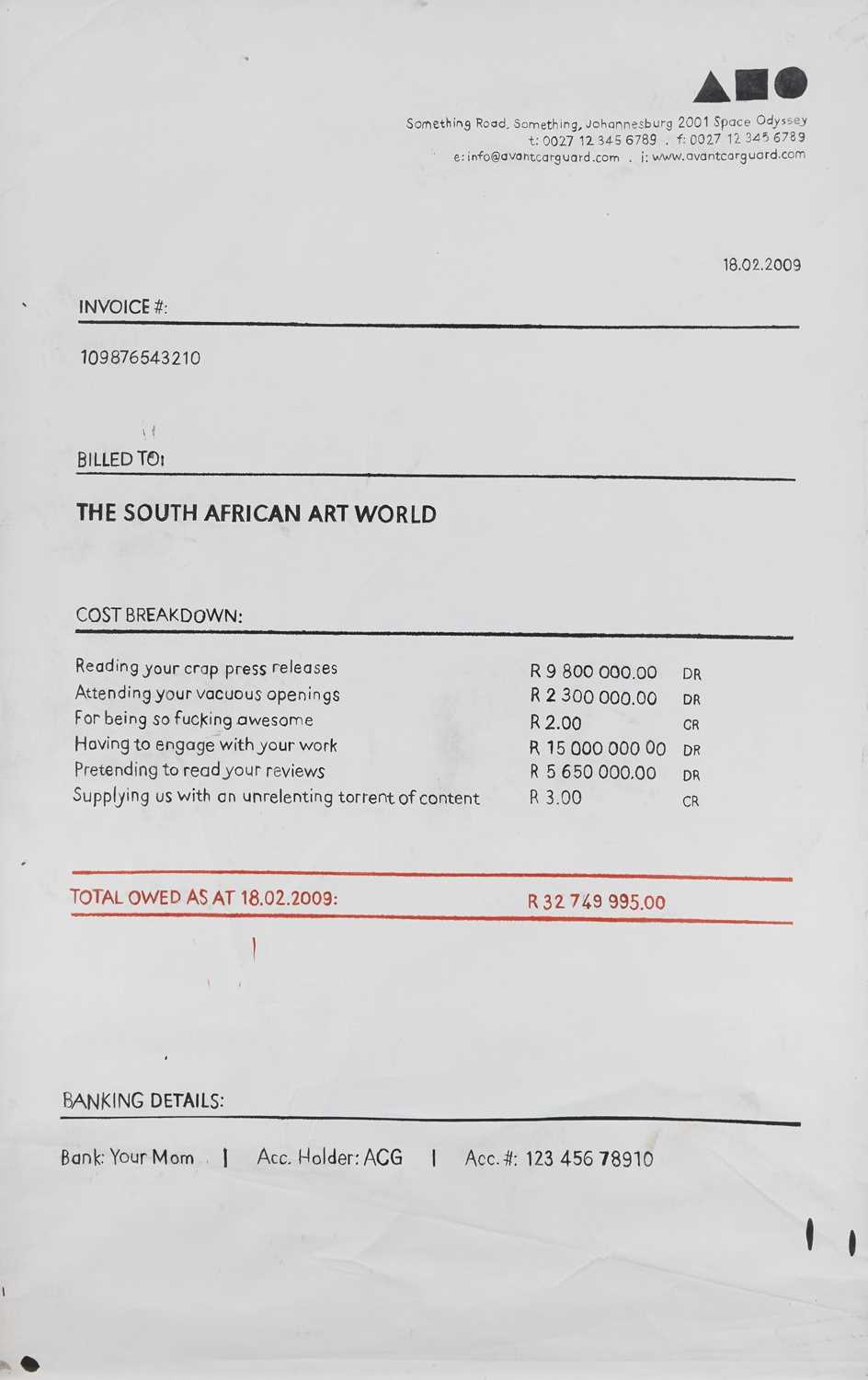 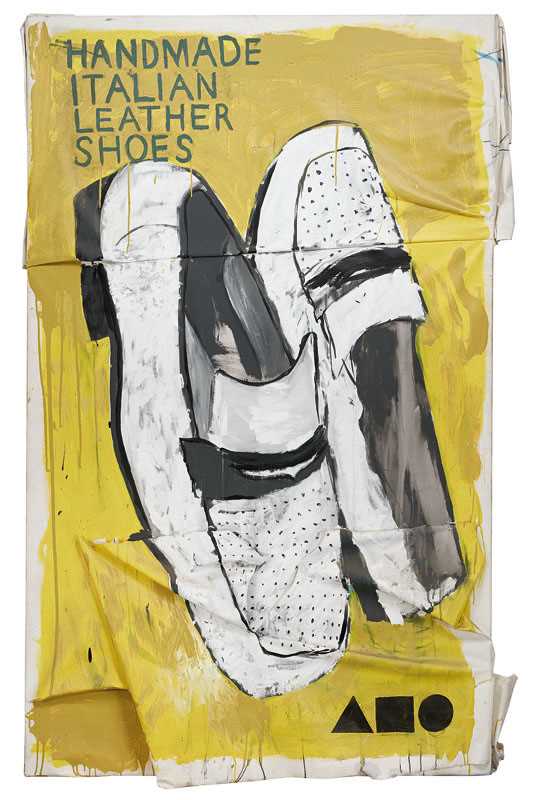