Alfred Thoba (b. 1951) is a social realist painter who has earned a reputation for his unique ability to create emotionally charged works which expertly balance satire and humour with sharp political criticism. Thoba is a largely self-taught artist, although he trained for a short period in Swaziland, and later in Johannesburg where he worked under the guidance of Bill Ainslie at the Johannesburg Art Foundation.

After spending some time working in the advertising industry, in 1974 Thoba turned to painting on a full-time basis and quickly achieved some notable success. South African multimedia artist and author Sue Williamson included Thoba in Resistance Art in South Africa – an influential book published in 1989. Five years later, in 1994, the South African National Gallery in Cape Town added a painting by Thoba to their permanent collection.

Thoba’s practice is comprised primarily of work in oil on board, canvas and paper. Thoba depicts figures in interiors as well as amongst cityscapes and landscapes in a style which tends towards the naïve; characterised by flat planes of colour, dark line and a mixing of perspectives. Thematically, Thoba’s works are centred on social, political, sexual and religious issues. More recently, Thoba’s works look predominantly at township life and the effects of urbanisation on traditional culture, drawing inspiration from stories he reads in local newspapers.

Thoba’s works have been exhibited throughout South Africa for almost four decades. His first major exhibition came in 1988 when he participated in the group show Artists Protest Detention without Trial at the Market Gallery, Johannesburg. In 1996, his work was included in Fault Lines: Enquiries into Truth and Reconciliation, at the Cape Town Castle. A major retrospective exhibition of his work, Alfred Thoba: A Step Becomes a Statement, was held at the Wits Art Museum in 2018. 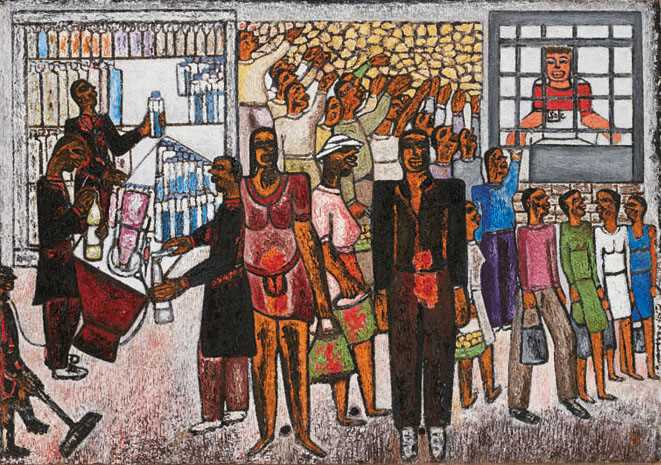 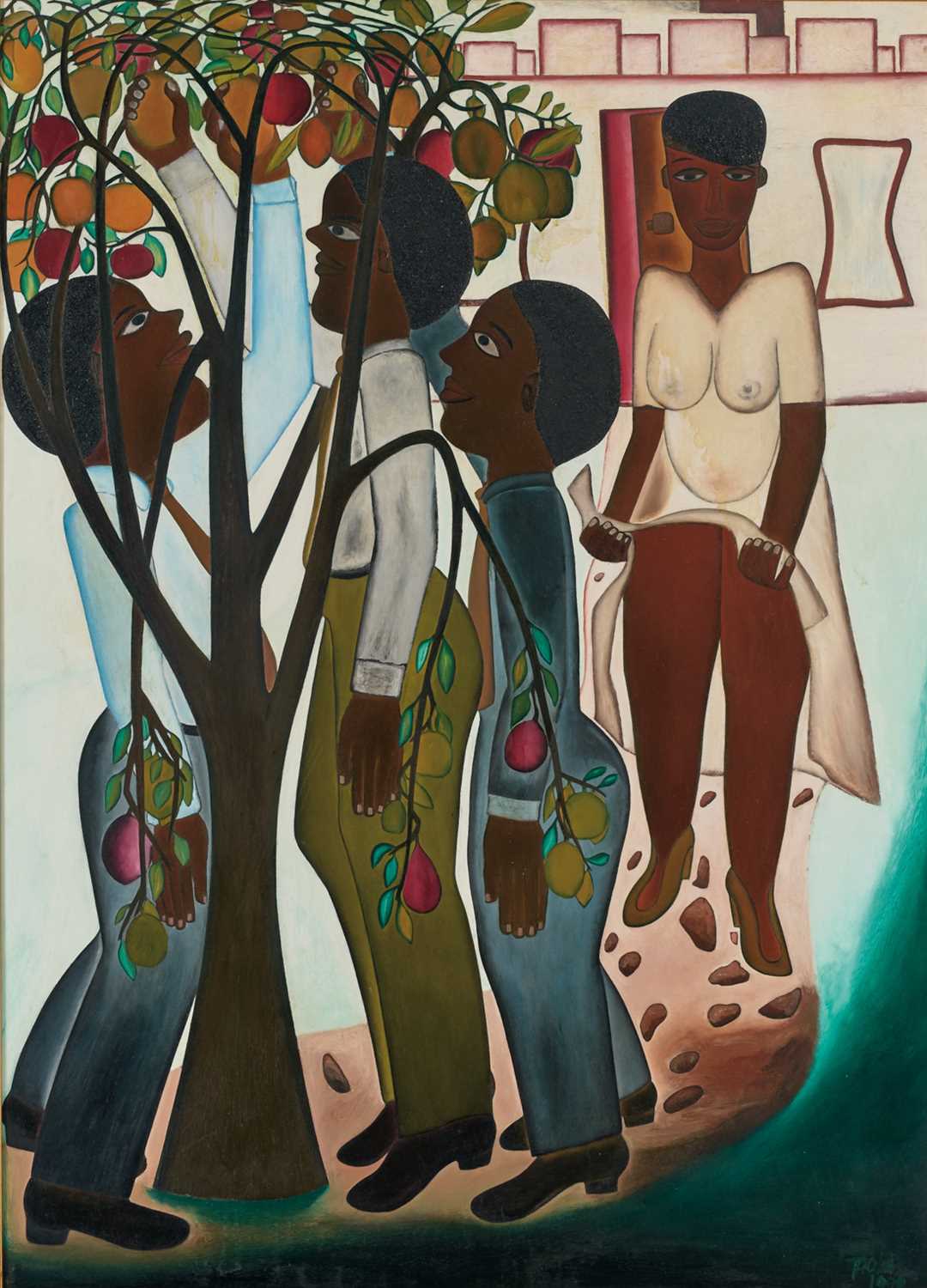 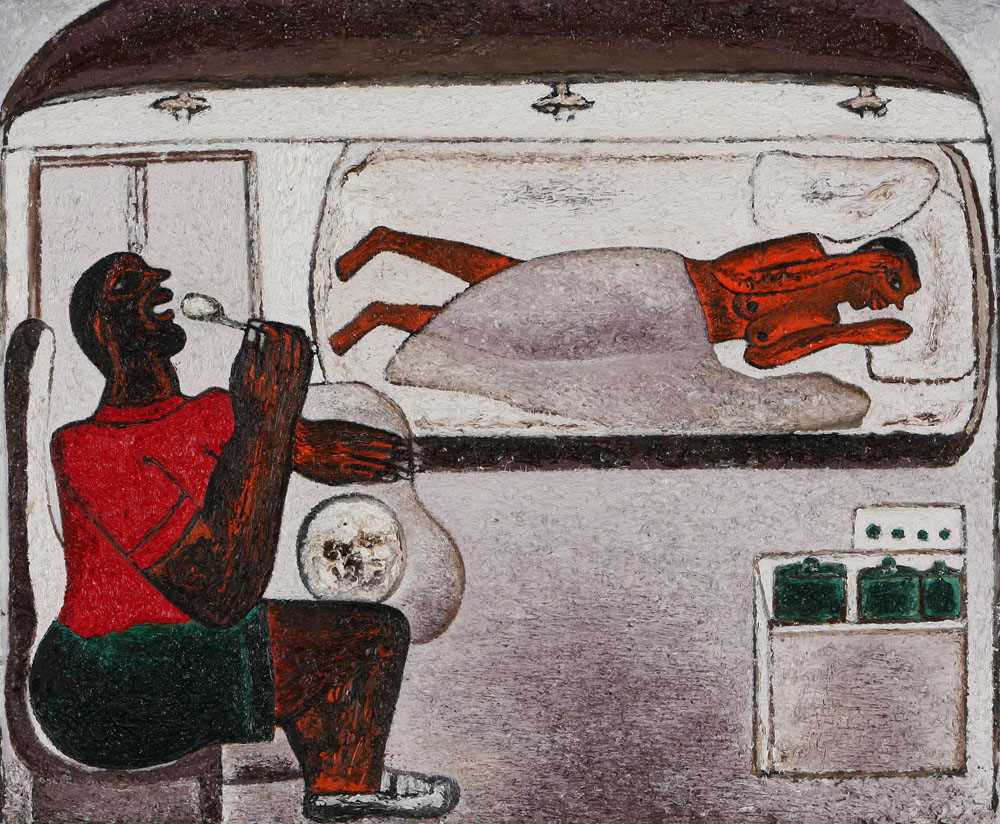 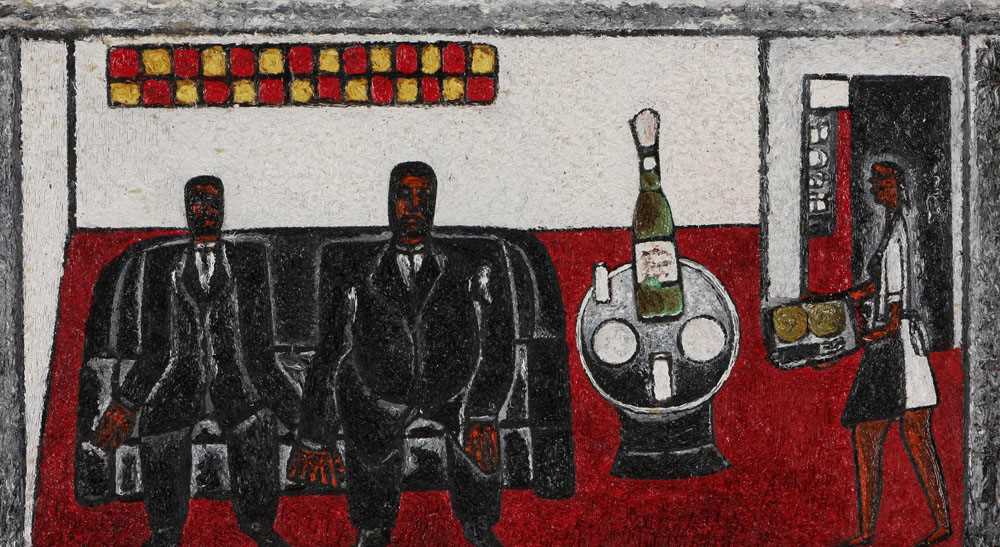