Alexis Preller is a leading South African modernist, once dubbed by a local art critic as South Africa’s Gauguin. Preller was born and raised in Pretoria where he showed an early interest in theatre. When Preller travelled to London in 1934 with the intention of training to become a playwright, he met the famous South African artist,  JH Pierneef who guided him to enrol at the Westminster School of Art where he studied painting instead – a decision which would mark a turning point in Preller’s life and career.

In London Preller was exposed to the European modernists for the first time and was particularly inspired by the French Post-Impressionists the likes of Vincent van Gogh and Paul Gauguin. Upon his return to South Africa in 1935, Preller found further inspiration in local art and tradition, having been particularly drawn to the Ndebele people and their bold, colourful creations. Preller amalgamated these interests to create his own idiosyncratic style, consequently earning himself an early reputation as a talented colourist. When Preller resumed his travels throughout the 40s and 50s, he continued to draw from what he encountered, from Egyptian symbolism to the confidence of Irma Stern, and the macabre scenes he witnessed during WWII.

As an artist who was constantly inspired, and continuously evolving, Preller is today lauded for his innovation. His masterpieces range from the celestial to the figurative, often punctuated by symbols and sometimes nodding to the surreal, but always bewitching to encounter.

As one of South Africa’s best-known artists, Preller’s work has been exhibited extensively, and is held in a number of prominent collections, including at the Iziko South African National Gallery (ISANG) in Cape Town. In 1948 Preller participated in South African Art at the Tate, London and in 1956 his work was shown at the Venice Biennale. In both 1972 and 1975 the Pretoria Art Museum hosted important retrospective exhibitions of the artist’s work. The definitive monologue, Alexis Preller: Africa, the Sun and Shadows, authored by Esmé Berman and Karel Nel was published in 2009. It followed the major exhibition of the same name held at both ISANG and the Standard Bank Gallery, Johannesburg. 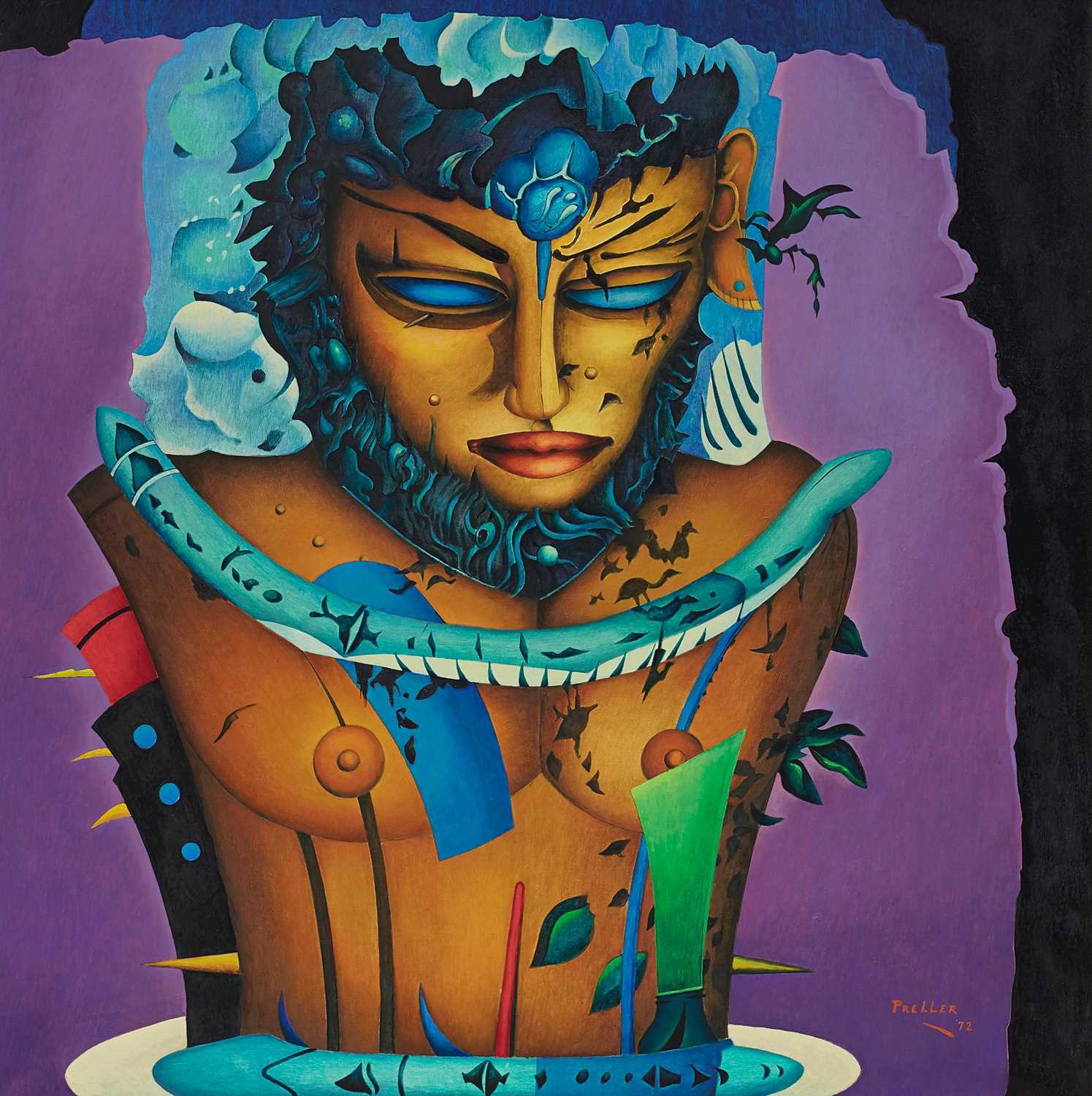