Albert Adams was a South African modernist artist best known for his ground-breaking work, South Africa 1959 – often referred to as the South African Guernica as it seemed to predict the turmoil of 1960s South Africa.

Adams showed a talent for drawing from a young age and was encouraged by his high school teachers to pursue art further. As a result, Adams applied to study at the University of Cape Town’s Michaelis School of Fine Art but was sadly denied as a result of racially discriminatory policies. Instead, like many of his contemporaries, in the 1940s Adams enrolled in teacher training college. In his spare time, he attended the St Peter’s School in District Six where, along with his high school classmate, Peter Clarke, he was able to hone his artistic talents.

Between 1953 and 1957, Adams trained at the Slade School of Fine Art, London before receiving a bursary to study at the Munich School of Art. He then spent time in the Salzburg studio of the famous expressionist painter Oskar Kokoschka, with whom Adams became close friends. Thereafter, Adams returned to South Africa multiple times before ultimately settling in London in 1967. There, he taught at a number of schools prior to being employed by the City University of London between 1979 and 1997.

Adams hosted his first solo show at the Argus Gallery in 1959 – the same year that he produced South Africa 1959. Like this painting, much of Adams’ work deals with human violence and oppression, most predominantly through the depiction of menacing figures with contorted faces in a style reminiscent of the German Expressionists.

Upon his death in 2006, Adams donated his collection of works to the Iziko South African National Gallery, Cape Town, and in 2008 the Gallery hosted Albert Adams: Journey on a Tight Rope, a major retrospective exhibition of his work. The exhibition was accompanied by a publication of the same title, authored by Marilyn Martin and Joe Dolby. In 2016, Adams was recognised with yet another retrospective exhibition, Bonds of Memory which showed at SMAC Gallery in Cape Town. 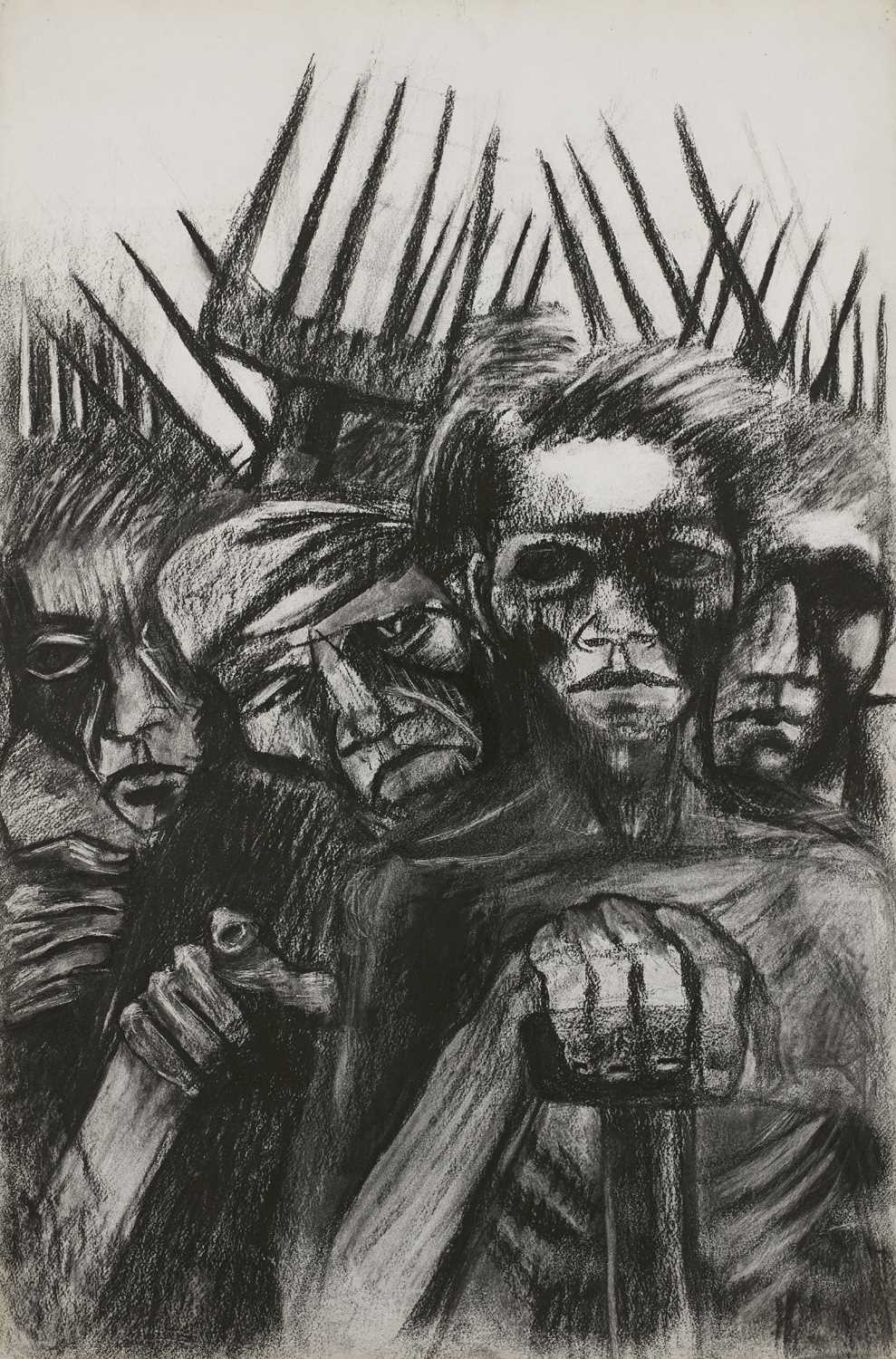