Printmaking is integral to William Kentridge's artistic practice. Join us for a Zoom talk as we spotlight a collection of Kentridge’s prints from our upcoming Live Auction of Modern & Contemporary Art and delve into the artist’s creative method and the fascinating technical process of printmaking.

He began his career learning etching at the Johannesburg Foundation and has, over four decades, experimented with a broad range of techniques, from etching to lithography, aquatint, drypoint, photogravure and woodcut.

Admirers and collectors are invited to join us and our panellists as we consider history and meaning but also the fascinating technical and creative aspects of the the printmaking process. 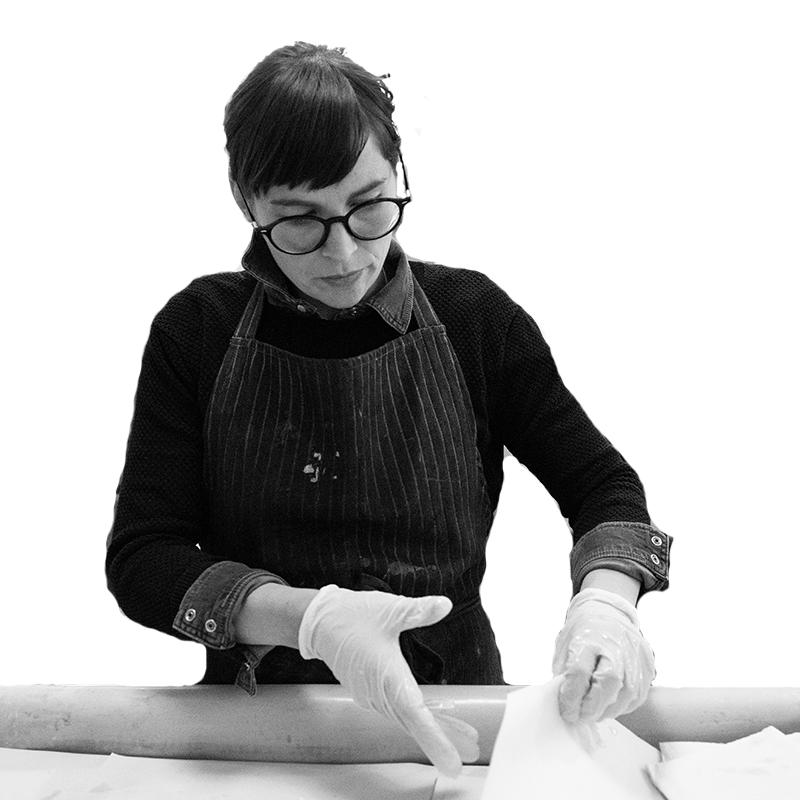 Jillian Ross is a leading South African collaborative master printer. Ross has been the Master Printer and Director of the David Krut Workshop (DKW) in Johannesburg, South Africa, for the past 16 years. She has worked with over 100 artists and her most notable ongoing collaboration exists with William Kentridge; collaborating with the artist in creating over 150 editions including the Triumphs and Laments Woodcuts series of six life-size, multiple-plate woodcuts with collage (2016–2020); the Universal Archive series of 75 linocuts on dictionary pages (2011–2014); and The Nose series of 30 etchings (2006–2010).

Many of Ross’ collaborations have been shown internationally and are included in collections at well-respected institutions including the Museum of Modern Art (U.S.A), Kunstmuseum Basel (Switzerland), The Berlin Kulturforum (Germany) and Zeitz MOCAA–Museum of Contemporary Art Africa (South Africa). Her collaborative projects are well-documented through publications and she is regularly invited to lecture on printmaking​.
​
In 2020 Jillian Ross returned to Canada with her husband and two children.

Whilst developing new relationships and projects in Canada, such as a soon-to-be released collaborative print project at the University of Alberta with William Kentridge, Ross will be strengthening her old ones in South Africa by continuing her inclusive collaborative work with the David Krut Workshop (DKW) and other project partners.

Tammy Langtry, South African born, is currently working as an independent curator and cultural producer. She most recently worked as an Assistant Curator (2017 – 2021) at Zeitz Museum of Contemporary African Art (MOCAA), Cape Town and is currently developing a Pan-African artist residency, LAPA, a co-conceptualised project with the Visual Arts Network of South Africa (VANSA) and the Goethe-Institut.

She holds an Honours degree (Art History, 2010) from the University of the Witwatersrand and has since worked on independent and institutional curatorial projects.