Looking at Irma Stern's "Still life with roses, blue bowl and the artist's brushes in a pot" 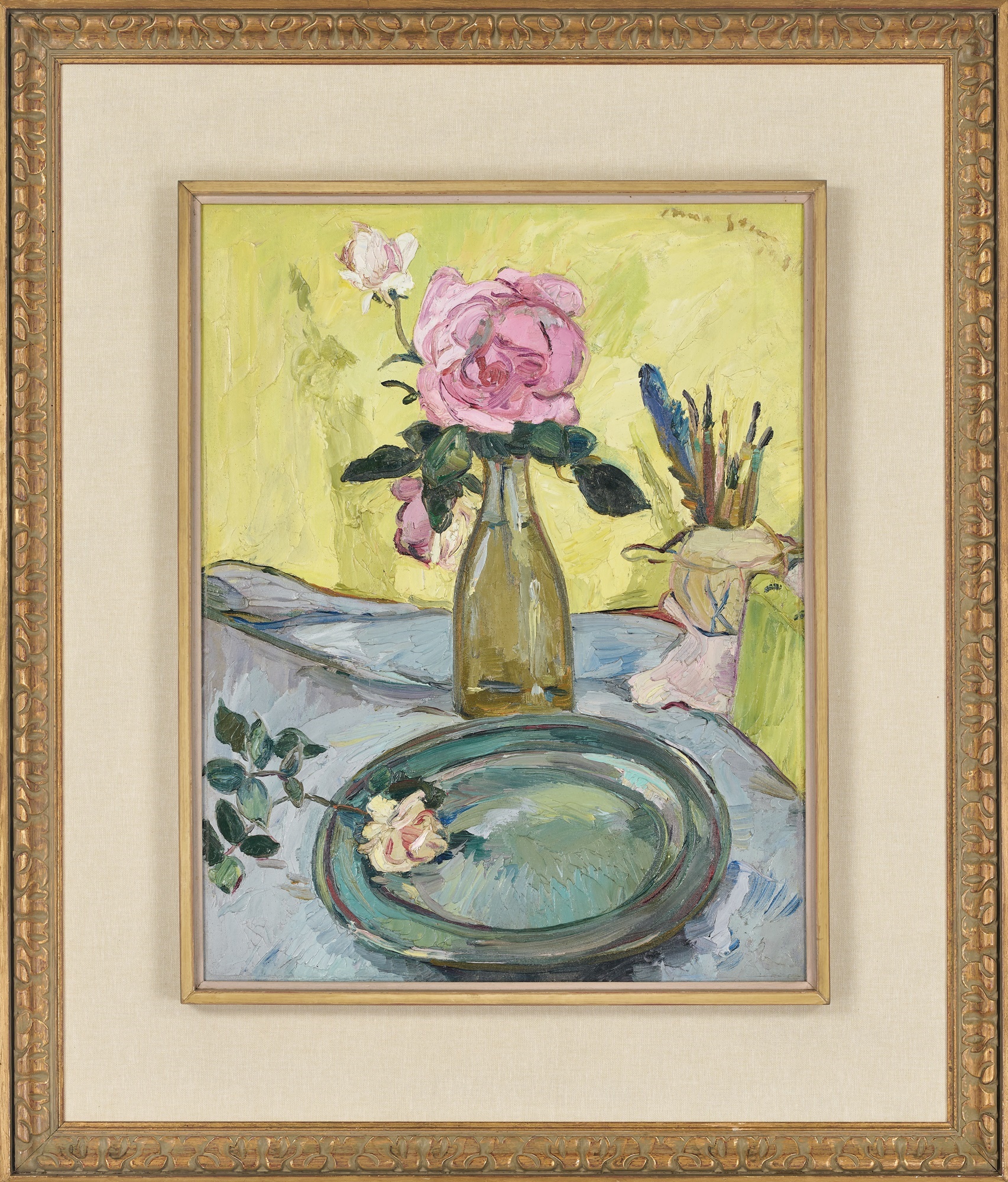 A highlight on our upcoming auction of Modern & Contemporary Art in Johannesburg on Tuesday, 30 November, is Irma Stern’s delightfully vibrant painting Still life with roses, blue bowl and the artist’s brushes in a pot. Stern painted this work in 1936, a prolific period during which many of her finest works were created.

Many of Stern’s most well-known paintings were derived from capturing subjects on her extensive travels. This work is, however, more intimate and brings the viewer into the artist’s private domestic space and the sanctuary of her studio. Stern painted staged still-life scenes throughout her career and developed a substantial oeuvre of still-life paintings for which she is much celebrated. As an avid collector, she amassed African sculptures, prayer mats, antique vessels and oriental and medieval objects on her travels. These objects were often included in her works, but she also frequently introduced personal objects, important in her day-to-day life.

LEFT: Irma Stern in her studio.

RIGHT: Irma Stern’s paintbrushes and other artist’s tools in her studio at The Irma Stern Museum in Rosebank, Cape Town. November 2021.

This exquisite still-life was most likely constructed in Stern’s studio – where she spent long hours painting. The room, which is now a part of The Irma Stern Museum in Rosebank, Cape Town, is today painted in a similar yellow to that seen in the background of this work. According to Museum Director, Nadja Daehnke, the current shade is based on the original colour – ascertained from taking scrapings of the layers of paint in the room. In this work, Stern includes a small pot holding her paintbrushes – the tools she used every day. Just in front of this vessel, a bright yellow book stands on its side, as if the reader has casually placed it there in a moment’s pause. In the centre, carefully placed on top of a mauve cloth, sits an empty dish with a single rose stem and behind this a glass vase with three masterfully painted pink roses – flowers most likely picked from the artist’s lush garden, a tranquil and sacred space where Irma Stern could take refuge from the impositions of the busy world outside.

Still life with roses, blue bowl and the artist’s brushes in a pot can be viewed at our gallery in Johannesburg.