On view in Cape Town until 30 January 2022 is a special installation of South African artist Doreen Southwood’s well-known sculpture Suspension of Disbelief. 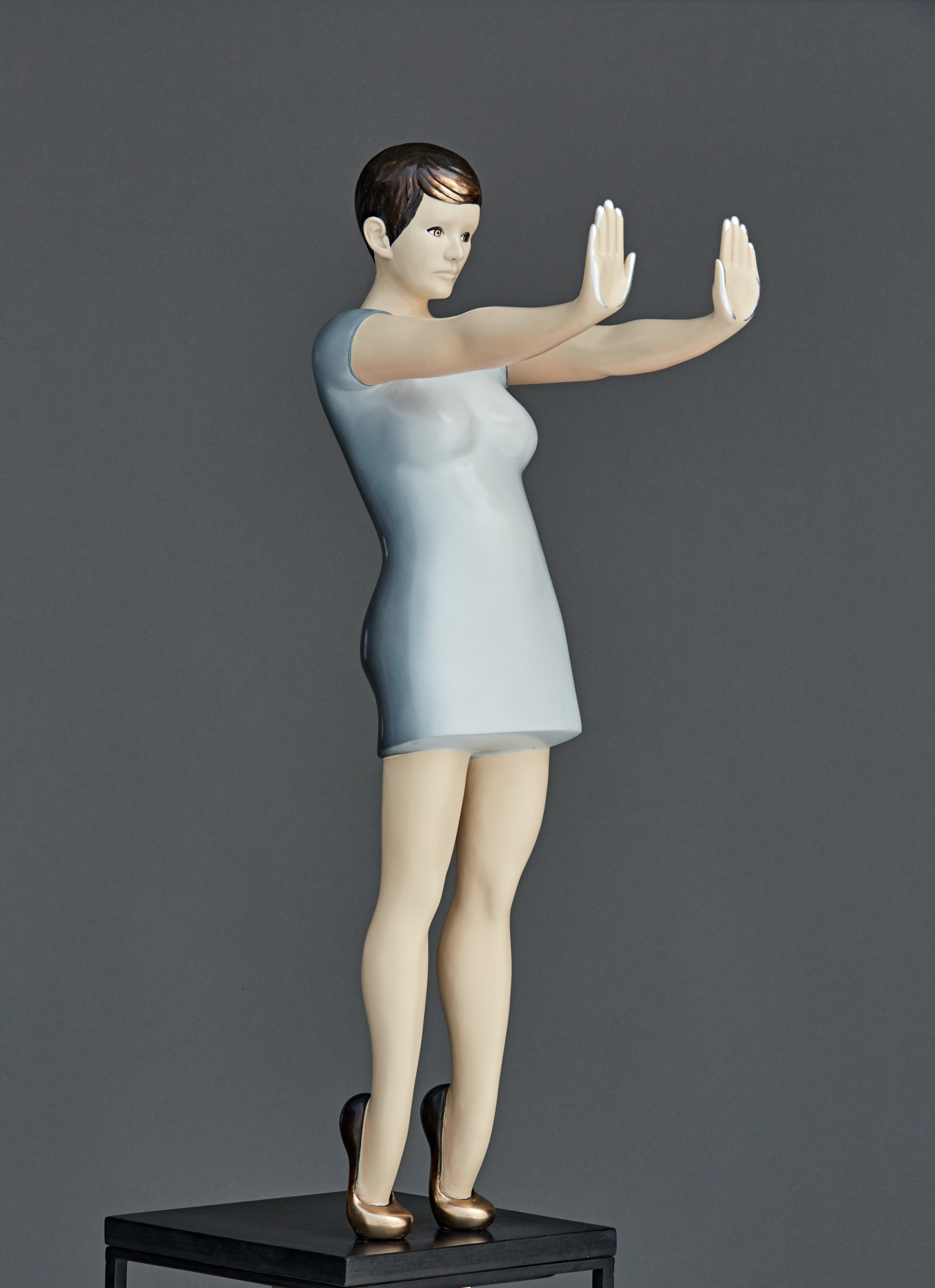 Having worked in a wide variety of media ranging from two- to three-dimensional materials, Southwood’s artistic practice revolves around the interior landscape of the individual. Through the sensitive handling of the materials coupled with the sophisticated manner of expression to which her ideas translate, Southwood lures the viewer to engage intimately with her pieces.

Southwood’s autobiographical works permeate nostalgia and question gender stereotypes amongst other concerns. Each piece translates as a considered and meditative scrutiny of the female psyche. The title, Suspension of Disbelief (2014), is derived from a phrase coined by the Romantic poet, Samuel Taylor Coleridge, and pertains to the need to forego that which is believed to be possible in reality and to believe, instead, that the impossible is plausible within a fictional context for the sake of enjoyment. In much the same manner, the gracious figure engaged here expresses a beautifully sleek outward appearance, deliberately obscuring a sense of inner turmoil. This kind of imagined presence is most eminent in Suspension of disbelief and similarly references associations of domesticity and femininity which are considered as tools able to conceal repressive situations reinforced by the artist’s tempered, unsaturated use of colour that blocks out the bronze structure of her pieces.