Gillian Ayres is one of Britain’s best-known abstract artists and globally, is one of the leading abstract painters of her generation. Some of her many prestigious recognitions include having been shortlisted for the Turner Prize in 1989; becoming a Royal Academician in 1991 and being named Commander of the Order of the British Empire (CBE) in 2011.

Ayres was born in London where she developed a keen interest in art at a school level. In 1946, at the age of sixteen, she was accepted to the Slade School of Fine Art, however she was too young to enroll at the school. Instead, she trained at the Camberwell School of Art between 1946 and 1950. Following her graduation and whilst pursuing a career in art, Ayres spent much of the 60s and 70s working in a number of teaching posts – including that of Senior Lecturer at the St Martins School of Art. By 1981, Ayres left her teaching career and moved to Wales where she began to practice art full-time.

Ayres’ earlier works are comprised of thinner acrylic paints and simplified forms, whereas her later works – those for which she is best-known – are characterised by thick, expressive impasto daubs of oil paints in an array of colours. In response to the art of the Abstract Expressionists in America and Europe, Ayres and her contemporaries favoured entirely non-figurative work, creating their own visual language of abstraction. Alongside her output in paint, Ayres also produced a number of prints, even developing new methods working with carborundum and hand-painting within the printing process.

Following her debut exhibition at Gallery One, London in 1956, Ayres went on to exhibit at some of the world’s most highly regarded art institutions such as the Museum of Modern Art Oxford; Serpentine Gallery, London and the Royal Academy of Arts, London. Her work is held in the collections of numerous galleries, including Tate, London; the Victoria and Albert Museum, London and the MOMA, New York. 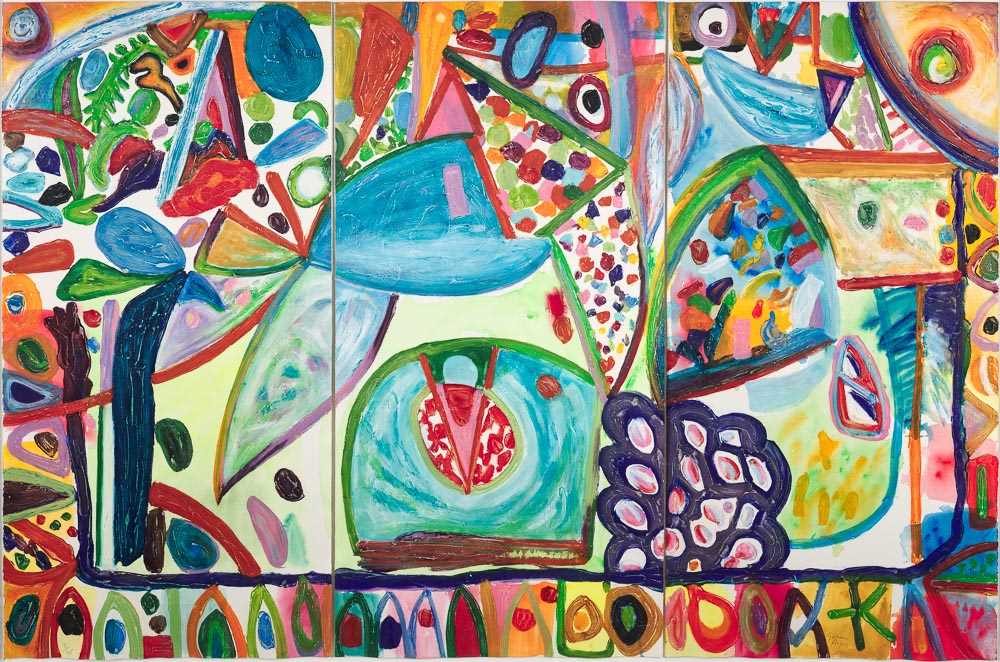