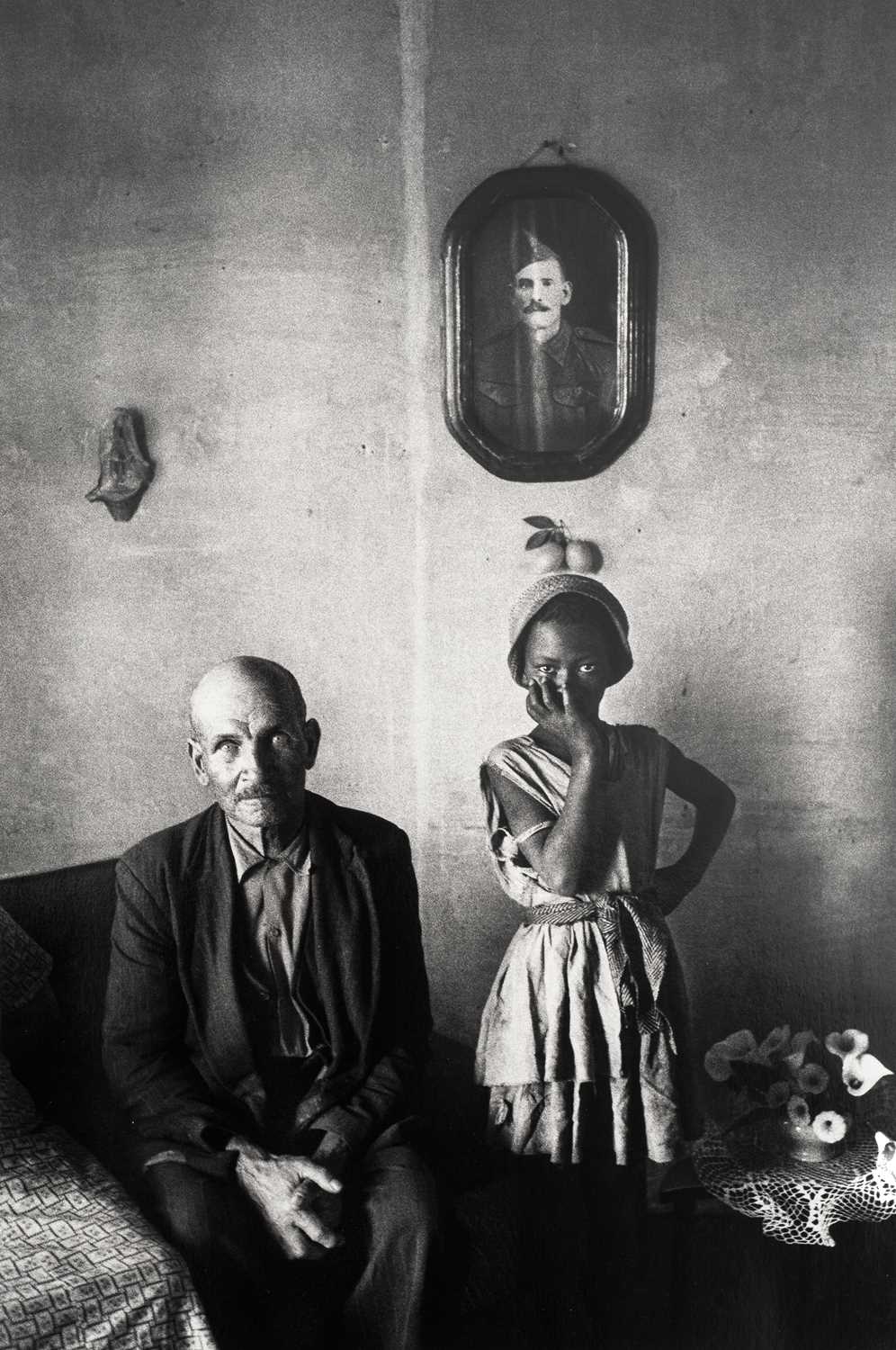 
The condition is mint.

Other editions of this work are held in the permanent collection of The Jewish Museum, New York, and The Art Institute of Chicago.

David Goldblatt’s critically acclaimed series Some Afrikaners Photographed marked his entry into full-time photography in the early 1960s. It was during this period that he began to explore and document working-class, rural Afrikaner people, initially around the Randfontein district west of Johannesburg where he was also born and raised. Goldblatt’s subjects were small-plot owners, descendants of families impoverished following by the Anglo-Boer War (1899–1902). Further afflicted by drought and the Depression of the 1930s, many had lost their farmlands and become displaced, with some migrating into the cities whilst others subsisted on small agricultural plots – many living as ‘bywoners’. The photographic essay for Some Afrikaners was completed in 1969 and published in 1975. In 2007, a new book Some Afrikaners Revisited was published which, with the exception of one image, included all of the photographs reproduced in the first book in addition to 20 never-before-seen photographs taken at the same time. This image of an elderly man, described as a pensioner, photographed with the child of a servant, in what appears to be the ‘voorkamer’ , taken in 1962, is one of the central works in the series and appears on the cover of the book.