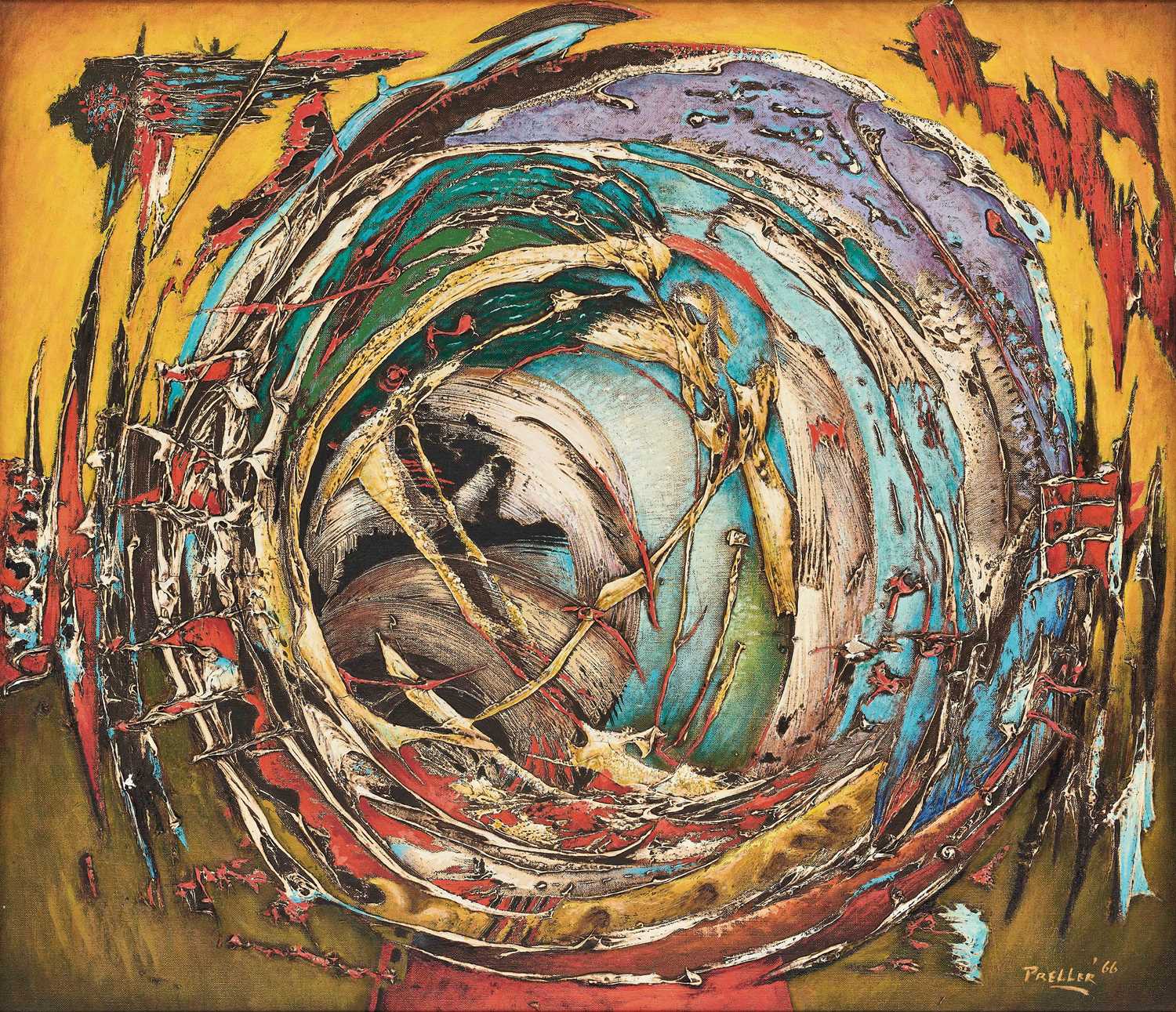 oil and gesso on canvas

Cracking in areas of impasto paint.

oil and gesso on canvas

Circles of Life (1966) is a forceful and vital work painted during a short, but important period in the mid-sixties, when Alexis Preller stepped away from his familiar and established aesthetic to create a body of abstract works – which today are instantly recognisable and widely-celebrated as ‘classic’ Preller.

In the period from 1959-1963, Preller had been consumed with work on the mural Discovery (of the Sea Route around Africa). His third and ultimately most important commission, the work measured a monumental 3 x 12.75 metres and was installed at the new Transvaal Administration Building in Pretoria

A mammoth project, the artist had been married to this mural for 4 years and it is not surprising that once relieved of it he wished to venture into new territory. In a radio interview in 1964 with art critic and broadcaster Harold Jeppe and art historian Esmé Berman, Preller described his thinking:

I did realise after the mural that I had reached a psychological moment – that I would virtually have to start all over again ... Now people can quite obviously say that I am deriving from the abstract painters of the day. And I am doing it quite deliberately; because while l was busy with the mural, three, four years had gone by and I realized that the studios right around the world were being concerned with this idea of something that has nothing to do with figuration at all.

What followed was a period where Preller wholeheartedly embraced the abstract form. The artist’s biographer Karel Nel notes that, “Alexis Preller's pleasure in creating his gestural abstract paintings of the mid-sixties was clearly evident in the spontaneous vitality of those creations. His emotional response to the mystique of the celestial bodies was invested in the kinetic action of his painting arm. Thick paint, laid on in swirling movements, created circular and spiralling forms, which mimicked the motion and the radiance of the stars and, especially, of the sun”.[2]

It is only regrettable that many of Preller’s paintings, especially from this time, have left his home country, South Africa. Scattered across the globe in the collections of emigrant families, Nel explains that Preller’s later works were, in particular, “affected by the exodus during the 1970s; and among those works are many of the missing abstract paintings”.[3]