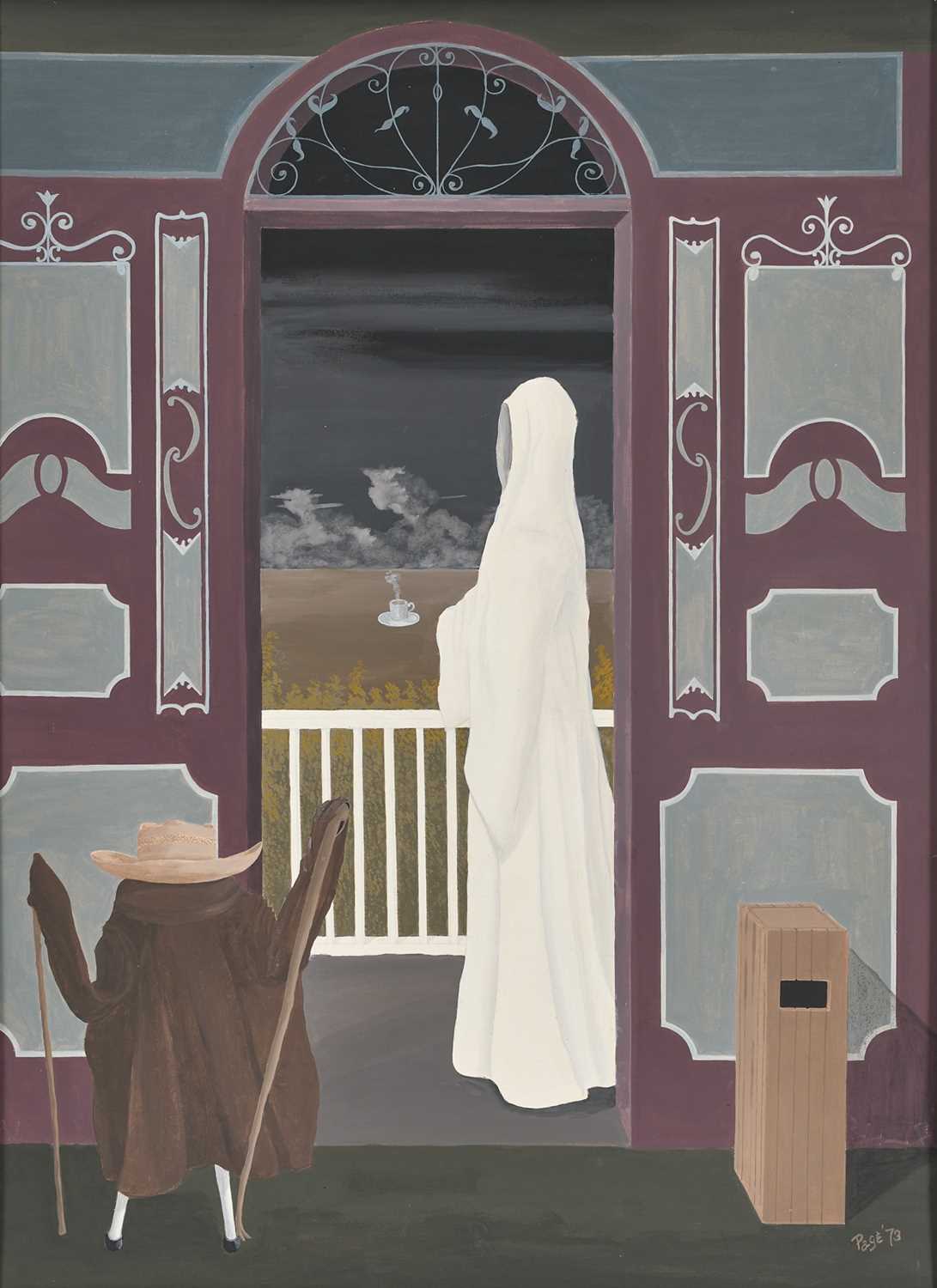 acrylic polymer on board

acrylic polymer on board

Fred Page’s paintings always challenge the viewer. Working in relative isolation in Port Elizabeth between 1947 and 1980, his works are stylistically and technically unlike anything in South Africa at the time. His compelling and fantastical paintings are marked by a reduced monochromatic palette and dramatic contrast and portray strange, eerie scenes with a sense of oddness and disquiet.

Page has often been pigeon holed as a surrealist and there certainly are similarities between the 20th century avant-garde movement’s illogical, often dream like scenes and Page’s bizarre and irrational juxtaposition of images. The artist, however, resisted labels, dismissing perceptions of himself as deeply intellectual and rather describing himself as “a very normal person” who simply put his thoughts and fantasies “out there where people can see them”.[1]

The artist refused to offer concrete explanations and this, in many ways, is a great gift. Interpretation remains open, each image resonating with possibility as Page invites us to explore and interrogate his pictorial world.In Tomorrow Belongs to Us (1973) a solitary figure cloaked in a white robe appears to hover on a balcony between two wide open ornate doors, while they look out at a coffee cup seemingly floating in the distance and dark clouds on the horizon. Page has been described as very withdrawn, according to art historian Esmé Berman, he lived an “isolated existence as a recluse in a single, darkened room in a Port Elizabeth boarding house”.[2]

Viewed in this light, one may understand the painting as depicting the fraught inner world of a lonely artist? But the title, Tomorrow Belongs to Us may allow or encourage other interpretations of the figure – as contemplative, hopeful or even insightful. As Marion Arnold succinctly noted in her exhibition opening address of Fred Page’s 1992 exhibition at UNISA, “His images are compelling, not because they are macabre but because they resonate with possibility, seeming to contain truths about moments of existence which can be expressed only in visual equations”.[3]