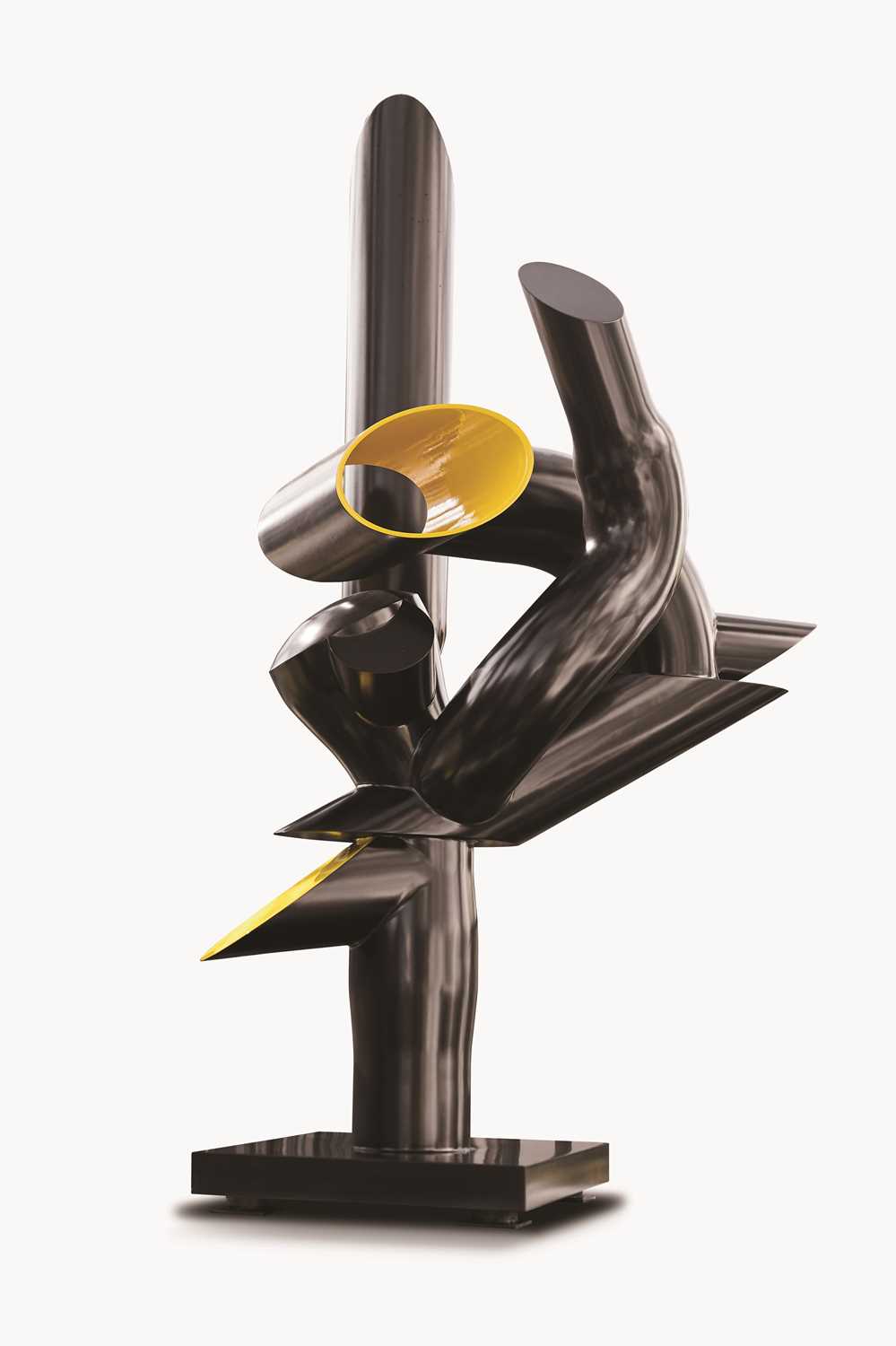 Acquired directly from the artist, November 1989.

This work was from Edoardo Villa's personal collection and was displayed at the artist's home in Kew, Johannesburg until 1989.

Knowing that this work is from Edoardo Villa’s personal collection and was displayed at the artist’s home in Kew, Johannesburg until 1989, not only confirms Villa’s conviction that this was a successful and pleasing work but also affirms his attachment to this sculpture. We may well imagine the pleasure he would have taken in admiring it while enjoying a coffee or lunch with his beloved wife and friends.

Karel Nel and fellow authors of the Villa at 90 monograph refer to the late 1980s as a ‘simplifying pause’ in Edoardo Villa’s career in which he restricted himself to working with bold elements … in which “colour emphasises the dialogue between the interior and exterior parts of the work, with startling bright yellow inside the pipes asserting itself against the sombre black of the exterior”.[1]

In the series of works titled Metamorphosis, Villa employed powerful organic shapes in conjunction with sleek industrial forms as if to challenge the apparent contradictions between the natural world and the built environment, the latter developing increasingly rapidly from industrial innovation. “Villa seems to revel in an almost Baroque feast of varied, bold, twisting, stretching, expanding, massive open shapes. Growing from a single stem, the explosion of rampant forms sometimes stretch to over 3 meters in height, challenging space”.[2]

This new ground-breaking formal language was made possible through steel, which became a liberating medium, enabling the artist to break away from the traditional labour-intensive and time-consuming methods of carving or modelling and casting that were still favoured by many local sculptors.In contrast, steel enabled Villa to work directly by employing a constructive method to create large scale sculptures that complemented the increasingly sophisticated urban environment of cities like Johannesburg. Steel also facilitated his break with earlier mimetic imagery in favour of developing a bold new formal language that, while non-representational, hinted at abstracted figures and varied relationships.