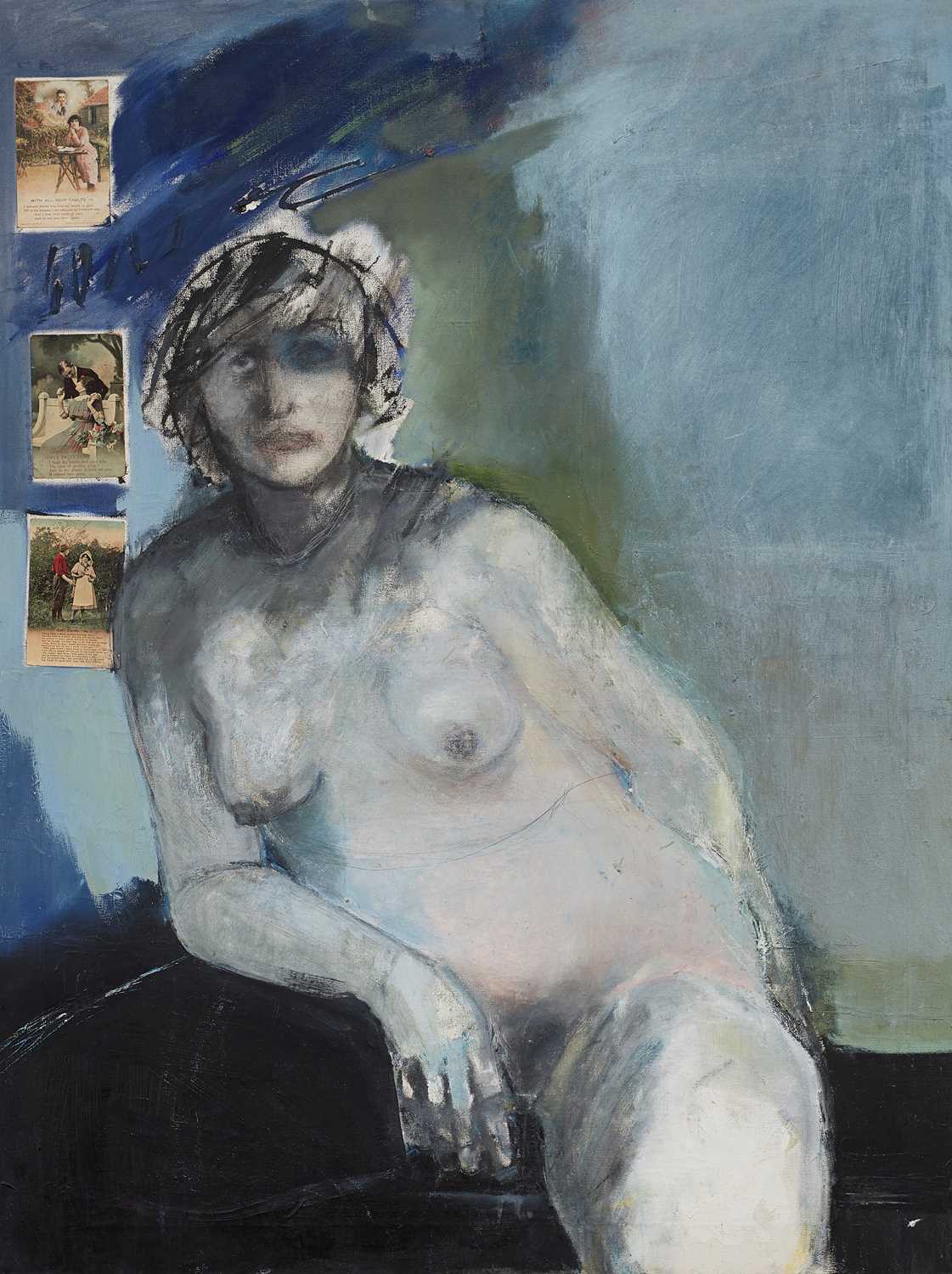 Marlene Dumas has been described as ‘perhaps the most celebrated living female painter of the human form, and certainly one of the most provocative contemporary artists’.[i] Her art has been acknowledged with solo exhibitions at many prestigious international museums, such as the Museum of Modern Art in New York and Tate Modern in London, and celebrated locally with a mid-career retrospective entitled Marlene Dumas: Intimate Relations at Iziko South African National Gallery and the Standard Bank Gallery, jointly curated by the artist and the author.Love Lost was commenced when Dumas was only 20 years old. Emphasising the importance of this early work for the development of her later concerns, the artist, in conversation with the author,[ii] described the painting as one which was to prefigure many significant later works and themes. With their unflinching approach to love, sex, politics, race and death, Dumas’ works resonate with contemporary art lovers. Her profound empathy, and her sense of ethics, stem no doubt from encounters in her first year at the University of Cape Town with respected philosophy Professor, Marthinus Versveld, as well as from her studies at the Institute of Psychology, University of Amsterdam, in 1979 and 1980. In a world grown increasingly inhumane, she calls us to account for our personal relationships as well as suggesting wider accountability for the world in which we live, and which we construct daily through our choices and actions. Dumas wants us to examine how our choices impact those nearest to us, as well as those in our wider circle of influence. In this, as in major later works, Dumas favours a technique of applying paint and removing it to allow the canvas-textured surface to be read as flesh, evident here especially in the face, breasts, upper arms and hands – amongst the most expressive and vulnerable areas of a woman’s body. Interestingly, in 1973, Dumas was using thinners to erase the images of women in Scope and Vogue magazines,[iii] commenting not only on censorship and what was permissible in an increasingly draconian society, but rejecting prescriptive images of women and exploring a more fecund multiplicity that was to find echoes in her paintings of that time and throughout her career.

Exploring what lies hidden, by peeling away layers of information to expose the underlying canvas or skin, was to become a crucial methodology in many significant paintings.With its atmospheric colour palette of olive greens and inky Prussian blues, Love Lost is amongst her earliest works exploring the experience of love found and lost. We all know the foundational nature of first love and its power. “First love fixes a life forever”, as Julian Barnes so eloquently articulated in The Only Story. The transformative experience of love found and the profound impact of love lost are experiences central to our humanity, raising questions of how we relate to one another, not only sentimentally in picture postcard renditions of Victorian England, but in the very core of our being. Here, the effects of these profound emotions are recorded in the personal experience of a young woman whose tousled hair and body are not unlike those of the young artist herself.Dumas’ expressive painting is at once seductive and compelling. Yes, this is a gorgeous young woman sitting naked and objectified before us, but the way in which she frankly looks back and engages the viewer makes it infinitely clear that whatever might transpire later, would have to be negotiated on her terms.

Aspire Art Auctions set a new bar for the market in its Autumn 19 Auction in Cape Town, with a South African auction record for its cover lot.